Wizards, zombies, werewolves and angels brought together with Signal the Clans to wreck havoc on the multiverse.

The deck is named as such because it started out as a Wizards tribal deck and its star was (and still is) Havengul Lich.

The sideboard is built with Signal the Clans in mind so you can do things like:

Against Hexproof Aura: Well. This is my worst match-up. I can't think of anything good to signal now that Clone s don't kill opposing Geist of Saint Traft s ... For people who aren't aware: Legend Rule Change

Against Mid-range: Signal for Geist of Saint Traft / Acidic Slime / Thragtusk / Huntmaster of the Fells Â  / Slayer of the Wicked . The star of the deck. Provides a never ending stream of gas if he stays and generally goes to win the game from there. Works especially well with flash creatures as you can cast them from your graveyard at any time for just 1. Eg Restoration Angel, Izzet Staticaster and Snapcaster Mage. Also gains any activated ability of your target, which makes reanimating an Izzet Staticaster an instant 2 damage to any creature for 2RU. Flash. Flicker creatures with ETB effects like Huntmaster of the Fells Â  and Snapcaster Mage. Works great with the Izzet Staticaster as well. 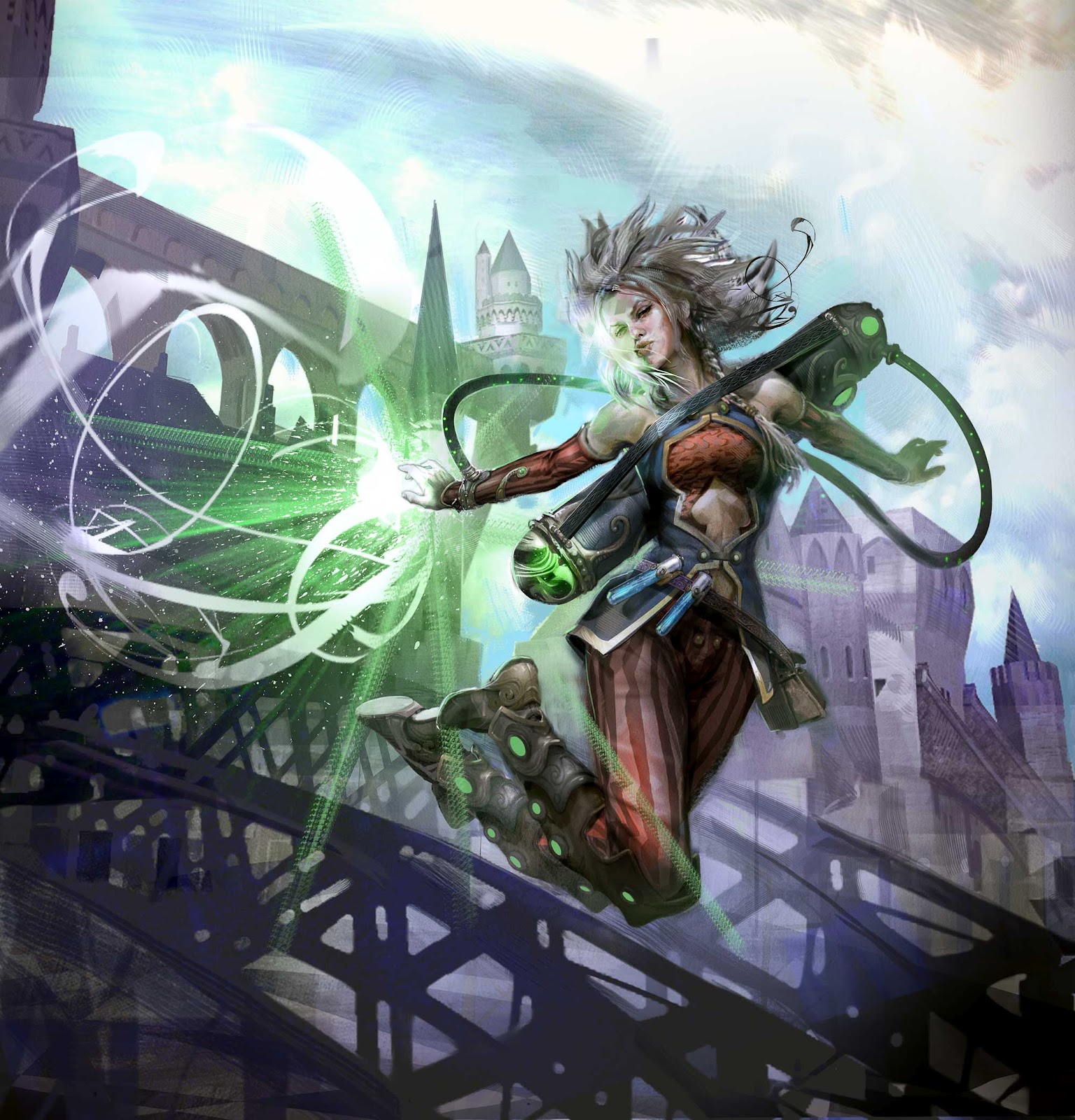 Flash. Haste. Instant 1 damage to anything on the battlefield. Really good against aggro decks or people running Lingering Souls. Pair with Nightshade Peddler to wreck creature based decks. Huntmaster of the Fells Â :

You get two 2/2 bodies, 2 life and a potential to do 4 points of damage should it flip (which you generally try to let it do so as almost everything in the deck plays at instant speed). An end step Snapcaster Mage into say, Turn / Burn helps flip it back for more value as well. When paired with the Nightshade Peddler , he deals deathtouched damage when he flips to the Ravager. Pseudo-tutor. Very versatile and the random element isn't quite as bad as people think it is. Fetching either a Nightshade Peddler / Izzet Staticaster can help set up the combo. Getting a Huntmaster of the Fells Â  / Thragtusk later in the game gives you a solid 4-5 drop to play and a Snapcaster Mage gives you the potential to do it again should you need to. Also works well with the sideboard. In short, it's like a Think Twice but you are guaranteed a creature.

Newest addition to the deck. Replaced my Searing Spear s for this. Turn works exceptionally well with Izzet Staticaster as you can nullify Thragtusk s, Boros Reckoner s and almost everything else (even Predator Ooze) by making it a 0/1 weird and pinging it to death. No LTB effects will trigger as well. The burn part isn't quite as strong as Searing Spear but you can't have everything unfortunately ...

Reset counters on creatures which you can't otherwise tackle without the help of Nightshade Peddler +Izzet Staticaster / Turn / Burn and helps set your opponents back a few turns while you stabilize. Can also be used to save your own creatures from spot removals / board wipes.

Ramp and fix. Use this to tutor for a Hallowed Fountain / Blood Crypt / Watery Grave / Sacred Foundry.

Helps race against other midrange decks, invaluable against control and a great place to dump excess mana late in the game to close a match. Suggestions and comments are more than welcome!

Huntmaster of the Fells Â Flip made a huge impact in this. Flipping back and forth, picking vampires off the board. He eventually resolved a Curse of Death's Hold and killed all my Nightshade Peddlers and Snapcaster Mages off. I kept the momentum up with Signal the Clans to look for Restoration Angel, Huntmaster of the Fells Â Flip and Thragtusk and finished him off. Game 2 went pretty much the same way, he didn't draw any relevant removals (he drew Victim of Night which doesn't affect the huntmasters) so I took the game.

Played against the organizer. Been awhile since I've played him so it was really interesting. He had the zombie shell but splashed blue for Diregraf Captain and the like. First game ended for me badly, he smashed my face in with triple Diregraf Captain with his horde of zombies. Second game I sided in my Deathrite Shamans to deal with his zombies. Didn't draw them in the game though but I managed to pair a Nightshade Peddler with Huntmaster of the Fells Â Flip and kept them alive with Unsummons and Restoration Angel. Game 3 went pretty much the same way but I managed to signal for a Deathrite Shaman using Signal the Clans and turned his Geralf's Messenger into a 0/1 weird without undying. This point in the game was crucial because he had another Messenger in hand and I was on 3 life. I blocked his 0/1 weird with my Deathrite Shaman and pinged his 2 Gravecrawlers with Izzet Staicaster. Went down to 1 life and I managed to signal for a Nightshade Peddler which got paired and finished his other Messenger off and while the undying trigger was on the stack, it got exiled with Deathrite Shaman's ability.

He eventually killed my Staticaster and resolved 2 Skirsdag High Priest to make a demon on the next turn. He was on 5 life though so attacking with my creatures proved too much for him and I got the game.

This guy has been playing FNMs ever since I started and is quite experienced. His new deck revolves around Lingering Souls, Sorin, Lord of Innistrad, Boros Reckoner, Obzedat, Ghost Council, Restoration Angel and various burn spells like Mizzium Mortars and Warleader's Helix.

It was pretty tough and I got blown out in game 1 because of a misplay, by overextending and playing Havengul Lich when there was absolutely no need for it. His overloaded Mizzium Mortars took my board out and he proceeded to beat me down with Boros Reckoner x2 and double Warleader's Helix to the face.

Game 2, I expected some graveyard hate so I sided in Acidic Slime and Vraska the Unseen. It's also something to deal with his Oblivion Rings. I managed to ping most of his guys off with the paired Nightshade Peddler + Huntmaster of the Fells Â Flip. Won Game 2 quite decisively as he got mana flooded.

Game 3 was the highlight of the day. I resolved a Deadbridge Chant and Vraska the Unseen. Vraska did a lot of work in that game by killing his Restoration Angel, High Priest of Penance and Boros Reckoner. He got really close to burning me out with all his life loss and burn but I managed to draw a Signal the Clans and signaled for a Restoration Angel / Thragtusk / Huntmaster of the Fells Â Flip with another huntmaster in play and got a Thragtusk. Resolved it, and proceeded to win the game with Kessig Wolf Run.

Went 3-0, so I got first. Opened an Angelic Skirmisher and Whispering Madness along with a copy of the FNM promo of the month, Judge's Familiar.

Overall, I felt really good about how the deck has evolved. Signal the Clans has been invaluable and I'm definitely keeping it in.

The Power of the Hive (All-in Slivers)