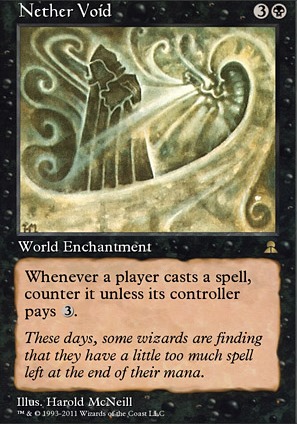 Whenever a player casts a spell, counter it unless its controller pays .

Nether Void occurrence in decks from the last year

The Broken Earth
by Agp548 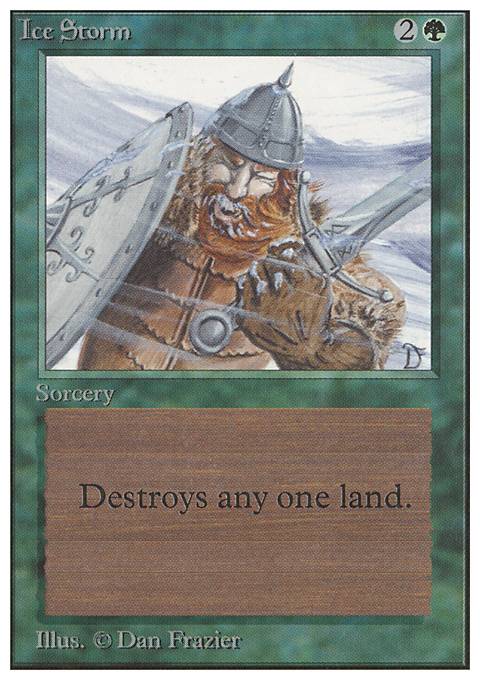 I Hate My Pals, a Alela EDH Deck
by gelatinwarrior

@Wicker of course! I would definitely toss in

Those are the most expensive additions I can think of.

Invoke Prejudice is certainly a card we cannot afford to run. Whilst Yuriko is very blue in nature and is mainly colored mana (barely any colorless sources), it is still a whopping . This is way too demanding and would essentially come out turn 6 or so. The effect itself is also subpar, as yuriko is almost always on the field, meaning a creature has to be strictly not or . Land Equilibrium these days has just become too slow. In a turn 3 format like this, we really need to be answering game winning combos or dishing them out ourselves, and land equilibrium unfortunately provides neither in here. Nether Void is definitely playable in Yuriko, as both Yuriko and all other Ninjutsu avoid having the pay the . That being said though, I think the fact it costs 4 mana to bring out is highly problematic, as it doesn't do enough for it's CMC. This particular list, 5 mana is "end the game", so 4 mana should be borderline doing that, ala Sakashima the Impostor or Insidious Dreams . The Abyss we unfortunately dont break parity on enough to break, but even in cEDH in general it is barely playable because of it's hefty casting cost.

I'm really loving this list, and I'm adapting my existing Yuriko to be similar.

What's your opinion on other stax effects that Yuriko can effectively bypass? Depending on meta I see some room for customization here. To me it looks like Invoke Prejudice , Land Equilibrium , Nether Void , The Abyss , Oppression , and others could be useful based on meta calls, and Yuriko should remain largely unaffected.

I want to give this list a shot but don't have and cannot currently obtain a Nether Void , Chains of Mephistopheles , and The Abyss . Barring proxies, do you have recommendations for budget-friendly alternatives? Are Possessed Portal , Pox , and Painful Quandary decent replacements?