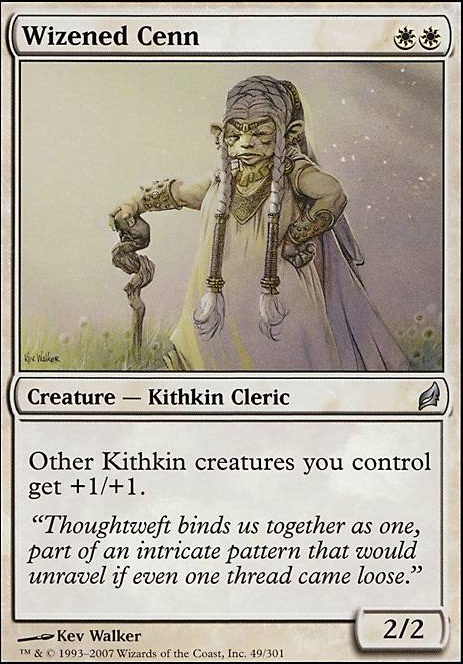 Other Kithkin creatures you control get +1/+1. 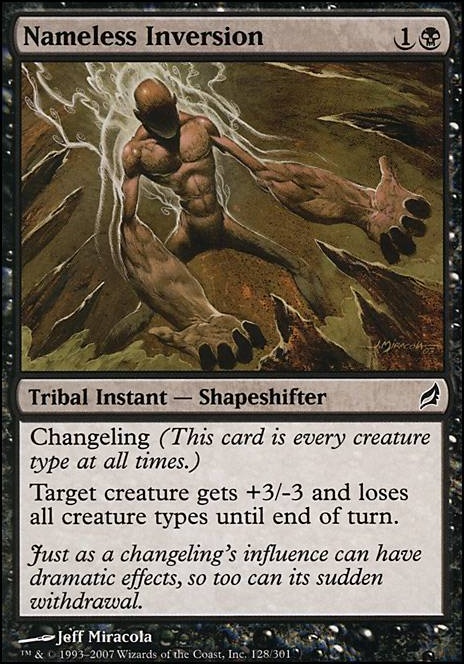 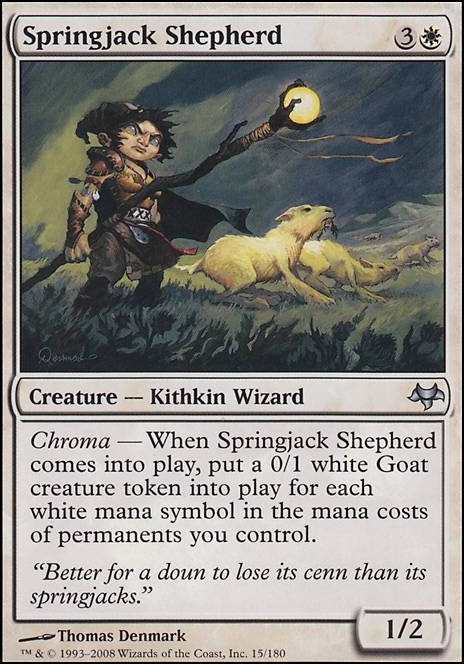 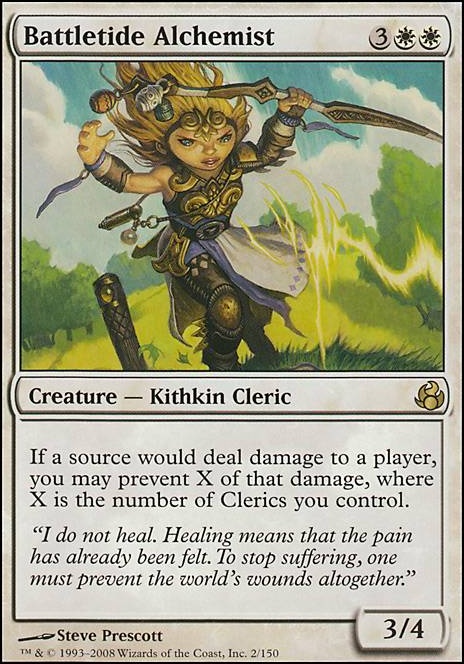 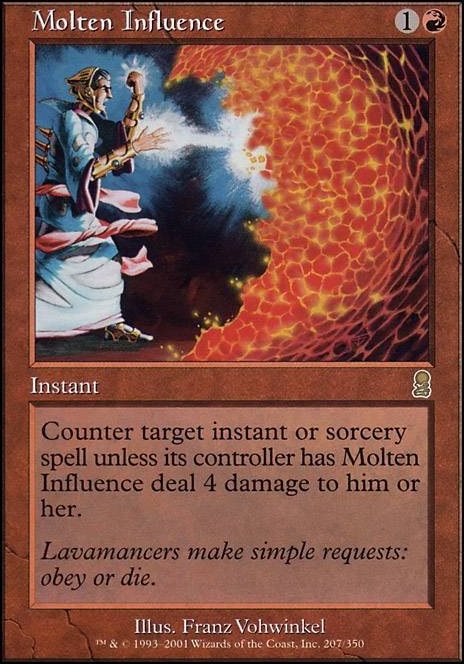 zephyr_chang you seem to have forgotten that they are not just 1/1's and 2/2's they get buffed from card like Wizened Cenn and Honor of the Pure and get protected with Brave the Elements. despite there lack of power i tend to have at lest 2 creatures out almost all the time and yes the opponent has some creatures as well but i can ether exile them with Path to Exile or make my team unblockable with Brave the Elements and if all else fails i swing in the air with Spectral Procession that can get buffs from Honor of the Pure.as for the lands, i am well aware that theirs is only 18 lands, this deck can not risk the chance of it getting mana-flooded, it needs to keep drawing gas or it will fizzel, yes not a lot of mono decks run fetches but with the life gain from Knight of Meadowgrain and the need to keep drawing gas i can afford it

I thank you for your interest in this kithkin deck, however this is my casual variant if you truly wish to asist in my competitive kithkin deck please check it out here: Kithkin's for the win 2.0

Appearances can be deceiving; diminutive stature aside, there's actually a good degree of tension between the Dwarves and the Kithkin.

The Dwarves want you to play artifacts--lots of artifacts; the Kithkin are really more synergistic with each other than anything.

If you want my opinion, the Kithkin are simply better. Wizened Cenn, Burrenton Forge-Tender, and Goldmeadow Stalwart are all possible additions. Thistledown Liege is another.

No matter what you do, I'd recommend upping the count on Knight of Meadowgrain and Figure of Destiny to 4 apiece; they're the best creatures in your deck at the moment.

You should also work towards switching those Kinsbaile Skirmishers out for Wizened Cenns eventually since the Cenns provide a constant boost in power/toughness.