Heroic â Whenever you cast a spell that targets Phalanx Leader, put a +1/+1 counter on each creature you control.

Phalanx Leader occurrence in decks from the last year 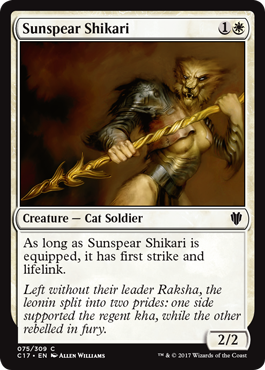 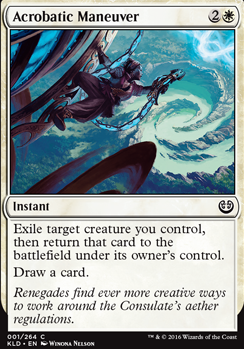 For The Polis!!
by Dacecifo

I think if you playtest this you'll find your creature count a bit lacking. You appear to be running the real risk of only having 1 or 2 creatures the whole game and all Enchantments.

Personally, I would remove 2x Bequeathal since you don't have many creatures as it is, and you need to be protecting them rather than letting them die for Card Draw.

That'd let you add in 2 more Phalanx Leader so you can really play off his mechanic. Possibly some other minor changes too, but this one really stands out to me.

Looking a LOT better though!

Neat build! Although, you're running into the same problem I did with my Mono-White Aura Deck using Hero of Iroas and that's that his Aura reduction isn't helping you at all using 1-mana Auras (as is preferable with these types of builds I've found).

If you don't need his Aura reduction, then Phalanx Leader offers a MUCH better Heroic ability trigger...literally the same as Hero except it hits all creatures you control.

You can take a peek at my deck build if you want further suggestions, but I've found Hero not to be really worth it ultimately. As it stands now you've only got 2x Unflinching Courage and 2x Bear Umbra that he'll even work on to reduce costs, and neither of those is particularly high cost to begin with.

I think Phalanx Leader is one of the all-around best Heroic cards if you're looking to go that route. You should certainly run 4 of him.

I also recommended Prison Term recently on another build, and I think it'd suit you better here than Pillory of the Sleepless. I like how with Prison Term you can throw it onto any old critter and just let it sit there until a real threat comes along. Plus, a lot of builds seem to run off activated abilities which Pillory may not save you from.

Just my 2 cents though, nice job either way (I love Orzhov color decks in general) +1

Also, I've found with my Mono-White Aura build that keeping "ramp-up creatures" (be it with Enchantments, +1/+1 Counters, w/e) protected from target destroy & return-to-hand effects. The Mono-White Counterspell options like Rebuff the Wicked and even Mana Tithe can be really useful in combatting this.

All that said though, I really like the build & the idea! +1

Not super familiar with the non-pauper builds of this deck, but it seems like you would want more enchantments to target your heroic creatures. The pauper deck runs: Cartouche of Solidarity, Ethereal Armor, Hyena Umbra, and Sentinel's Eyes. I actually found your deck because the above comment mentioned Wingsteed Rider. I really wish there was another heroic card to add to the deck, but I'm not sure Wingsteed Rider is going to be good enough. A downshifted Phalanx Leader would be killer for the pauper build.

Who says commander cost a lot of money! Nice Ultra budget build. Since you are aiming on cheap cards maybe add Phalanx Leader. An almost free card and perhaps in the free bulk box at a local game store. Targetting him with one of the instants in your one time effects poule, buffs the whole team. The Gideon spellbook version of Shielded by Faith is also cheap, bought mine for 50ct. Both cards mentioned synergizes well together.