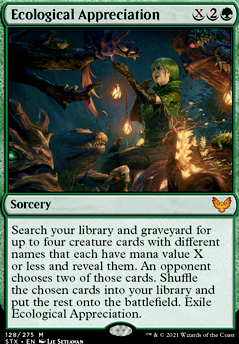 Search your library and graveyard for up to four creature cards with different names that each have converted mana cost/mana value X or less and reveal them. An opponent chooses two of those cards. Shuffle the chosen cards into your library and put the rest onto the battlefield. Exile Ecological Appreciation. 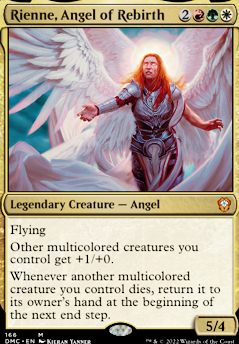 Ooze-Shoes Playin the Blues
by enraged 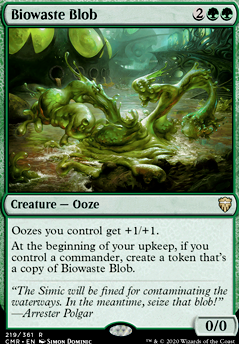 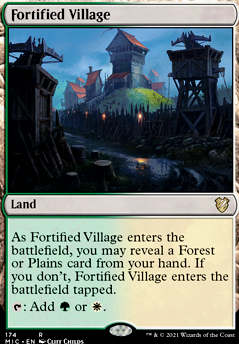 Merens Slits and Skulls
by spongebrick

CyborgAeon: Yedora, Grave Gardener is unfortunately too costly for a value/protection spell, especially when most of the hate I encounter is targeted and 5 mana for some synergy isn't really feasible.

As for Ecological Appreciation , it's really a worse Tooth and Nail and the opponents picking the piles makes assembling viable ones that much harder.

Just a heads up for those on the thread, you can stay up to date with the on-goings of the list, like the above-mentioned cards on the discord!

Here's what's being tested at the moment:

Ecological Appreciation is a really strong tutor for this, surely? At 5 mana you threaten: Scryb Ranger , Quirion Ranger , any of your winning dorks (even Lotus Cobra ), stax and more. Is there enough redundancy to make piles for this card?

I doubt it's great as I can't see many immediate gains, but Yedora, Grave Gardener does give the benefit of protection from wraths while giving you cards that can be returned with your rangers, rather than having to be returned with e-wit. Just wanted to make these known

One of my pet decks, Riku of Two Reflections Elfball, got a big boost from Strixhaven: Crackle with Power , Ecological Appreciation , and Pest Infestation . But that got me thinking: What are some other instants or sorceries with that same oomph behind them? They don't have to be x-spells. Thanks!

Mtg_Mega_Nerds on Top Cards From Strixhaven

All of the commands I think are very good. Ecological Appreciation is perfect for decks like Fynn, the Fangbearer because there are so many small creatures. I do think Dina, Soul Steeper is pretty cool as well, however not too thrilled about Galazeth Prismari still.