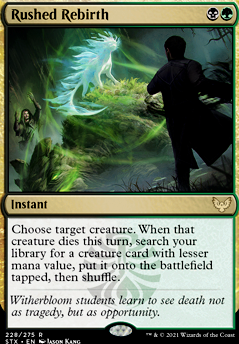 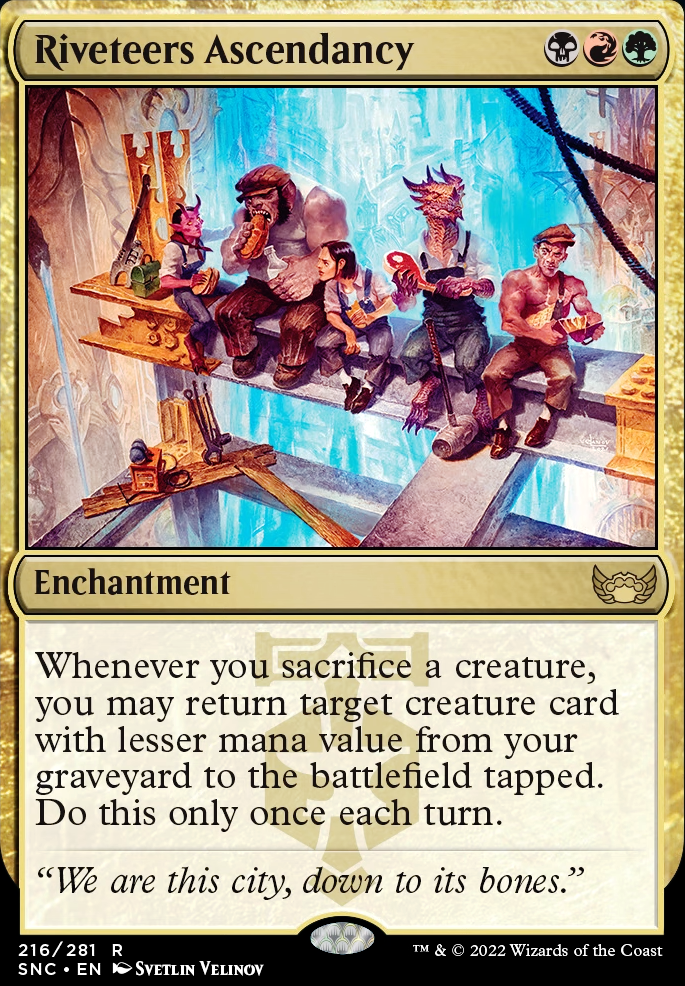 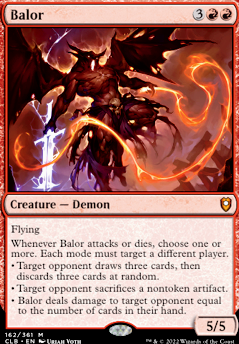 Swampy Bois Out The Bayou

Some really strong suggestions here and I will look to include as many of them as possible.

There are some cards here that I've considered, but crossed off. Hermit Druid is a card I like the look of, but in practice I've not really enjoyed it in the deck, just a personal preference. Cabal Coffers, Urborg, Tomb of Yawgmoth & Force of Vigor are just a little outside my price range for the deck right now, but I will add them to the maybeboard with other expensive cards I hope to include later down the line.

Rushed Rebirth is a really cool one I've not come across, so I will playtest with it. Thank you!

Swampy Bois Out The Bayou

Unless you run into bloodmoon or other nonbasic land hate alot especially for this deck you should add more nonbasics. Field of the Dead Cabal Coffers Urborg, Tomb of Yawgmoth and probably more.

Also with Dartmoor salvage the dredge land and your commander you effectively win. So if you prioritize winning I would almost suggest running as Many tutors as possible for it.

Rushed Rebirth is a cute card I've been playing with it might help find important creatures here.

Peer into the Abyss has been a allstar in a deck of mine. Half an opponents lifetotal and kill them or you draw half your deck. Both options can be game changing

Bolas's Citadel auto include in most of my black decks.

Profet93: Heya! With some testing, I can say the following:

Culling Ritual needs to go back in. It's just too good. I was scared off because it blows up most of my combo pieces, but I think I'll just have to sequence my play better ;)

Grim Hireling has been awesome, he almost always makes his mana back immediately. I expect to get 6 Treasures per turn with him.

Smell Fear usually gives me an extra snake or two plus trading a snake for something. It's been decent so far!

I'm tuning this deck back into a proper cEDH form soon, so we'll see where it goes :) Contamination and a couple more stax pieces back in? Going a little closer to Poisonball.

skeletonkey8: Hmmm. Just too easy to counter with spot removal, honestly? And there's too much exiling removal around, and I don't run many sac outlets. I'm not sure it'll be as good as I wish it were. Still, could try it over Survival of the Fittest perhaps.

KrarkTheAngryBoi: I tested that years ago, actually. It just was WAY too slow, and wiped my snakes every turn, and eventually killed Hapatra, leaving me with nothing. I wasn't a huge fan. Midnight Banshee was better, but still got cut :(

Culling Ritual - I know its testing cut but how did it play out for you while it had it's stay? Seems like a super powerful ritual, but getting rid of all of your artifacts aside from trinisphere, tokens etc... what did you usually funnel that mana into? Tutoring some combo line, creating an aggressive boardstate?

Grim Hireling - Seems slow, I would love to know how it plays out. Keep us in the loop!

Smell Fear - How has it played for you? Assuming you profilerate, tell your snake to bite someone?

Hired Poisoner , Massacre Girl , and Ochran Assassin also give some more options. You also want to take advantage of creatures dying, so cards like Rushed Rebirth , Blood Artist , and Sangromancer can offer some support.

cleandeceit: I appreciate the suggestion! I need to revamp this deck, stay tuned.