Dakkon Blackblade's power and toughness are each equal to the number of lands you control. Strictly better since deck thinning isn't real, and you're not benefitting from landfall triggers.

Cloak is pretty underwhelming. If you really want the haste, there's Lightning Greaves too.

Kamiz is just a better card that gives evasion and can't be attacked by creatures.

The MTG wiki believes that the legendary creature -> planeswalker character is Dakkon Blackblade , probably based off the art of him. They've also pinned down Jump-Start as one of the censored mechanics.

I know they just got reprinted last year I think. But I would greatly enjoy a secret lair with the different swords like war+peace, truth+justice, sinew+steel, light+shadow, fire+ice, feast+famine, and body+mind. I have always wanted copies of all of them for a jank Dakkon Blackblade Since there is a dungeons+dragons sword as well it could be fun to time that when that set would drop or something like that.

The set of Legends introduced both Legendary creatures and multi-coloured cards into the game. More important is the second for the sake of this comment.

Dakkon Blackblade , of the same set as Halfdane , oddly adheres to what we see today of the ordering, being .

More inconsistencies can be seen in Sol'kanar ()and Tetsuo Umezawa (), Xira Arien () and Vaevictis (), and, lastly, Angus () and Ragnar ().

Oddly enough, all of the four Naya legends ( Johan , Jacques , Palladia-Mors , and Hazezon Tamar) have the same colour ordering.

All of the two-colour combinations (except for Rakdos ?) are backwards from what we see today, yet are all constant.

The Dark's Scarwood Gobbo () is similar to Legends' mana costs, an ensample being The Lady of the Mountain () (my favourite card of all time).

The afield system seems to have been rectified in Ice Age, for it had Centaur Archer (), Diabolic Vision (), and Chromatic Armor ().

My concensus here is that WOTC did not have much of a grasp as to amounts and mana costs in the debut set, whereupon inconsistencies may be seen about the expansion, yet they righted this two releases later.

Not much is actually in this comment, but others may use this information as they wish to sieve through Magic's multi-coloured monstrosities.

The ruling for Octopus Umbra says it overwrites all other previous effects determining the enchanted creatureâs P/T, but the official text for Dakkon Blackblade doesnât specifically say âbase P/Tâ, only âP/Tâ. Does that make a difference?

Iâm assuming that it doesnât and his P/T would be set to 8/8 regardless of the number of lands you control and not essentially just give him +8/+8, but I wanted to double check with someone.

Thanks for your time! 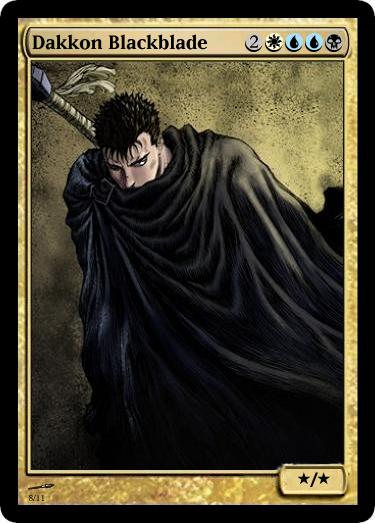 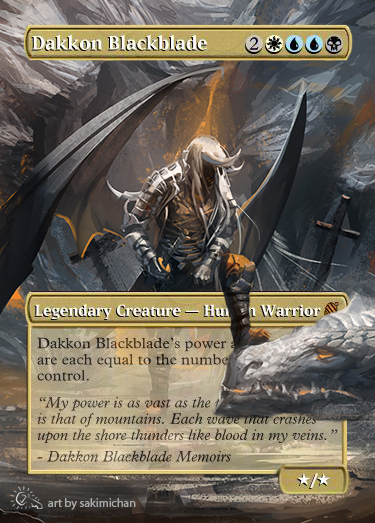 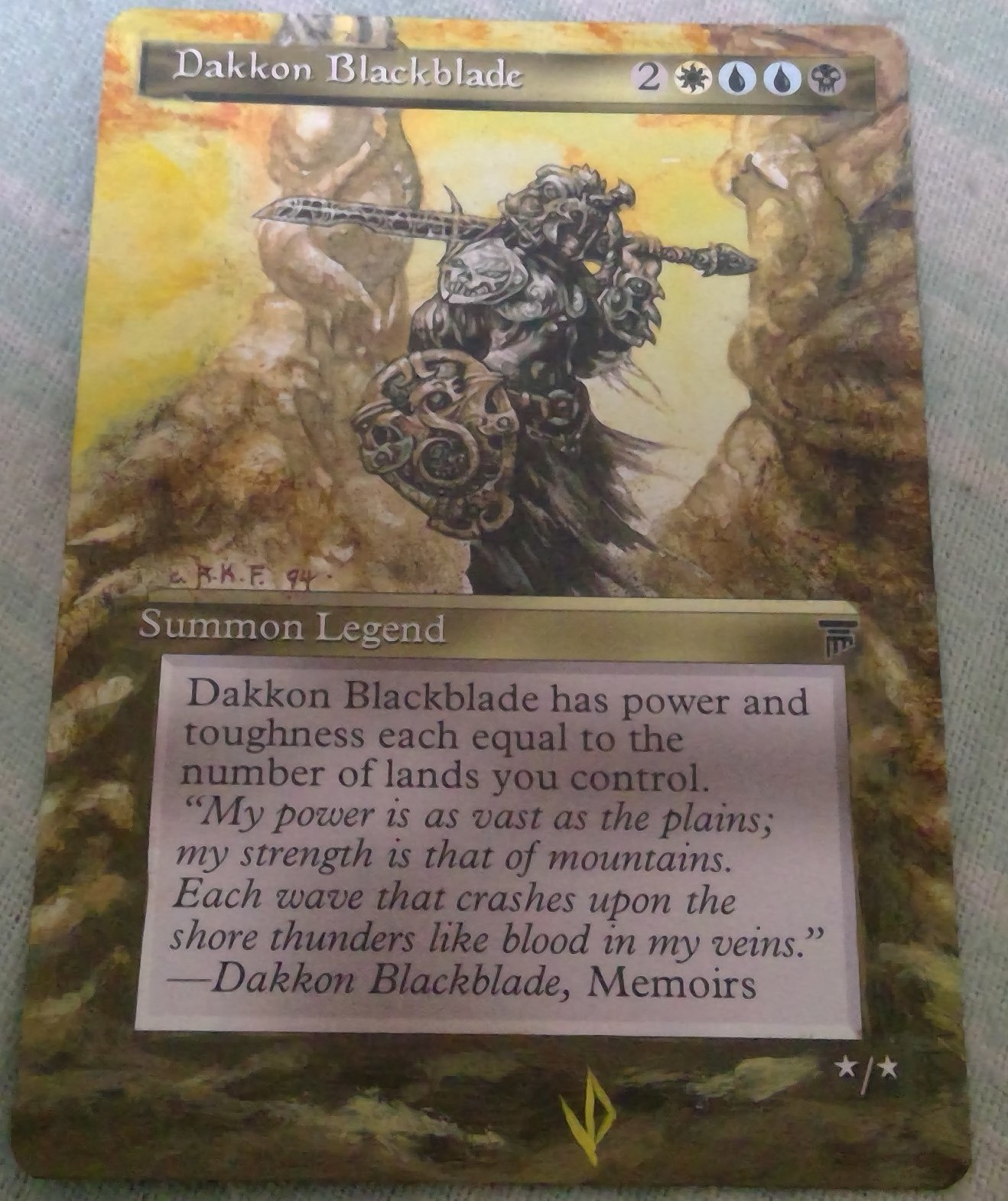 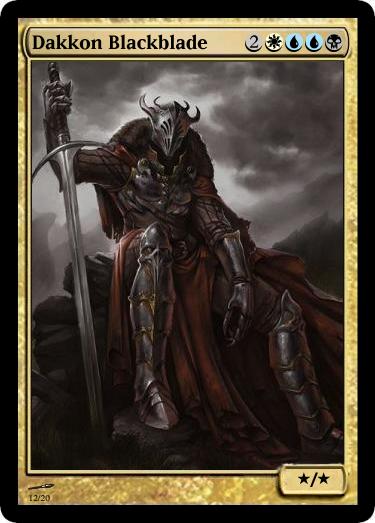 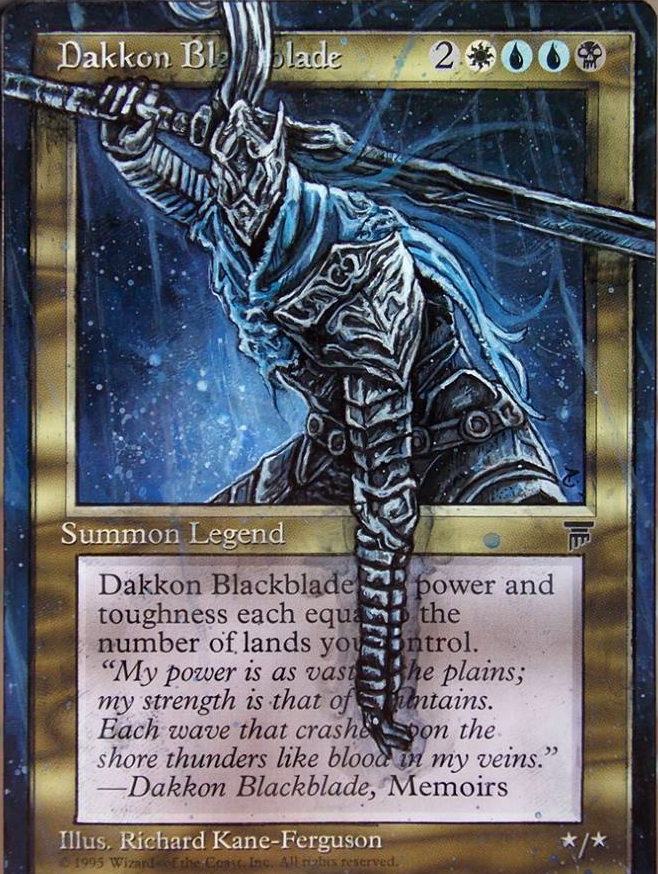 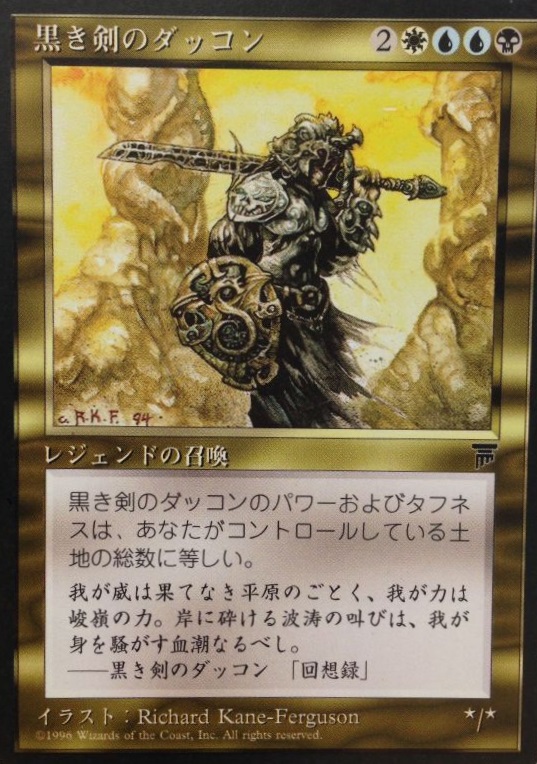 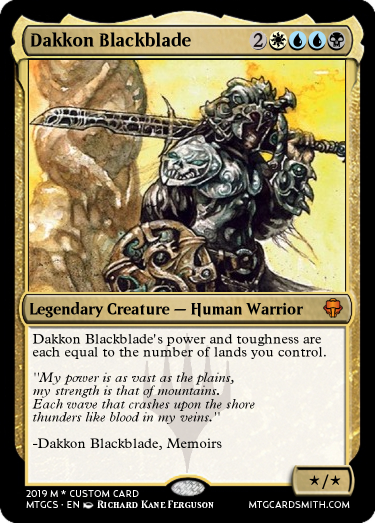 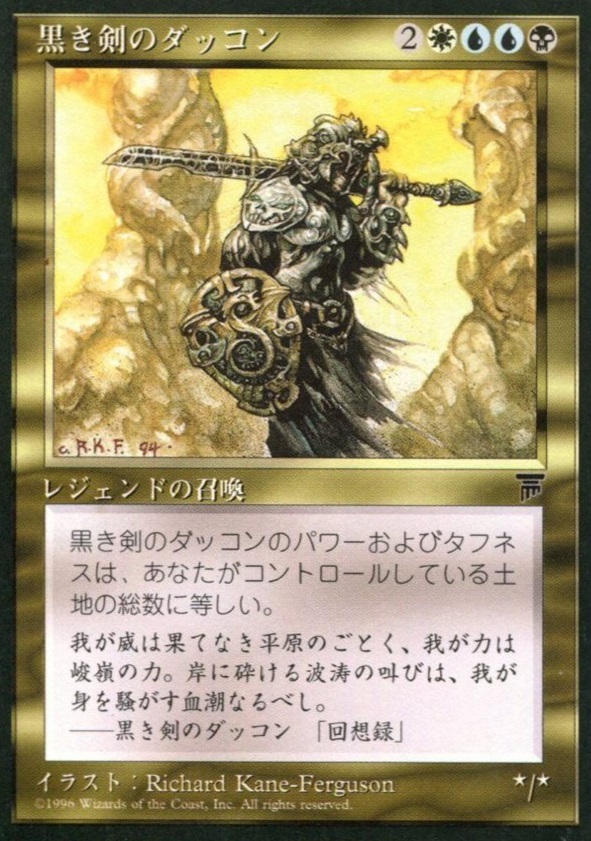 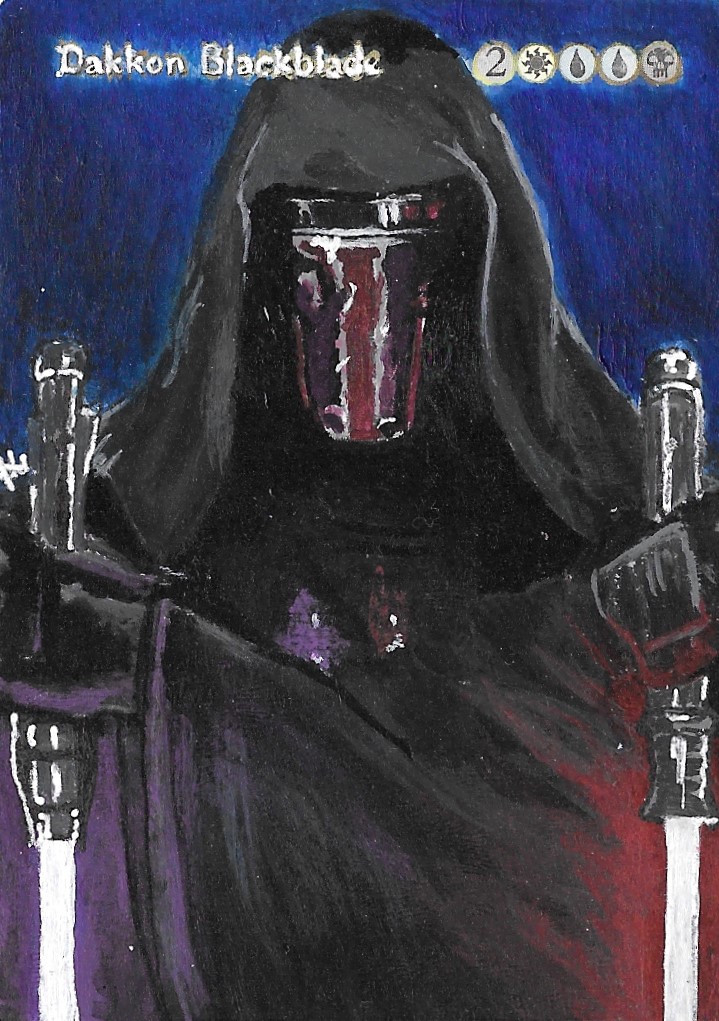 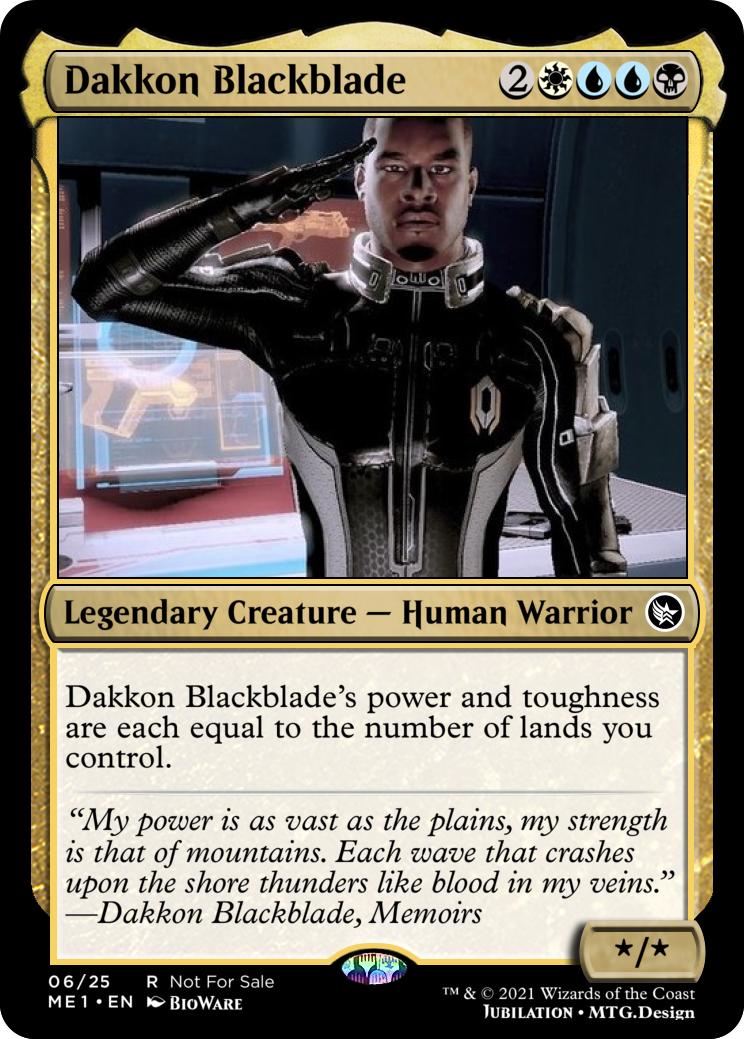