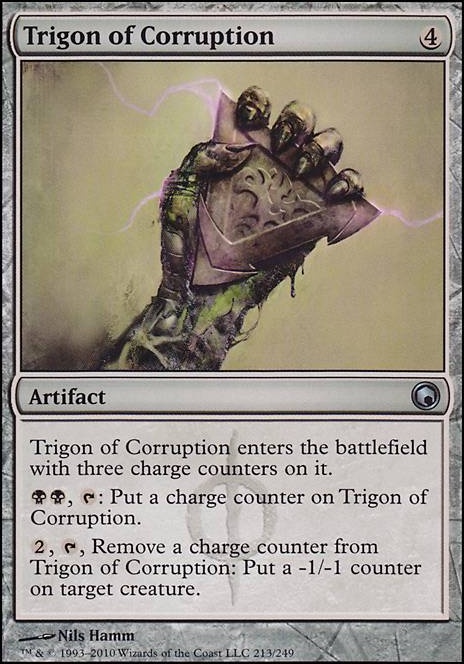 Trigon of Corruption enters the battlefield with three charge counters on it.

{{2B}}, Tap: Put a charge counter on Trigon of Corruption.

{{2}}, Tap, Remove a charge counter from Trigon of Corruption: Put a -1/-1 counter on target creature. 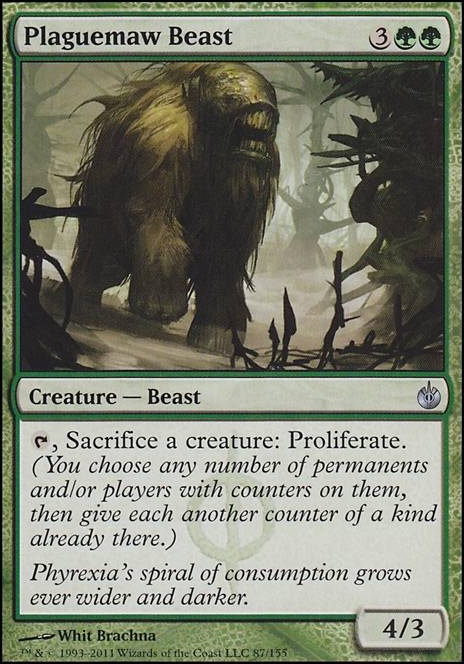 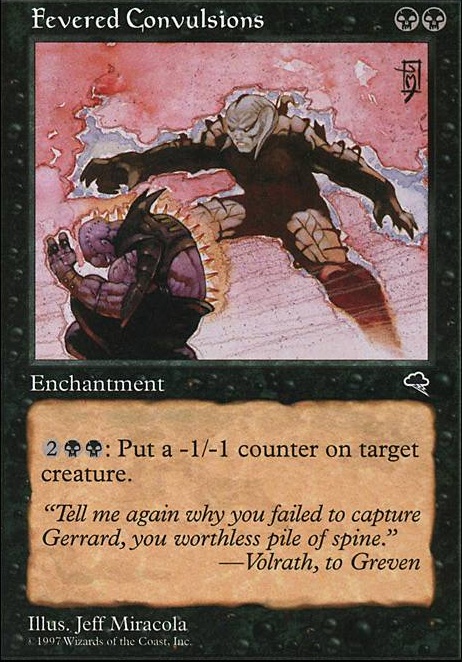 Cauldron of Souls (Same as above on no Hapatra interaction, and most of your board presence will be snakes that cannot take advantage of the return. This one is definitely ok to keep, I just didn't like my results.)

Serrated Arrows, Trigon of Corruption (repeatable counters, but One a turn max, Arrows run out quickly, and Trigon takes investment to use and charge. Fevered Convulsions, while more expensive, is not so limited)

Quillspike (A lot better than Chainbreaker, does more with the counter removal. Cut it last)

I also see you swapped Zulaport Cutthroat for Blood Artist. Change that back :) While its true the Artist work on Any creature death, the Cutthroat hits all opponents for each of yours. He'll pull ahead with all your snakes.

I like running Driven // Despair in my Hapatra deck. It can draw you a heap of cards, and it's not hard to cast the aftermath part of the card in the same turn.

I'd also run Fevered Convulsions over either Trigon of Corruption or Serrated Arrows.

Midnight Banshee is a major nonbo in your deck. It kills all of your snakes that you get from it, as well as many of your other creatures.

I dont see a reason to run Soul of New Phyrexia, Rite of Belzenlok, Rofellos's Gift, or Black Market.

Cut: Trigon of Corruption, Serrated Arrows, and Culling Dais. These cards are all too slow.

Made a few adjustments.

Grim Haruspex for Lifecrafter's Bestiary. Decided the scry effect is much more powerful. Plus, seeing how I am somewhat heavy creature based, adding a green mana for a draw is an added bonus. At the same time, I dont want to be drawing into lands. Also, if I'm going to combo off (ex: mikeaus, the unhallowed and Devoted Druid, I dont want to have the ability where I have to draw, then I'll practically mill myself out. Same CMC.

Soul Snuffers for Harbinger of Night. Same CMC, but I feel the upkeep trigger is stronger here. Then again, I can always swap back.

Journey to Eternity  Flip for Contamination. Same CMC. Nothing really changes, except for my the fact I have more control over my opponents. Forcing their lands to only produce black mana. I want to entice my opponents to use their destroy permanent spells on this rather than my combos. I'd rather have fun with it and it doesn't hurt me as much considering majority of my deck is practically black.

Serrated Arrows for Trigon of Corruption. Same CMC. I felt the need to put charge counters back on trigon would allow me to use it more often than serrated arrows. The ability to put on and take off charge counters as opposed to just take off seems very flexible.

usaDiabetic Westvale Abbey  Flip seems pretty nice, although more of a backup since the deck has so many finishersTrigon of Corruption seems really mana intense for only 1 counter a turn

Parallel Lives is good, but im not sure if it's necessary since the deck makes so many tokens and i try to avoid some more expensive cards.Thanks for the suggestions tho

Maybe throw in Westvale Abbey  Flip as a finisher.

Trigon of Corruption for more counters.

Either way, sweet build. I'm looking to build a Hapatra deck, and yours looks awesome, epically for the price!

Hey, thanks for the link. That will definitely help me with my lists and future builds.

Here are a couple suggestions I found while researching the Hapata build.

Crumbling Ashes - Similar trigger on a harder to remove enchantment and a lower CMC.

Craterhoof Behemoth - A perfect finisher for all of those nasty deathtouch tokens.

Eldrazi Monument - Another synergy card with the tokens from Hapatra.

Intimidation - A very expensive enchantment that doesn't grant you much synergy as I don't think you will be wanting to attack often. Rather rest on your defenses until the timing is perfect. I.E. Craterhoof Behemoth or Overrun

Patron of the Orochi - Run Seedborn Muse if you are looking for this effect due to snake offering not "offering" much to reduce the cost of the creature.

Gnarled Effigy - I think you would be better suited by Trigon of Corruption if you are looking for this type of effect.

Tainted Strike - How are you going to get the last points of Infect damage?