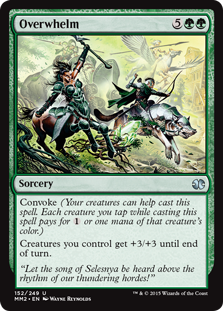 Edric, Spymaster of Trest
by brox.p

I did mean to add that to the maybe board. I'm wondering if Delver is actually kind of holding this deck back from being more of a beatdown creature deck. I think DRC has a bigger fit here than some of the other Delve mechanic decks I see (Primarily Murktide Regent). Being able to keep different cards in the graveyard, but still get good value on creatures like Pteramander seems appealing. Maybe find space for Mishra's Bauble

The revamp is better but not by any notable margin - both decks have too much inconsistency to pick up on the differences from game-to-game.

I think you need to work towards getting playsets of your cards. The following list below just uses more copies of what youâre already running, and will play significantly stronger than what youâve got now:

Great suggestions! I think I'll cut 1 Opt and 1 Vapor Snag and add in the two Pteramander s. And the Flame Slash is a good call too, I just didn't have any in my paper collection. Thanks!