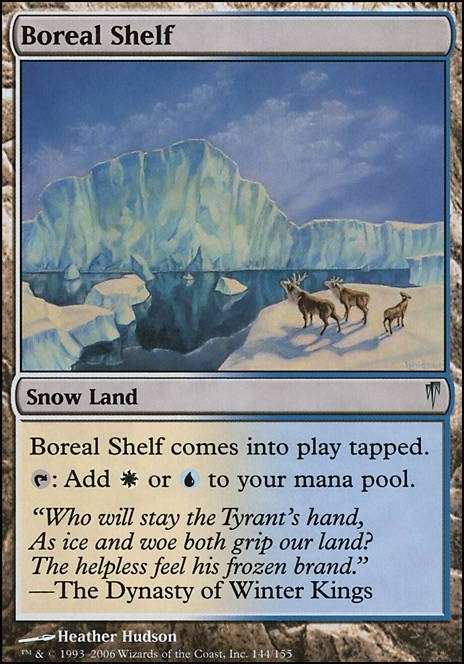 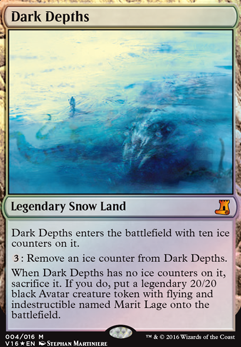 Why not play Boreal Shelf and Arctic Flats ?just one copy of each to get with into the north. It comes in tapped anyway i think it might be worth it

In Modern Horizons, given the all of the cards are spoiled now, I think Snow is a real deck.

Based Green, while splashing white and blue, this list has a lot going for it.

The Manabase isn't bad. Between Prismatic Vista and like 7 fetches (3 misty, 2 Windswept, 2 Flooded), along with 2 plains and 2 islands, 4 forests, and a Scrying Sheets , that manabase works well, because this list has a lot of ramp. Mouth of Ronom , Frostwalk Bastion , Boreal Shelf , Artic Flats, as well as some other lands are considerations, but I am not a huge fan.

Into the North , Rime Tender, Arcum's Astrolabe , and Boreal Druid help our mana a lot.

Ice-Fang Coatl and Ohran Viper are card draw/removal, but On Thin Ice and Gelid Shackles are strong answers too. Glacial Revelation is the strongest card in the deck, while Ambominable Treefolk is our massive beater.

Diamond Faerie is a secondary option as a finisher, my rough list runs 2 mainboard. It can close out games.

Simple list, ramp, draw, removal, and beaters, but all of them are well above the normal rate.

sylvannos on Why Does WotC Continue to â¦