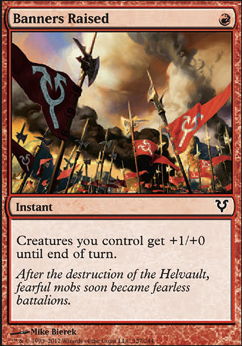 The Huddled Masses
by Lord_Tobi 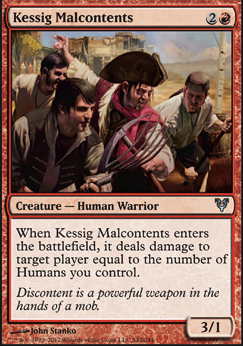 I Cast Fist
by CompositeLegend 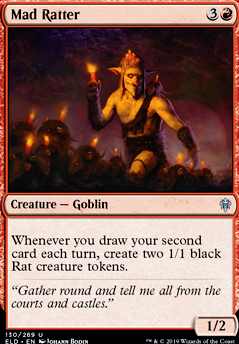 Maybe put a full playset of 4 Banners Raised and add some more spells that target all your creatures and buff them, it would be better for the Heroic ability.

this deck if pretty flawless. only thing I suggest is replacing Searing Blood with Banners Raised though I see why you have those in there. to deal with any blockers.

Add some Legion Loyalists, Akroan Crusaders, a couple of Weapon Surge and/or Banners Raised, if you need scry Titan's Strength is good, artifacts can be dealt with by Flamespeaker's Will. I think for what you have, focusing on prowess and heroic will speed it up. I'm not completely sure what you were going for with the graveyard stuff so I would take out the Stormbreath Dragon, Ash Zealots, Firedrinker Satyrs, and the Phoenixes.

Definitely swap the Index for Serum Visions, as firesoftheforest17 said, if it's in the budget.

A lot of these standard-legal cards are outclassed by modern ones.

Your Quicken is, ironically, slowing you down. The cantrip is nice, but you have so few targets that you'd actually need to use it on. If you just need a draw, Gitaxian Probe will get you that, and will let you know what you need to counter. If you want to play at instant speed, Leyline of Anticipation will put in a lot more work for you.

I would probably not run Foundry of the Consuls. In modern Izzet, you're really not likely to be able to activate it, and if you do, it'll be too little too late. I would stick to all the colored mana you can get.

Since your most reliable win con here is going to be beating people up with thopters, I'd think about some buffs. Banners Raised and Haze of Rage seem like good choices. Titan's Strength would also be nice for the scry.