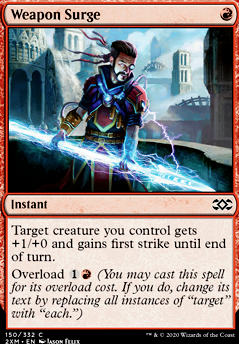 Target creature you control gets +1/+0 and gains first strike until end of turn. 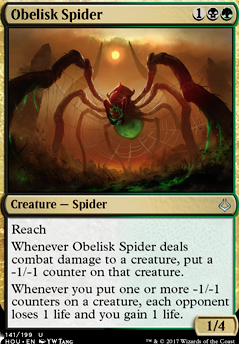 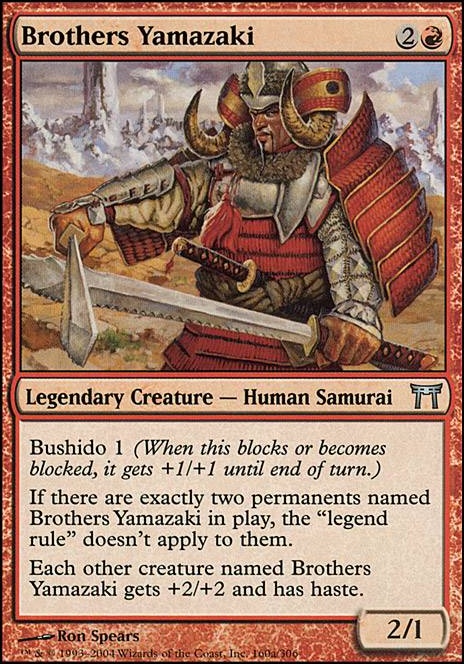 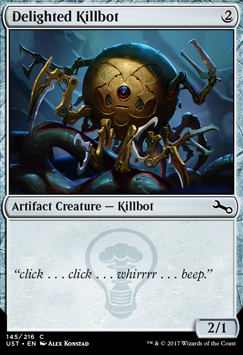 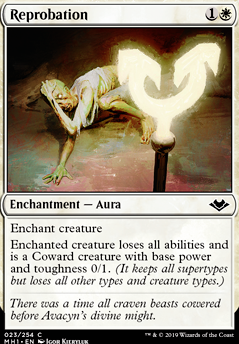 what is the deal with Coordinated Assault and Weapon Surge ? not to sound harsh or anything im just wondering how does fit in the deck?

I would consider Thousand-Year Elixir, Magewright's Stone, Door of Destinies, and Beetleback Chief.

Weapon Surge can be good if you're looking for overload.

I'd recommend putting in Implement of Ferocity instead of Metalspinner's Puzzleknot as you have mainl the same effect while not losing life and it costs 1 less mana.Also, instead of Uncaged Fury you could consider Borrowed Hostility, Rush of Adrenaline or Weapon Surge.