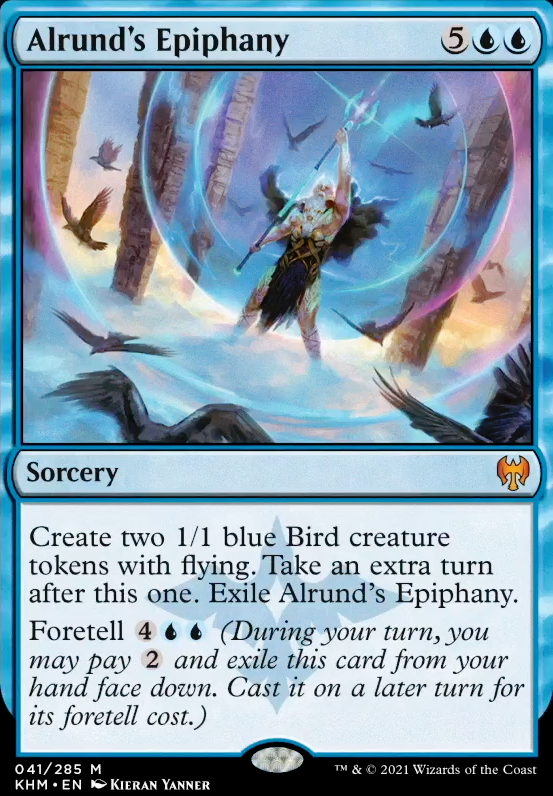 Take an extra turn after this one. If this spell was foretold, create two 1/1 blue Bird creature tokens with flying. Exile this.

Foretell (During your turn, you may pay and exile this from your hand face down. Cast this on a later turn for this card's foretell cost.)

Take an extra turn after this one. If this spell was foretold, create two 1/1 blue Bird creature tokens with flying. Exile this.

Foretell (During your turn, you may pay and exile this from your hand face down. Cast this on a later turn for this card's foretell cost.)

Gains of Saint Traft
by LythiumKrefeld

Vega, Watching You Draw
by Dimmins

Ninjas are Back
by duke0fearls 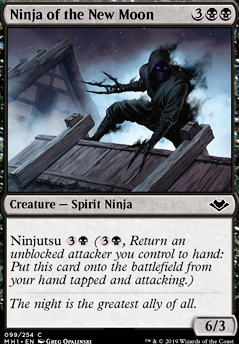 Ok so this is a deck. But it can be improved. First Oath of Teferi, Second Teferi, Master of Time and third more wraths. Preferably Doomskar or Settle the Wreckage. Also less fogs and maybe Alrund's Epiphany

I was wondering if you had considered any of the new Forgotten Realms cards yet, and what you might swap for them? Notably Krydle of Baldur's Gate , Silver Raven , and Grazilaxx, Illithid Scholar

Quickspell Thanks for the upvote. Alrund's Epiphany can replace Capture of Jingzhou and it is much cheaper too. I bought a copy of Mnemonic Deluge but never got down to making space for it in the deck. Let me know how your games went against different decks in your meta.

Hope you enjoy piloting the deck as much as I do. Cheers.