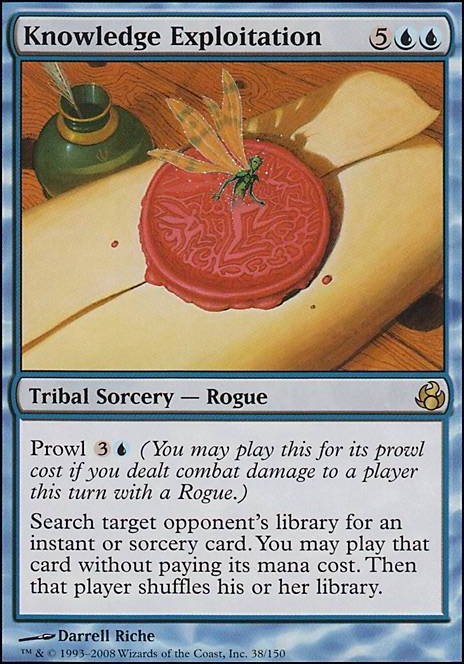 Prowl (3)(Blue) (You may play this for its prowl cost if you dealt combat damage to a player this turn with a Rogue.)

Search target opponent's library for an instant or sorcery card. You may play that card without paying its mana cost. Then that player shuffles his or her library.

Knowledge Exploitation occurrence in decks from the last year

Queen of staged deaths
by Naverius 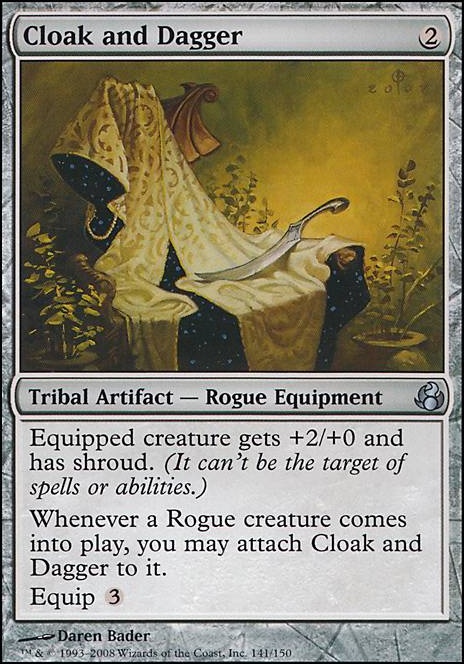 Is It Theft If They Don't Catch You ? [Primer]
by GrinningGrebe

Notorious Throng is janky, but if you want to step you jank up to the next level, give Knowledge Exploitation a try!

Thanks a lot MadCatMax! Glad to hear you like the deck. Its so much fun to pilot.

Knowledge Exploitation is spicy tech. My gut tells me that in the right meta, it could do some real work. Especially if you are facing off against an Edric deck chock-full of turn spells.

I'll be the first to admit that Sakashima the Impostor is on the slower end of where the deck wants to be.. It can sometimes provide a burst of triggers to burn out the table, but like you said, often you are already winning at that point. I'm less inclined to run Arcane Adaptation since we have been getting more ninjas printed and it doesn't do anything if the dorks you have out are already ninjas like Universal Automaton and its ilk. Especially in my list, because I run several 0-powered creatures that wouldn't trigger Yuriko even if they connect with an opponent. I do think it could be playable in other lists though. It gets better if you aren't running the Ornithopter squad.

Honestly the best Yuriko deck I have seen