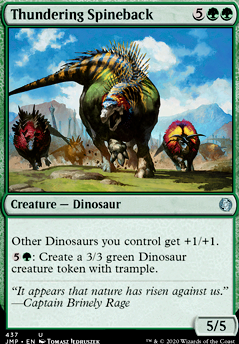 Other Dinosaurs you control get +1/+1.