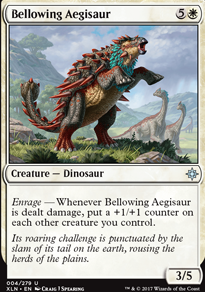 Enrage - Whenever Bellowing Aegisaur is dealt damage, put a +1/+1 counter on each other creature you control. 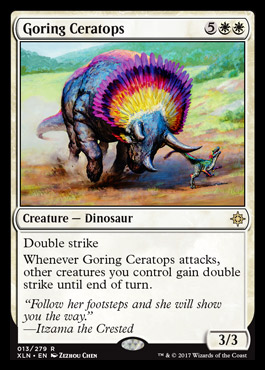 Alright. I did take out the following cards Bellowing Aegisaur , Blightbeetle , Bold Plagiarist , and Dark Impostor .

I have replaced them with the following cards: Kalitas, Traitor of Ghet , Hangarback Walker , Walking Ballista , and Myriad Construct . Next time I play commander, I'll test these cards out and see how they do. Thanks for all the great suggestions everyone!