: Put the top two cards of your library into your graveyard.

, Exile Perpetual Timepiece: Shuffle any number of target cards from your graveyard into your library. 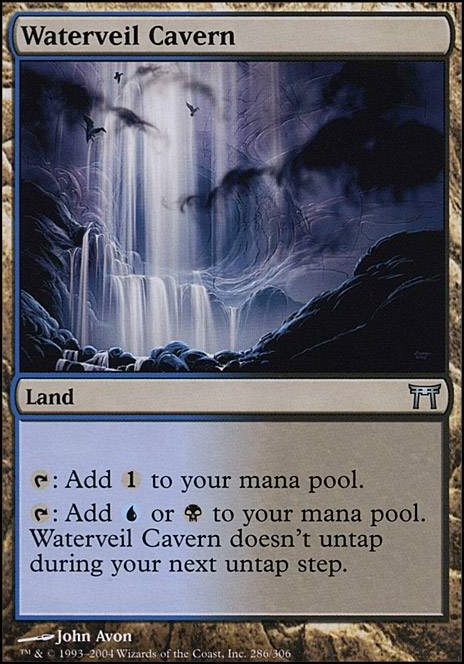 Kindling of Bone and Shadow
by Crayfish

Nice different kind of deck. let's see what the banlist will look like ;) anyways, maybe Eldrazi Monument would work for protection and evasion to help connect? and Perpetual Timepiece is very good against that nasty graveyard hate.

I don't think dredge is where you want to be. Life from the Loam is only in the deck to hit land drops and mill over Congregation at Dawn targets, and it might not even be worth running. Perpetual Timepiece is consistent mill that still allows you to draw for turn.

Odric doesn't really seem useful. By the time you have Kathril out with every relevant keyword, you're looking to swing for lethal. Giving the rest of your board those abilities would be pointless. It's a voltron deck, not really a go-wide deck.

Tomb Robber is there to ditch keywords and reanimator targets stuck in hand, as well as get card advantage by drawing lands and milling cards. So far in testing it's been pretty impactful, but I need to build the deck in paper and play some games to know for sure how everything will play out.

Hmm... almost want to say Stinkweed Imp. It's definitely on-theme, but it looks like you really have enough cards that fill your graveyard. If you did add it, I'd probably replace the Perpetual Timepiece, unless you feel you need the graveyard rescue effect.

Ha, thanks : ) It relies heavily on artifacts for self mill, and honestly I've been meaning to type it up for a while now and just haven't got to the deck. Black would help a ton, but white has a lot of recursion for enchantments and things, so the deck packs a lot of permeants to play out of the graveyard. One of the only nonpermenant spells is Planar Birth which is just there for the times it's so, so nuts.

One fringe benefit for running a lot of self mill like Grinding Station Perpetual Timepiece Unwinding Clock ect is that it can absolutely hose opponents tutors if they go to the top of the deck.

But maybe I will do a decklist for it soon. There was a ton of stuff that I thought would be good and fizzled when I was testing it, and it took forever to get kinda right : )