Magecraft â Whenever you cast or copy an instant or sorcery spell, create a 0/0 green and blue Fractal creature token. Put X +1/+1 counters on it, where X is that spell's converted mana cost/mana value.

Fractal of Fiction
by therealmadcreators 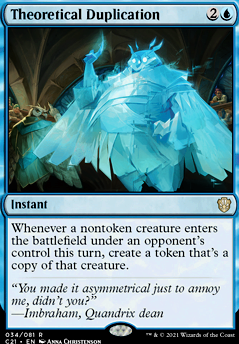 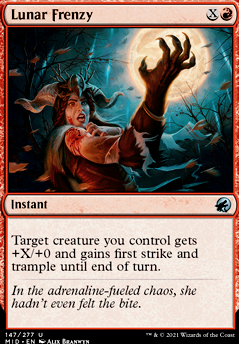 Zaxara, the Exemplary | X Gon' Give It to Ya

KongMing thanks again! I really like Deekah, Fractal Theorist but I'm note sure if Herald of Secret Streams isn't just strictly better... I will have to playtest that one! As for the other two, they just seem too slow even with all the X-spells being thrown around or even infinite mana generation... but I will keep them in mind in case another card ends up underperforming!

Zaxara, the Exemplary | X Gon' Give It to Ya

So Deekah, Fractal Theorist might be a good way to 'double up' on the big X spells you cast, and also gives you some unblockable for your big hydra tokens at instant speed.

Finally, Orochi Hatchery might make a good mana dump if you don't end up spending it.

It wasn't clear exactly what you were asking until you brought up Deekah, Fractal Theorist as an example of why you needed to know. A card's "mana value" is specifically the sum of the mana symbols printed in the upper-right corner of a standard Magic frame. If there's an in the cost and the spell is currently on the stack, then the chosen value of X is counted as well. Nothing else that would increase, reduce, or otherwise change the total cost required to cast a spell has any effect on the mana value. The only way to change the mana value of a card is to turn it into a copy of another card with a different mana value.

CamraMaan on I need some clarity... strive, â¦

Don't hate me... I just noticed every strive spell says "any number" as part of it's initial targeting, which is why it shouldn't be an additional effect or cost... it's a part of the original effect, the initial casting and targeting of the spell. Therefore the total spell cost, which has simply been modified and expanded, should include it. IMHO. This matters if, say, Deekah, Fractal Theorist is in play.