Creature tokens you control have flying and vigilance.

Embalm 4WU (4WU, Exile this card from your graveyard: Create a token that's a copy of it, except it's a white Zombie Bird Warrior with no mana cost. Embalm only as a sorcery.)

Aven Wind Guide occurrence in decks from the last year 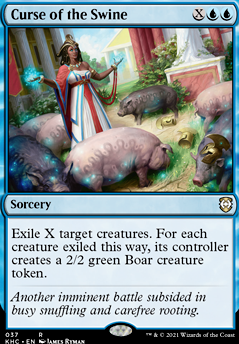 Breya, the Artist
by Lines82

With the addition of Intangible Virtue, your nontoken creatures lose a lot of value. For one, they don't benefit from the buff. Second, Aven Wind Guide becomes completely redundant with everything already having vigilance and everything but Raise the Alarm already having flying. Third, Tetsuko Umezawa, Fugitive can't benefit creatures being buffed by the Virtue. I don't think this is a bad thing though since Virtue is probably better than the aforementioned creatures. That said, I think replacing them to focus on more anthem effects that can take advantage of the natural evasion granted by flying could be beneficial. The first card that comes to mind is Crusade, but it was among the cards banned by wizards for cultural insensitivity so run it in casual at your own peril. Glorious Anthem is a fair bit worse. Also, if you want to focus entirely on flyers, Empyrean Eagle, Favorable Winds, and Rally of Wings are options. My final suggestion, if you're feeling spicy, would be to run something like Godhead of Awe or the cheaper but flying-removing Humility to level the playing field and make Protection of the Hekma more viable.

Both of those are definitely great options to support a token theme. One of the early decisions I made in deck building was to keep token making as something that just happens incidentally as I cycle rather than lean into it hard with support cards like those two and Aven Wind Guide for example. I think that's a solid direction you can take with Gavi but I'm looking at other plans for now.