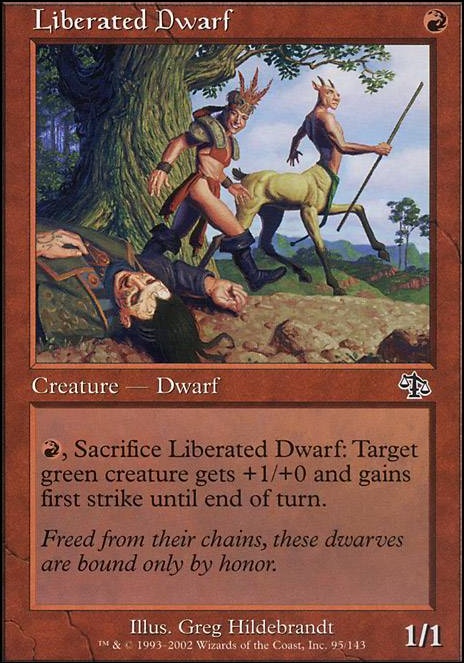 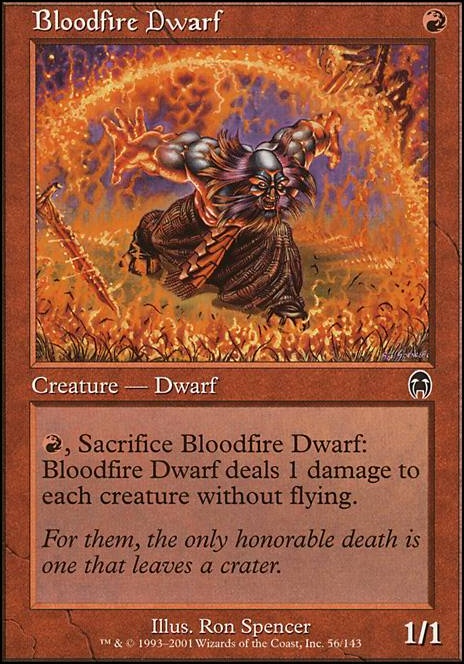 Hey there! Thanks for the insights on my list! Here, I'll give some of my own:

-I understand what you mean when you point out that I should have Seven Dwarves on my list simply for the low CMC. But have you thought about using those slots for 1 CMC dwarves? On this deck, 2CMC 2/2's are worst than 1 CMC 1/1's simply because you can curve'em into Magda on T2 and start generating treasures. I'm only trying to remove the seven dwarves from list because I consistently get a 1 drop dwarf on T1 into Magda T2 into a 3 drop (or a 1 drop + a 2 drop) on T3. This way you can often enough get 5+ treasures by T4 (If no one removes Magda, ofc).

-Your list seems to have a lot of payoffs both for Dragons and Artifacts/Equipments. Thats not bad, but you must remember: Magda's abillity is quite strong when you can pop it early. In my experience, if I pop it by T4-5 with the correct tutor I will snowball the game really fast and win the game with 3-4 more activations tops (normally I'll have 1 available per turn by then). My point beeing, with 10-12 payoffs you should be more than ready to kick it off. I, personally, prefered the artifact road since I can play dwarf tribal with a few dragons to bring some value. But if you want to play heavy on two tribes, thats also fine!

What I'd suggest to you is to try at least a few of those 1CMC dwarves and try to take away a few of the payoffs for a smoother mana curve.

A few good 1 drops to look for: Universal Automaton , Dwarven Grunt , Dwarven Trader , Dwarven Scorcher , Bloodfire Dwarf , Dwarven Armorer , Enslaved Dwarf and Liberated Dwarf . Honestly they're all better than Seven Dwarves , even if you manage to have more than one in the board, since you dont care for their size but for how many activations each managed to get from your commander.

If you go for dragons, I'd suggest Utvara Hellkite and Lathliss, Dragon Queen . You can get SO MUCH VALUE with those guys it's not funny.

Hey, try the old 1CMC dwarves... I'd bet they cost less than .79 and they would make your Magda more consistent, look for cards like Enslaved Dwarf , Liberated Dwarf , Dwarven Scorcher , Universal Automaton and other cards like that... they arent strong by themselves, but they surely help magda create more treasure faster, and they get a little bigger thanks to her lord abillity.

Also Hedron Archive is a better Sisay's Ring that most likely fits the budget!

Take a look at my list, maybe it can help you! Also, I'd love some feedback to make it better!