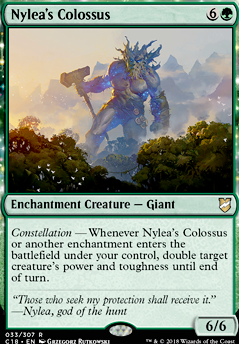 Constellation â Whenever Nylea's Colossus or another enchantment enters the battlefield under your control, double target creature's power and toughness until end of turn. 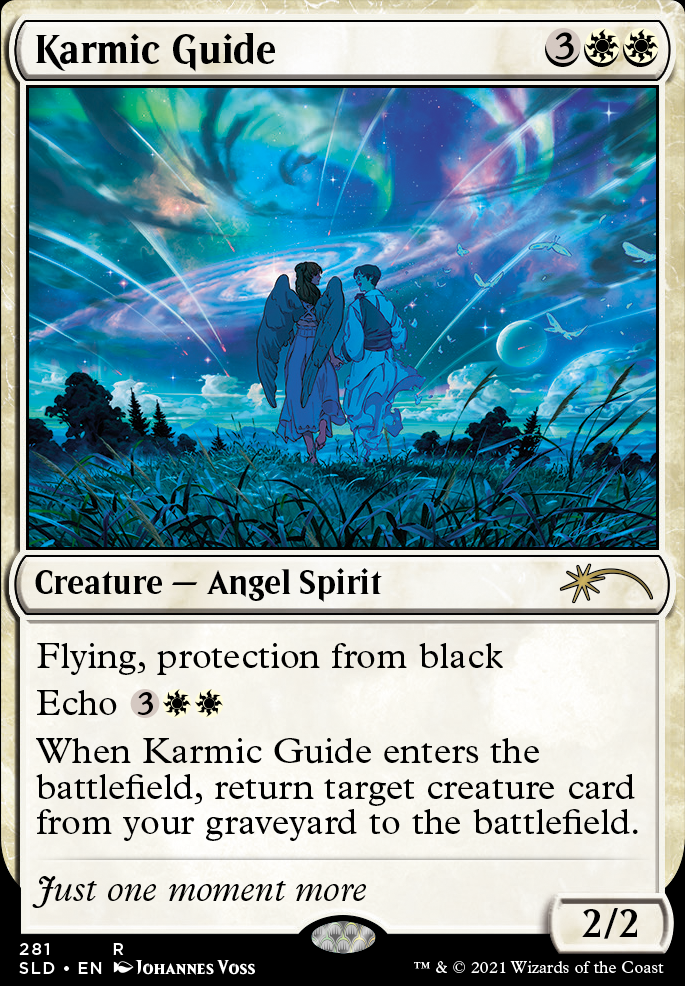 SpammyV on Your Favorite Plays

A friend playing Enchantress was storming off on his turn, counting off Nylea's Colossus triggers for several minutes, all the while ignoring me as I pointed at one of my creatures and said, "Spike Weaver." at least four times.

Sublime Archangel, Unnatural Growth, and Sunhome, Fortress of the Legion have good repeated use.

Some good one time instants are Berserk and Hatred. Exponential Growth for kicks and giggles. Thereâs also Thromok the Insatiable who could fit depending on the deck style.

Pathbreaker Ibex and Craterhoof Behemoth can make a creature bigger, as well as lots of others. Throw God-Eternal Rhonas in with this group. And maybe Nylea's Colossus, too. Letâs also add Kalonian Hydra.

On-topic for what you're planning, you can use Ancestral Mask and Nylea's Colossus to get something really big before you rumble in. There's also passive damage you can stack up with Overabundance , Mana Barbs, Sulfuric Vortex , Court of Ire , et cetera to whittle people down. Sandwurm Convergence makes a lot of beef. It's mana intensive but Pyrohemia and Rite of Passage means you can have a thing that lives while you keep pinging everything. There's also the aforementioned Helix Pinnacle if you're looking at having a lot of mana.

Of course, if you think some thing demand a more personal touch, you could slam a Form of the Dragon and off someone yourself.

Sorry I'm a year late SFCD, but I almost always tutor for an enchantress to draw more cards or protect the ones I already have. Nylea's Colossus and Nylea herself are good, but cater more towards creatures which I steered away from since adding more value creatures I found makes the enchantment engine less seamless. Rancor I also tried, but same issue with it not doing much without the right creatures. I personally prefer Aspect of Mongoose .

Looks like a super fun, casual deck! Nice brew, though I would cut back on the creature count to make room for more enchantments. Kruphix, God of Horizons, Satyr Enchanter, Herald of the Pantheon, Alseid of Life's Bounty, and Nylea's Colossus are all good cards, but they're either redundant or are goodstuff cards that have other enchantment applications (Though you may want to consider cutting other, as the cards mentioned are powerhouses. Just a couple suggestions). Good build, I like where it's headed