Whenever you sacrifice a token, surveil 1. (Look at the top card of your library. You may put that card into your graveyard.) 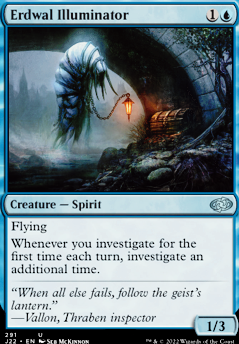 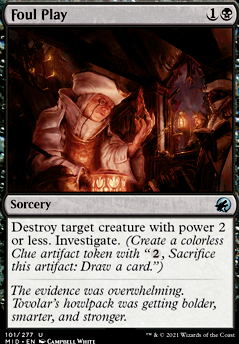 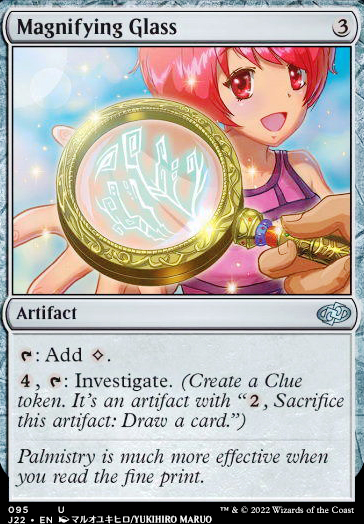 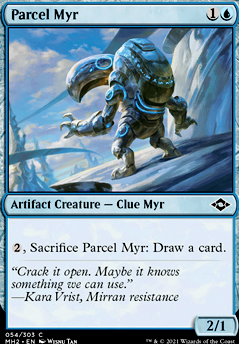 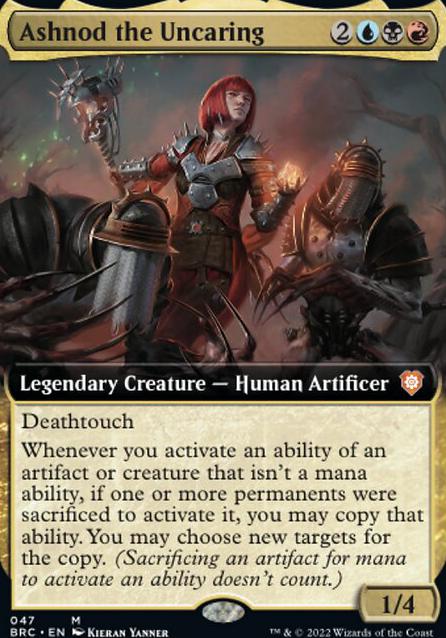 Any basic ideas so far?

For ideas on clue or investigate synergies, take this.

Treasure synergies can be found here.

Food synergy can be found here.

I'd recommend Eloise, Nephalia Sleuth for getting extra value out of sacrificing those slugs

legendofa on Commander cards in Standard?

Hypothetically, if the Commander set cards were actually Standard legal, how influential would they be? Would an otherwise Standard deck that used two copies of Eloise, Nephalia Sleuth and three Curse of Clinging Webs, for example, affect the Standard metagame at all? (I just picked a couple of cards with some synergy, I'm sure there's better potential combos.)

I'll consider it Dangerwillrobinson79. Also another card I considered for this deck was Cellar Door since it paired with Undead Alchemist and Consuming Aberration if I put it in but I don't know how good of a card it is. I also considered putting Erdwal Illuminator to help with getting more clue tokens out for Tamiyo's Journal since I was going to put it in as a possible help for tutoring for certain cards but then again Eloise, Nephalia Sleuth might have it covered