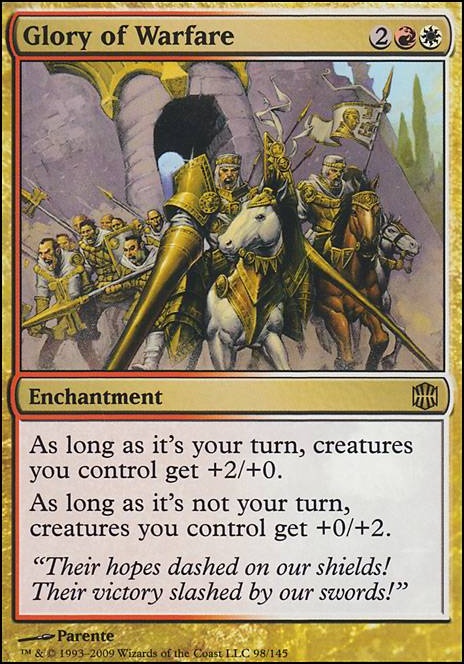 Glory of Warfare occurrence in decks from the last year

DemonDragonJ on How Good is Glory of â¦

ShanghaiKid07 Everything you said is very on point. I had Doom Foretold out on the field yesterday and it was useless lol. So Ill be swapping for Glory of Warfare for sure. Yesterday's game was a big day for learning what I need in this deck. I need a few board wipes and I cant believe I didnt have a top in here.

Is this modern format?? Also is this something you want to take to a local FNM or is this modern "table top" / modern "casual?

Either way I know your goal is to get in fast so I knoe your mana curve is low BUT have you thought of a situation were the game might flat line/plateau and you need the extra OOMPH!? Glory of Warfare and Assemble the Legion for a longer game situation/ extra power to punch through?

Just a thought for the longer games