Target player takes an extra turn after this one. Return up to one target nonland permanent to its owner's hand. Exile Karn's Temporal Sundering. 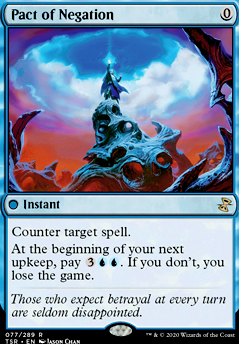 Call me Fortuna
by Meap1000 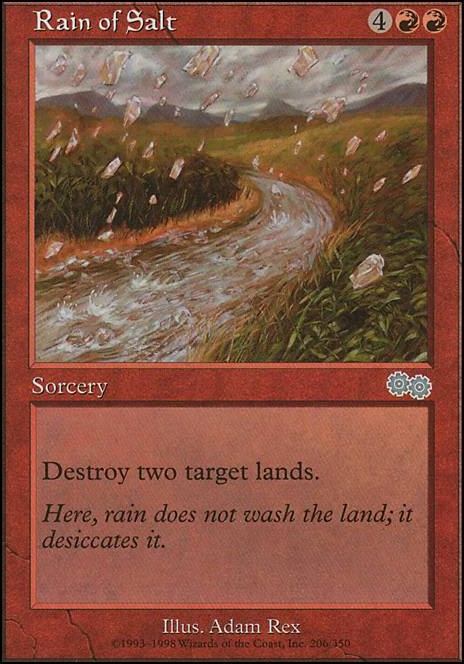 Jhoira of the Eldrazi
by Darthfelonious

HouseMarkovBWR I haven't looked at this list in awhile but extra turns are the bread and butter. Nexus of Fate

, Karn's Temporal Sundering , Part the Waterveil , Temporal Trespass and there's even a new spell and all of them are under 5 bucks each.

Reznorboy on New Combo Of sorts

I_Want_To_PlayAllTheDecks on New Combo Of sorts

Karn's Temporal Sundering + Ethereal Usher with the Ghost and the troller

Yeah I'm not a fan of the Lotus either, especially since the competitive top/high tier partners are all individually 2-color yet can give the color identity benefits of a 3/4 one. Really swingy too; it'd be underwhelming to draw it when you've already cast your commander. (I can pay for a recast tax and a half, whoop-de-do.)

Archelos, Lagoon Mystic: you should probably make sure you have a way of tapping him on the turn you cast him so that you don't accidentally supercharge an enemy Scapeshift

Also gotta correct my earlier assessment of Krark, the Thumbless: since he Vensers the spell on a losing trigger, it will obviously not resolve. Sorry Karn's Temporal Sundering, no saving you from exile!

, Karn's Temporal Sundering, Walk the Aeons and Part the Waterveil all help you dig your heels in as you amass a rouge army and you inevitably mill or kill everyone with card advantage or they scoop out of boredom.