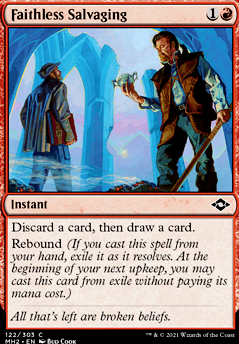 Discard a card, then draw a card. 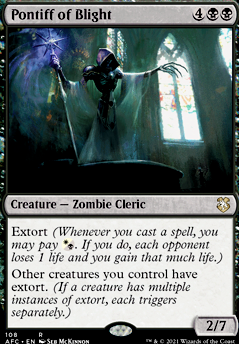 All hail the Phoenix

ronald323 Faithless Looting was actually banned in Modern a couple years ago. It's an extremely powerful card that enabled a lot of archetypes back in the day, so much so that not even its less powerful cousin Careful Study was reprinted in the latest Modern Horizons set.

These days, the best replacements for Looting are Merchant of the Vale and Faithless Salvaging . I prefer Merchant in this deck because you can use it to discard an Skelemental on turn 1 into Thunderkin Awakener on turn 2.

Gattison on Almost Broke The Format, Until â¦

What about instead of the Drannith Bros. you used something like Cunning Survivor and a " rummage " effect?

That's all I could think of so far. Does that help inspire anybody, or am I reaching like usual? Maybe cram it all together and with all that draw you're bound to get Cunning Survivor in a reasonable amount of time?

Cathartic Reunion could be new Faithless Looting since looting is banned. Faithless Salvaging is definitely worse than looting in most decks but here it could basically be a draw 2