As Painter's Servant enters the battlefield, choose a color.

All cards that aren't on the battlefield, spells, and permanents are the chosen color in addition to their other colors.

To Infinity and Beyond
by BigDogRemy 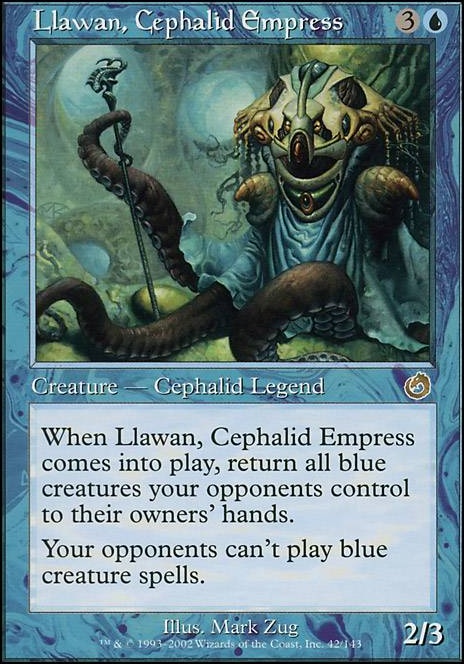 Color identity only matters in EDH deck construction or if an effect specifically references "color identity". In all other cases color is used, color is any colored mana in the casting cost plus any color indicators (Dryad Arbor

) or characteristic defining abilities (Transguild Courier) that define a cards color. Color can also be modified by static effects from permanents such as on Painter's Servant or Mycosynth Lattice.

You could also go with Painter's Servant + Phyrexian Altar + Training Grounds. All three are decent outside of the combo, but together you get 2 faeries for the cost of 1 coloured mana (either blue or black) which you can then generate from the Altar by sacing one of the faeries.