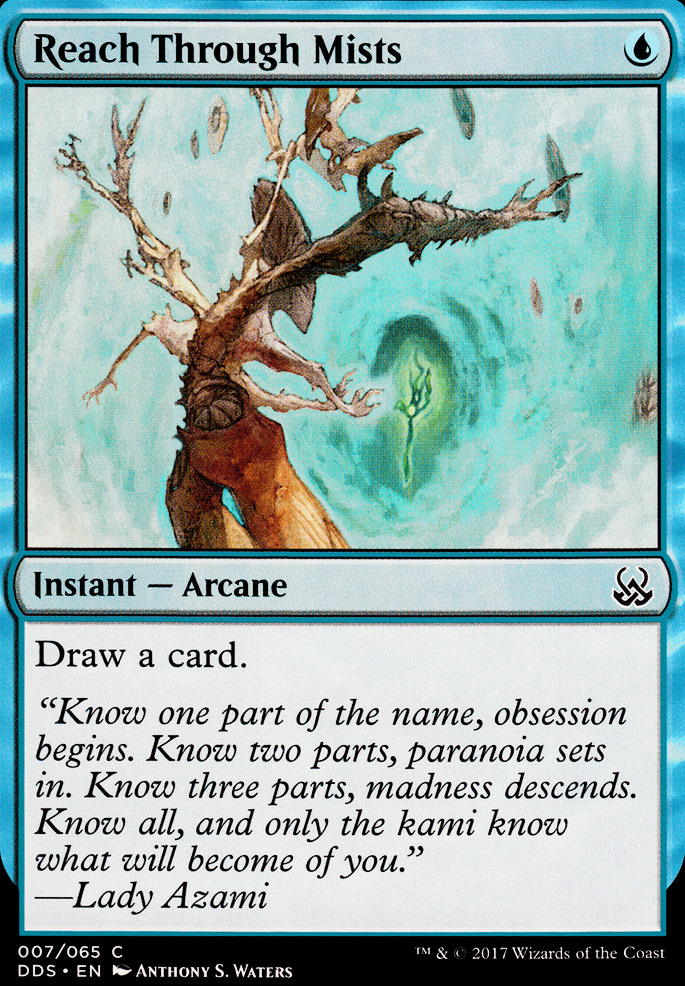 Twiddle Storm Is GOOD
by Lowenstein

Also I should preface but the local paper meta, when I get back to it, is going to be at least Jund, Az. Control, Tron & 8-rack.

Also apologies, I'm not the best at explaining things in a cohesive manner so I appreciate your patience

Gotcha, makes sense. I've been able to play some in person and some FNMs over Discord too. But, I am happy to know there is another passionate Twiddle Stormer out there still! XD

For discussion's sake, I agree with Stormcaller over Vizier. I had decided not to build with Vizier, though, because I decided I wanted 4 Twiddle and 4 Dream's Grip and room for Peer Through Depths as well. I also wanted to ask, why do you like Reach Through Mists over Peer, noticing that you no longer run any of the ladder.

Replace Reach Through Mists with Opt .