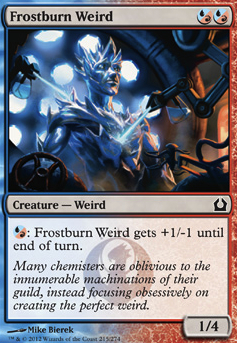 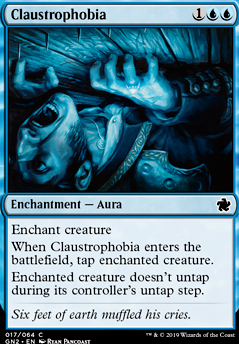 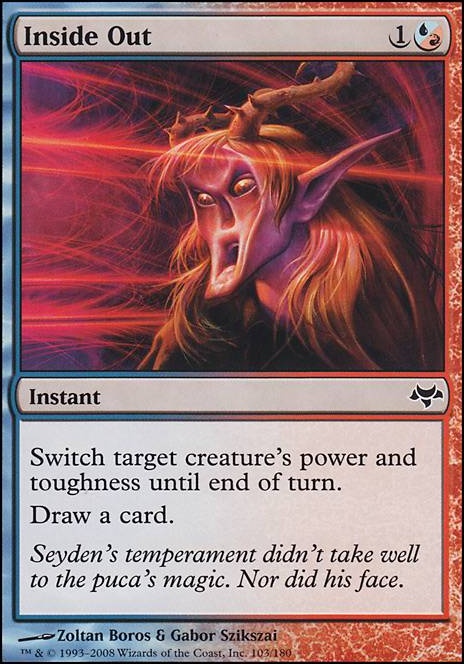 Looks much better now. Lower mana curve n' all. Nice touch with the Spreading Seas, although their interaction with non-basic lands and Blood Moon is a bit strange (don't worry - opponent still ends up with non-basic mountain, changed into an island, iirc).

I think Stormchaser Mage is better than Frostburn Weird due to its evasive ability, but you're right that they are somewhat similar.

Stormchaser Mage is basically a variation of Frostburn Weird for what it is both having pros and cons imo... What do you think of this xyr0s? -1 each of Izzet Charm,Leap of Flame, Clout of the Dominus, Electrolyze and -2 Shrewd Hatchling and ditching Crackleburr altogether in favor of 4x ea. of Lightning Bolt and Spreading Seas/Serum Visions?

And a random request: put in Frostburn Weird! I remember putting an aura on this thing (Pursuit of Flight in particular) and smashing for huge amounts.

It might also be worth looking at articles about the various Ravnica draft formats. Including some of the top commons from those articles sounds like good nostalgia and power points.

what a weird deck

I picked Accumulated Knowledge over Think Twice due to the regaining of drawing more, and has more playability than Think Twice 's flashback. fair on dropping a Mellek and adding a Frostburn Weird thanks! Also thinking about adding a Call to Mind thoughts?

what a weird deck

Also, Frostburn Weird is the best creature in your deck. Run 4 of them. Think Twice and Faithless Looting are your friends.