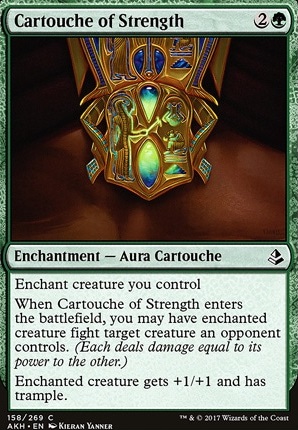 When Cartouche of Strength enters the battlefield, you may have enchanted creature fight target creature an opponent controls. (Each deals damage equal to its power to each other.)

Cartouche of Strength occurrence in decks from the last year 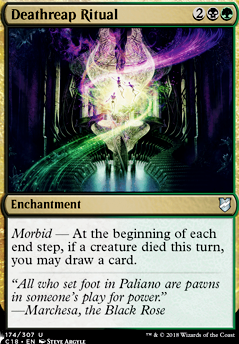 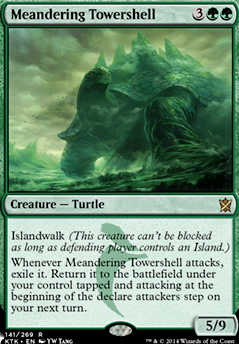 Sadistic Glee might be worth swapping in over Cartouche of Strength seeing as I have Rancor as recursive trample.

Ah, love Uril. One of my favorites. Here's my Uril deck so you know where my suggestions stem from:

You have Madcap Skills, but no Tilonalli's Crown . I find Crown to be immensely valuable as it pumps Uril right up to 10 power for only a 1R investment.

Chandra's Ignition is basically Single Combat except nobody but you gets to keep anything. Popping that with a 10 power Uril will typically wipe the field, let alone deal damage directly to your opponent's faces.

Cartouche of Strength is both absurd and good. +3 power, trample, and kills a creature of an opponent's unless its power is greater than 8 is great for 2G.

Heliod's Pilgrim is a cheap card that can find any aura in the library. I typically use it to find Shield of the Oversoul or Bear Umbra. That seems to be worth considering. That definitely seems more useful than something like Trepanation Blade, in any respect.

Hey man lit deck, here are my suggestions tho.

I feel like you don't need to run that many fighting spells, you will always want to have your commander out so you will get the fighting trigger. So I would think about taking out Ancient Animus , Band Together , Rabid Bite , Cartouche of Strength and Titanic Brawl .

I would replace the cards I mentioned above with cards that do the following. Pump all of your hydras and give them trample because of the hydras don't have trample or give protection to all of your creatures. Your deck will make people use a lot of targeted removal and board wipes. In both cases, instants that protect all your guys are better. In the board wipe case if you give all your guys indestructible the board whip has no effect. In the case of targeted removal, I still think it's better to use protection spells that don't target because you could get into a situation where fighting twice could kill your commander. Notice that the trigger does not include the word "may".

Kamahl, Fist of Krosa is a great addition because it prevents board wipes with the threat of you during all lands into creatures. It also pumps.

For mass pump, I would try these Triumph of the Hordes Overwhelming Stampede

Well, given your inclination toward budget, I'll only recommend cheap cards. For reference, here's the Uril list I play in paper if you think this may give you ideas:

Some cheap auras that really do work with Uril:

Shielded by Faith , Gift of Immortality (gets around pesky decks like Meren or Muldrotha playing/sacrificing Fleshbag Marauder constantly), Cartouche of Strength (it's great to kill an opposing creature and get a +3/+3 trample buff to Uril). Madcap Skills and Tilonalli's Crown are both incredible, because they buff Uril's power by 5 each for only two mana.

Other cards that may help:

Winds of Rath is amazing- it wipes the field like Wrath of God, but leaves your Uril standing free and clear. Hunter's Insight is another card I'll recommend- cast it on a swinging Uril to draw 5-12 cards, it more than pays for itself.

To fit these in, I'd recommend cutting a few cards that literally don't help the Uril strategy at all. Midsummer Revel, Pulse of the Tangle, Rhox, etc.. With more things that give Uril indestructible or bring him back from the graveyard (Gift of Immortality for example), needing secondary win cons like Rhox become less important. If you're really worried about Uril getting killed, run Flickerform , as you can just pay 4 mana to protect him at any given point in time.

@liljramos88 I don't know if Merfolk Branchwalker fits the theme of the deck enough, I think Thorn Lieutenant is straight up better and I can't find room for him either. Naya is definitely an interesting suggestion, but I think if I were to add another colour it would be blue, and try to fit in Teferi, Hero of Dominaria and Search for Azcanta  Flip. Your deck looks super unique, I like it!

@Kizmetto I think I might agree with you on Llanowar Elves, Blossoming Defense is definitely worth considering, though its a bit of a dead draw if we have our Vine Mare already set up

@GarrettTheGreat Unbridled Growth is one I've been seriously considering, and it's been suggested a few times now, so I might have to test with it. Thanks!

@multimedia Cartouche of Strength is a card I had in the deck in early iterations, but I don't feel like it's impactful enough to cost 3 mana, doesnt give any abilities to our horse. Tragic Poet could possibly work, but I still feel like its a little jank, especially since some of our auras can already be brought back. Conviction is a good suggestion, but again I like that all of our auras give us abilities, so I'm not sure I could find a slot for it. Thanks for the comment :)