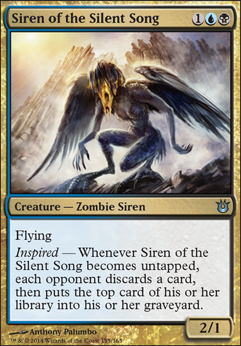 Siren of the Silent Song

Inspired â Whenever Siren of the Silent Song becomes untapped, each opponent discards a card, then puts the top card of his or her library into his or her graveyard.

The dead Grixis
by Angulus_Supera 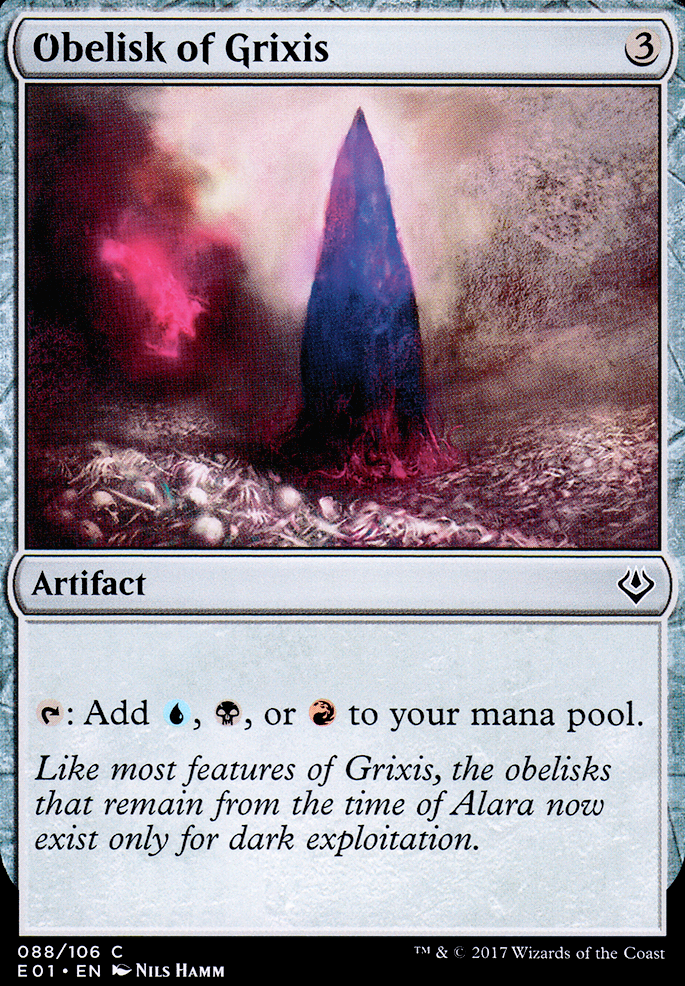 Siren of the Silent Song Discussion

I like the engine you built here... I don't like King Macar - that's a big mana cost for a dude that doesn't do anything. You're talking about ramp but have no big spells. I mean, if you take out the king and the Skysovereign, and you could be running Lurrus companion - just things to think about. Now, what replaces the king? I don't know... But you need a way to deal a mass amount of damage or have some other large impact on the game after drawing so many cards... So, again, I love the inspired engine, you just need a finisher. Maybe stuff like this:

Form of a turtle, Shape of Stax

Mick-Tis Thank you for the suggestion! I have thought about him actually. However, it would be more likely that Siren of the Silent Song finds a place because it actually wins the game. However it's hard to justify a spot for either. Would love to know what you would possibly take out.

Hi there, I would replace Aphemia, the Cacophony, you probably never use the exile abilty in a game. Good replacements for the same or less CMC are; Cryptbreaker Gravecrawler Relentless Dead Shepherd of Rot Undead Augur

If the purpose was flying, then Siren of the Silent Song might be a good include, with a bonus discard and mill effect, for The Scarab God to grab.