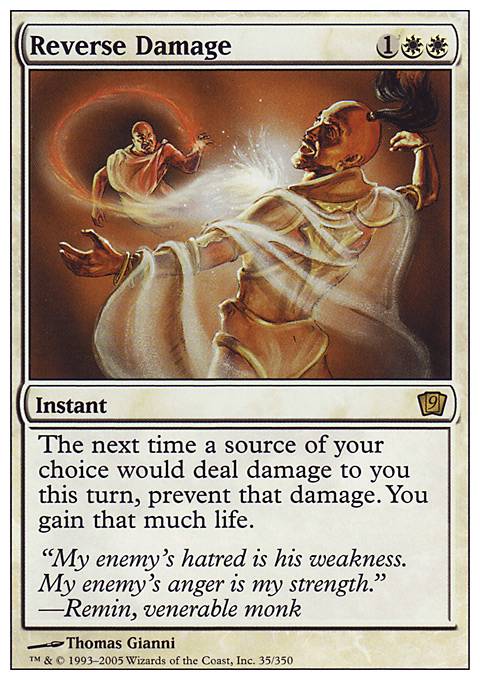 The next time a source of your choice would deal damage to you this turn, prevent that damage. You gain life equal to the damage prevented this way. 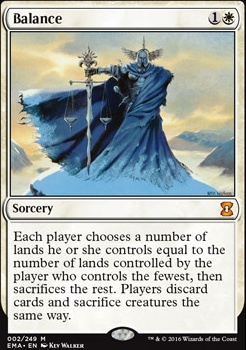 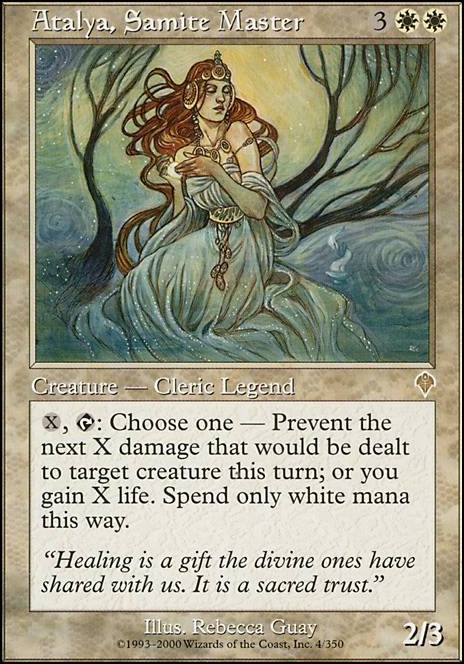 Queen Marchesa: Politics, Aikido, and the Monarchy
by monoblanco

This deck looks very solid; +1 from us! We are using something similar (still needs to be posted on tappedout). Some of our favourite and least expected cards we use are very much like Deflecting Palm and Comeuppance . We use some of the older cards that have a similar effect like Reverse Damage and Eye for an Eye .

Other control cards we love to use include Sudden Spoiling (this is one of the most underrated cards of all time; it can turn any army into helpless babies, whether they have hexproof/shroud or not), Karmic Justice and Michiko Konda, Truth Seeker (makes people think twice about blowing up our stuff).

Have fun playing and refining this.

Run a playset of Swords to Plowshares. Try out Serra Angel, Balance, Disenchant, and Reverse Damage.

Bloodytrailz, love the deck. I am always pretty excited to check out what other people are doing with an Aikido Marchesa.

simoneca, I had never really considered Intervention Pact before. I am not sure how I would adjust to fit it in. I played Reverse Damage for a little while when I first started playing with Queen Marchesa, and I never really felt it worked out as I wanted. I also systematically tested most white Fog effects, but for some reason Intervention Pact wasn't one of them. I guess Intervention Pact has an advantage over Reverse Damage in that you can just play your game, not leave up the mana, be more likely to catch someone by surprise, and then pay for it the next turn. It also ends up being like a Fog for the next two attacks, so it seems pretty solid. I will defininitely test it.

After playing with Warping Wail for a bit, I really like it. Sorceries that hose us are all over the place, and there are a ton of 1 power or toughness cards that can be a problem. Even as a flash chump blocker or 2 CMC ramp it does work. My issue at this point is having enough to cast it consistently. I am considering tuning my mana base a little to account for it. Pain lands like Battlefield Forge may help. I am also considering adding Arch of Orazca back in in place of Crystal Ball. The Ball has been solid, and may ultimately not come out, or at least return after testing, but being able to consistently hard counter sorceries when I want or exile key utility creatures if necessary would likely be worth the adjustment. That and the fact that an extra land may help given I have slowly raised the average CMC as the deck has evolved, so packing some extra lands could ease the pressure for mana. If I do that, I may try the Mox Diamond again. We shall see, as that could lower the sources again. Choices...

As a final thought, I am always amazed at how well this deck shifts from low key control to crazy aggression, depending on draw and on the opponents. I played a T4 Dark Depths and Thespian's Stage combo, followed by Warping Wailing a T5 Wrath of God by the Oloro, Ageless Ascetic player. I won shortly after. This is another aspect of Aikido. I knew playing a long game against Oloro would be a bad move, and drew the combo and counter backup in my opening hand. Sometimes it is better to be lucky than good. In any case, this idea makes me even more excited about Virtus the Veiled. Deathtouch defense and massive offense is exactly what I need. Like a mini-Master of Cruelties. It will definitely find a place in the deck.

newtontke on Need Help Taking Out 13 ...

RazortoothMtg on Need Help Taking Out 13 ...

As for actual cuts, Belbe's Portal just never impressed me as opposed to actual ramp cards. However, it does allow for flash and a small mana reduction, so I might be wrong.

Staff of the Sun Magus just doesn't do enough. You'll be gaining excessive amounts of life anyway, so a 3-mana artifact that lets you gain 1-2 life a turn is pretty much pointless.

Chastise and Reverse Damage seem to expensive mana wise for what they do, unless your meta is heavy on people who attack with a single massive creature that doesn't have hexproof for some reason.

Moonlit Wake also seems like too little effect. If you really want that effect, Ashes of the Abhorrent is strictly better in Angels outside of Reya Dawnbringer, which you aren't even playing

Soldier of the Pantheon seems low effect. Even if your opponents are playing heavy multicolor cards, I doubt it gains more life than just a Soul Warden effect (which I also don't suggest playing)

Oketra's Monument, Scroll of Avacyn, and Sun Droplet also seem too low effect to be worth a card slot. Sun Droplet is only good if you want a lot of whenever you gain life triggers, like in Karlov of the Ghost Council. Oketra's Monument is a bad Pearl Medallion, and I don't think the warrior tokens are too important in your deck. And Scroll of Avacyn is just pretty bad.

That's what I saw to cut. I, too, am building Lyra Dawnbringer (I pulled a foil at prerelease!), do you think you could help me with cuts?

I had considered both. War's Toll is a card that can give incremental advantage, but it is really a forcing move. It is not really dissimilar to Winter Orb in how it feels when played, and it actually discourages attacking. When someone wants to maintain some defense, they have to abstain from any attacks to accomplish that. When someone wants to preserve a utility creature, they have to abstain from any attacks to protect it from blockers. It was counter to the decks optimal play. Reverse Damage is definitely a little limited. I have played Reverse Damage, Awe Strike, and Riot Control for a short time for each of them. Riot Control turned out to be the best of the bunch in the meta that I used it in, but even then, aside from an extra Fog that kept me from losing, it also never won me a game. I used that slot for better cards for this deck. I do appreciate the suggestion, though.

Have you previously considered War's Toll? Or Reverse Damage as part of the Sunforger package? Is reverse damage too limited with it only "countering" one source?