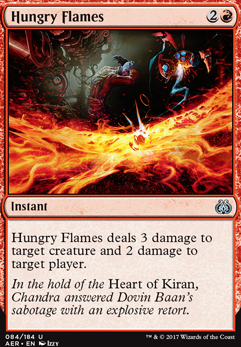 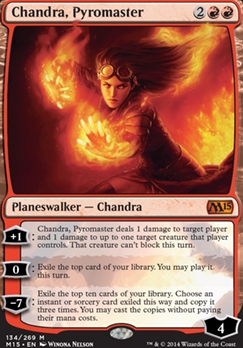 Akromathia on How does Descendants' Path work?

I have just discovered this card, and I have been experimenting heavily with it.

After a few games enjoying the power given by the "free cast" provided by this card, I got to a point in which I had two copies of Descendants' Path , and I got completely confused.

2) If the shown card is something like Lambholt Pacifist  Flip, then I free cast it (pretend of a second that I have another human in play), and then I draw and start the second Descendants' Path effect? Or do I draw just one card after both Descendants' Path have resolved.

Wendigo4481 on Goblin Chainwhirler in Burn

Wendigo4481 on Goblin Chainwhirler in Burn

I play a similar deck, and two cards you may want to look at are Wizard's Lightning and Hungry Flames. One of the biggest challenges I have come across with this style of deck is getting in the last little bit of damage, and more often than not you want to push damage through to your opponent, not just their creatures. Wizard's Lightning is particularly good, as it is (almost) always cast for just R, and Hungry Flames hits for 3 on a creature like Abrade but also pushes 2 damage directly to the opponent

I feel that Verix Bladewing is kinda displaced there.I would replace it with a more proactive card like Glorybringer, Hungry Flames or Abrade.
Fiery Cannonade hits a lot of your creatures while trying to go wide. I see why against Tokens, but sounds better as a sideboard option.
I feel like this is the deck to try some agressive stuff from Amonketh.Cartouche of Zeal, Trial of Zeal and Consuming Fervor.