When Archangel Avacyn enters the battlefield, creatures you control gain indestructible until end of turn.

When a non-Angel creature you control dies, transform Archangel Avacyn at the beginning of the next upkeep.

Archangel Avacyn occurrence in decks from the last year

ArchAngel Of Wrath
by WesomeNight

Avacyn, the Mad Angel
by TheBooman 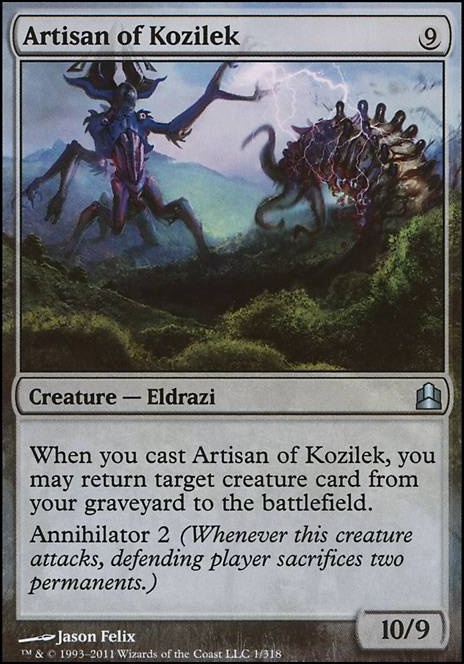 Avacyn the Purifier
by iskandar

Glory in the Lurid
by Azeworai 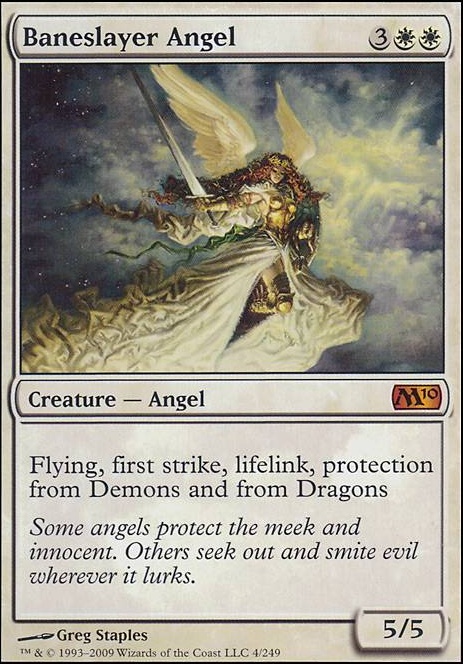 Marchesa, all hail the queen!
by nataku

I_Want_To_PlayAllTheDecks on Cards that hold a special ...

While I am sure I haven't played the game as long as many of you i still have some favorite cards. I started playing at sleep away camp when a friend gave me a deck full of 1/1s and boy did i love that deck, it brought me into the color white. The first commander game I ever saw as also at that camp, and One of the commanders was Sigarda, Host of Herons and after i saw it i knew angels were my absolute favorite tribe. For the rest of that camp i tried to get was many angels as i could, and i only got one. it was a foil Angel of Deliverance and that was my new favorite card and cemented angels as my favorite. When i got home i spent countless hours on amazon looking at all the different angels i could get. Avacyn quickly became my favorite character and that led to innistrad becoming my favorite plane, so to answer the original question, Archangel Avacyn Â Flip is my favorite card because it shows many parts of who i am as a magic player.

I still remember packing mylady Archangel Avacyn Â Flip in the first pack I every opened from SOI as my dual sided card, my rare was Anguished Unmaking, ironic

Would you consider Archangel Avacyn Â Flip? or Silverwing Squadron? The silverwing seems really good because it makes non human knights and the archangel is a non human with flash with a wrath effect on the back side.

I would consider Academy Rector if you have ways to sac it or kill it on demand.

you should consider some more tax/stax effects. Things like Spirit of the Labyrinth, and Aven Mindcensor.. In general I don't see a lot to trigger Winota. I think Archangel Avacyn Â Flip would be solid in the list, but I'm bais.

SISAY DOESN'T NEED AN ENGINE TO BE GOOD!!!

Sorry to be the bearer of bad news, but Archangel Avacyn Â Flip has red in her color identity.

Most of them are 90% the same being a cedh list.

Tbh I'm going to run Gadrak in my jund list because he not only turns on easy from all my sac triggers, but produces Mana for the deck.

I want to run him in my Boros list that runs Archangel Avacyn Â Flip, but idk if he is going to make the cut. He survives the flip but that doesn't make him viable on just that alone.

I've been brunt by low cmc dragons before, but because this guy can block he can make up for the lack of being able to attack. Good luck with the list tho.