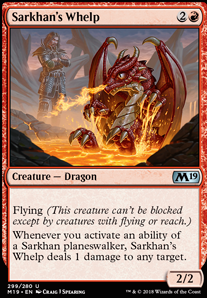 Whenever you activate an ability of a Sarkhan planeswalker, Sarkhan's Whelp deals 1 damage to any target. 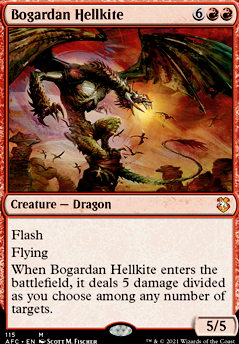 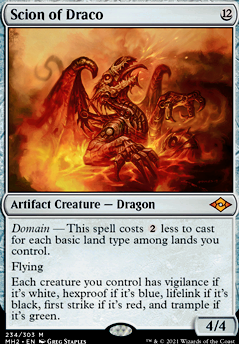 The queen of Dragons
by almostamazing13

A Dance with Dragons
by emillang1000 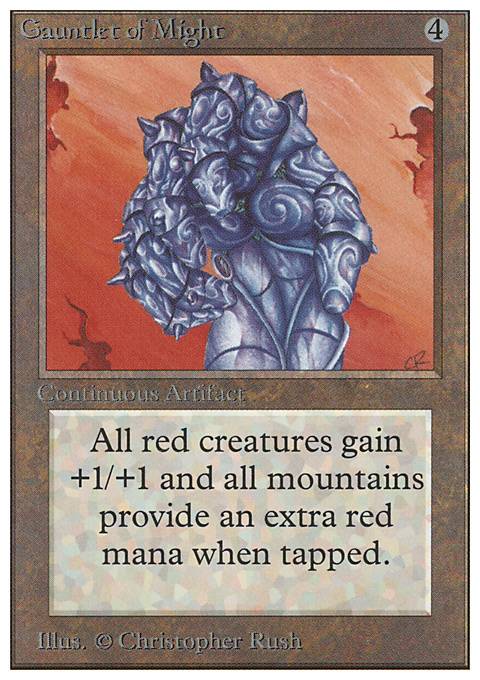 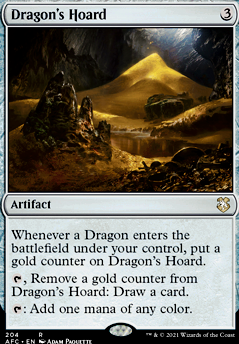 Hey, the flavor is great here and the deck name gave me a laugh :)

I second the Smuggler's Copter suggestion, but I don't think you should cut Tank for it. Consider cutting Dance of the Skywise for Copter? Sarkhan's Whelp seems underwhelming with only 3x Sarkhan. Consider Gadrak, the Crown-Scourge instead? If you add more Vehicles since he has interaction with Vehicles and Treasure tokens from Goldspan. He can block or crew with five power before he can attack.

Consider Blinkmoth Nexus ? It can become a flying artifact creature that can crew Copter or Tank, can also move counters to it with Bio and it's an artifact for Gadrak.

ellie-is, totally get it! I like the freedom that every card being 34c gives me :D I think the deciding factor was when I saw that people buy cards for investments just like stocks (oof), hold them to drive up prices and then sell them for profit. Having a same-spend group is the ultimate dream, unfortunately not the case for everyone - and I want to play the player not their wallet.

Non-proxies are definitely a must if you don't have a playgroup though, no sanctioned event will let you play (fair enough imo).

Anyway I don't want to derail this comment-thread. Since you run Sarkhan, Fireblood have you considered running Sarkhan's Whelp? It's a low CMC (and cost) dragon that hits all of your triggers (and provides one more). I ran it in my Dragon Launcher deck for a while until I switched it out for more ramp into the conventional game-enders. Admittedly my deck is a closer to the conventional "Skred-Dragons" build.

murrymack link cards so that I can see what they do.

Sarkhan's Whelp is primarily in the deck to trigger Dragon's Hoard and Lathliss, Dragon Queen .

It is often Sided out.

Link "skarrgan". Until you do that I can't comment on it.

OK this seems to work.

Leave my deck basically as it is, as having a lot of removal against matches what they are doing.

Bring two Demanding Dragon in from the Sideboard, instead of two Shock. This gives two more Dragons to trigger all the little bits and pieces, and forces difficult decisions about whether to sacrifice Creatures or take damage.

In testing I have made my Opponent sac their Doom Whisperer, because they would have lost if they didn't.

Bring in three Goblin Chainwhirler instead of three Sarkhan's Whelp. The First Strike on the Chainwhirler is a significant advantage.

This seems to work better than putting in spells that require Creatures on the field. I was often running out of Creatures.

Here is my current take on it :)