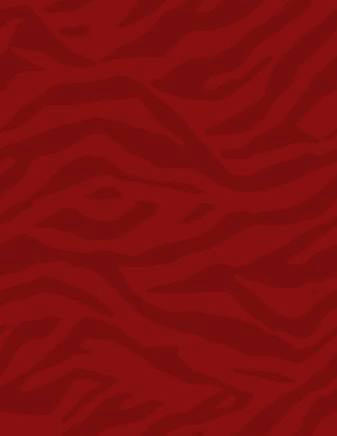 Why I Love Magic

I love building decks! Playing them is a secondary joy.

I also enjoy pretty art, interesting and funny flavour text, and foil cards.
This game, and its mythology, fascinates me.

Most of the decks I have created here I own in physical form.

I learnt to build decks the hard way.

First I started by building with whatever cards I had to hand.

I used to get wrecked quite early at Thursday Night Magic, so I would then go and watch other people play.

From doing that I saw some different styles of decks being played. Aggro was an example.

I would then go home and try to build that style myself.

Next I would playtest my decks against each other on paper. It was a long, slow process.

When I found TappedOut, and was able to playtest on here, things got much easier.

Here are the first decks I made.

This was the first deck I ever cobbled together out of the available cards I had.

I won a game with this deck and was so excited about that.

This deck was the first one I played in a tournament where I wasn't defeated.

I won two out of four matches that evening, with the other two ending in ties. The ties were due to me not realising that you have to play a little bit faster when piloting Control.

This was also my first deck on TappedOut that got some votes just from me cycling it. I was so thrilled that people had noticed it. This was long before the days when I was the number 1 Decklord on this site.

I built this deck after I played Control, for the first time, at a prerelease. I basically just made my prerelease deck bigger.

Lord of the Skies

This was the first deck I built that I thought was well-balanced. My first successful midrange deck. It was my original idea.

Goblin Kaboomist was the first card I fell in love with, from both a visual and mechanics perspective. I got Aaron Forsythe to sign one for me, after I played it against him at PAX Aus.

This was the first aggro deck I ever built. My friend built a similar one, after playing against this.

We were playing our decks while another friend was packing up to go home. After fifteen minutes he was ready, turned around to say goodbye, then said, "Are you finished playing already?"

I got my first Turn 4 win at FNM with this deck. I'm not allowed to play it against StuBi any more, as it makes him sad.

I feel that I should end this list with the last competitive Standard deck I ever built.

I went back to my roots and finished things in all . Plus Dragons, which are my favourite Tribe.

You can see how far I came with crafting decks, even by just how fleshed out the Description is.

I stopped playing competitive Magic as I found the scene too stale.

Hardly anyone was building decks, preferring instead to just netdeck.

This also had the result that you just kept playing against the same two or three decks every week.

Since I have no interest in netdecking, it was time for me to move on.

I still play Magic with HydraBear, but we stick to Planeswalker decks. It's casual and relaxed, which is nice.

Occasionally I will play Duel Decks with StuBi.

StuBi and I are trying to build a Goblin Horde deck, since one of my friends is interested in co-op Magic.

Referring to people who play Magic, or users on this site, using terms like he, him, or guys, insinuates that only males play Magic.

Even if you didn't mean it that way.

It can feel extremely weird to be referred to by male pronouns, if you are female.

I reserve the right NOT to give assistance to people who can't be bothered to use gender neutral language.

Before You Give Me Suggestions

All suggestions made for my decks will be considered. That doesn't mean they will automatically be adopted, no matter how special you think they/you are.

I see decks very differently than most people. I know what suits my play style, and my local meta.

Think before making a suggestion. If you are going to insist up front that it is the ONLY thing that can make my deck better, or make snide comments about my choice of cards/theme, or if you are going to be a jerk in general, then save us both the trouble and just go away.

Do some research before pointing out that my cards aren't Standard legal.
I usually know What's In Standard

These folders contain all the decks I currently playtest against:

These decks aren't legal for play as they are built around a popular idea or a joke.

Cards I love that no one else does

These cards have worked well for me, but everyone else has told me to take them out of a deck.

These are the decks I have built from scratch, that I enjoy playing the most.

Never ask a pyromancer if that's the best she's got.

Let's Start at the Very Beginning