When Reclusive Artificer enters the battlefield, you may have it deal damage to target creature equal to the number of artifacts you control.

Nin the Sadist
by Apow_art 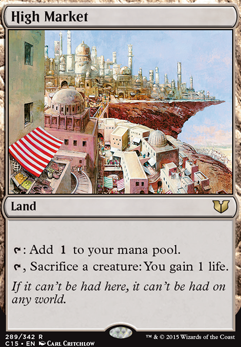 Going for a Jhoi Ride!
by HARDsofty

If I have Panharmonicon on the battlefield then I bring out a Reclusive Artificer the damage triggers twice, but can I choose two different targets or does it deal twice as much damage to the original target that I've chosen?

Yeah thought about the black removal but currently dont have too much of the good black removal and just got back into magic during ixalan, but would be great a great addition. Also if I did want to play standard would have to remove Reclusive Artificer and Looming Spires. As for Marionette Master, never knew that existed and seems a lot more efficient since youd need less than 10 (comparing to revel) treasure tokens to pretty much win the game. Thanks for the suggestions CpT_DiSNeYLaND :) will probably consider the marionette master.

No problem I am working on a standard jeskai improvise deck myself. Looking at what your deck does, Altar of the Brood or Sigil of Valor could be nice. Whenever I see Reclusive Artificer, I think it would be nice for standard improvise if it was legal. Improvise can be brutal and is almost broken without artifact hate or sweepers and is one of my favorite archetypes in standard.

I think a good place to start would be the uncommon gold cards in sets. That can usually give a good indication of what each color combination wants to do. For example, look at UR. Their deal is usually spells (Stormchaser Mage and Mercurial Geists) but can also be artifacts (Reclusive Artificer and Whirler Virtuoso).

I always love seeing dirt-cheap yet fun decks, like this one. I would change some things, though.

Welkin Tern and Flamerush Rider seem really out of place, and even just bad. Maybe add either Pia and Kiran Nalaar or Pia Nalaar? I think Reclusive Artificer would be a better choice than Arc Lightning, too.

If you wanted to add some red you could put some Reclusive Artificer and Ghirapur AEther Grid in to here, and it may play quite well. If so you'd probably want to put them in place of the Ulvenwald Hydra, Void Grafter and Sage of Ancient Lore  Flip.

Honestly I think that the Foundry + Sword combo works a little better than the Disperse + Flameshadow Conjuring + Reclusive Artificer/Thopter Maker X. The reason I think this is because of the fact that the Thopter Foundry and Sword of the Meek combo requires less cards, and starts happening earlier. The Flamshadow combo will start doing things on turn 5, whereas the Foundry combo will start doing things on turn 2. This combo is just better as an incremental combo and if you want to win by making a whole bunch of artifacts then playing a lethal Reclusive Artificer, you are essentially playing a weird version of storm. Although I'm not saying the combo couldn't be figured out in modern, I just don't know if it would actually be that good. But if you want to go down that road, I'd love too. One of my passions is building weird decks. But anyways, if you want to do that, then tell me and I'll take a look at it. But anyways, on to the splash.

Also if you want to play the Thopter Foundry + Sword of the Meek combo, you need to splash black just to play it. Otherwise you can't cast the Foundry at all. Secondly, Grixis is just amazing in modern. You'd have some intense sideboard tech in the way of Inquisition of Kozilek, Kolaghan's Command, Time Sieve, the list goes on.