Sage of Ancient Lore's power and toughness are each equal to the number of cards in your hand.

When Sage of Ancient Lore enters the battlefield, draw a card.

At the beginning of each upkeep, if no spells were cast last turn, transform Sage of Ancient Lore.

Sage of Ancient Lore occurrence in decks from the last year 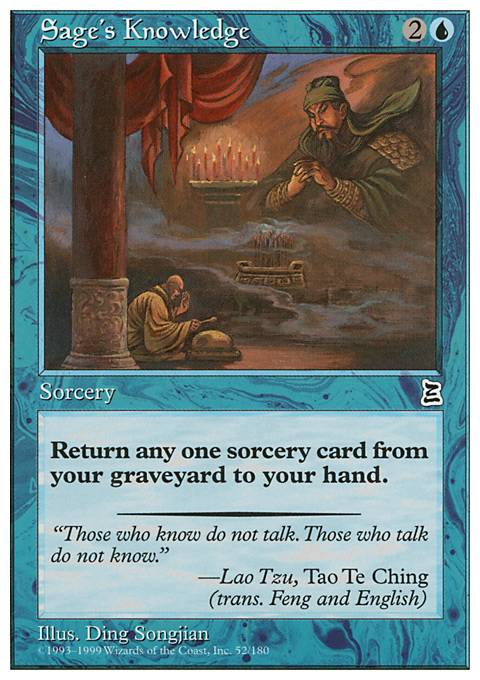 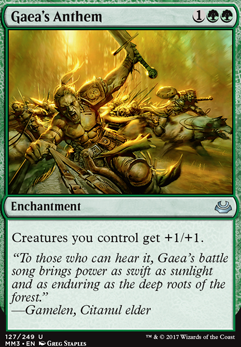 So I feel like Grothama, All-Devouring isn't as popular as it should be. I bring up some of the silly you can do in my In His Belly deck.

I realize the downside of maybe giving your opponents cards is pretty bad but you can mitigate it with things like Multani, Maro-Sorcerer and Sage of Ancient Lore  Flip.

Give Grothama lifelink and you gain 10 life for every fight! Really dumb if you give your stuff indestructible with something like Eldrazi Monument.

You can use things like Conjurer's Closet and Temur Sabertooth so you don't have to kill Grothama to draw cards off of him yourself.

Perhaps even scarier is that Grothama bursts out of the ground on turn 5 as a 10/8. Just a little pump and he two shots anyone out of the game.

Some other silly tricks exist too, if you are interested check out my deck :) Yes I'm doing this mostly to plug my deck but I also think it is odd how little popularity something with so many ways to mess with the game has.

On that final note feel free to bring up your own commanders that you think should be more popular and some of the dirty tricks you can do with them.

I have in my Roon deck most of what solarbeam said together with.
Panharmonicon
Brago, King Eternal, Eldrazi Displacer, Galepowder Mage
Reclamation Sage, Duplicant, Solemn Simulacrum, Satyr Wayfinder, Thragtusk
Wall of Blossoms, Wall of Omens all of the best "enters the battlefield, draw a card".Scrivener, Mnemonic Wall
Ghostway, Eerie Interlude
Displace, Ghostly Flicker, Illusionist's StratagemVanish into Memory
Hallowed Moonlight, Containment Priest, Sundial of the InfiniteThran Dynamo, Worn Powerstone
Sage of Ancient Lore  Flip has an "enters the battlefield" ability and packs quite a punch if transformed.

As you said before you really don't need all these creatures, but from my own experience I understand it can be kind of tough to find noncreature spells.

Other suggestions would be more ramp(was said before) and I think Garruk's Horde would be sweet.

Sage of Ancient Lore has no backside in Playtest