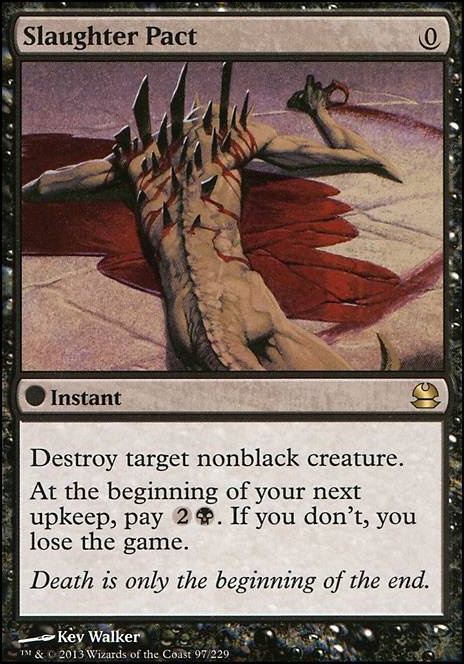 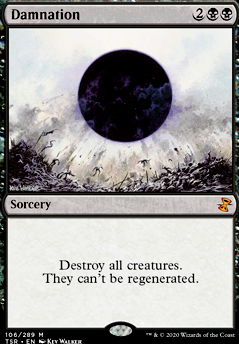 Retreat to Hive Mind
by jasonhuebner

I love the idea. I especially like the idea of using a pact of the titan or two on the end of the opponents first turn then untapping to cast angels grace, then following that up with sundial and taking extra turns. I would definitely add more to the mana base, especially if you want to cast Madcap Experiment. I would personally remove the madcap experiment package, the Mishra's Baubles and the Slaughter Pacts and add some more lands, a few Sundial of the Infinites a couple of additional gideon Planeswalkers, and Glorious End. Glorious end is great because you can let the opponent take their turn then cast it in response to them casting it to effectively counter it, or let them attack with everything and cast it to take your turn with their board tapped, or you could just cast it on their upkeep to effectively take another turn. you can also use it to end the turn with a lose the game trigger on the stack if you're in a tight spot.

Ill be researching cards from the past 4 months in the next week or so.

Personal note, I took a hiatus due to feeling that the "This game is not for you" mentality of WOTC has been too extreme. Im happy to say that Ill be back, but I will never again purchase a real card.

Hey MrNoodlesworth, sorry for the super late reply. I havenât had a chance to play much lately due to work. I added Grief (cutting Inquisition of Kozilek ), Dauthi Voidwalker (cutting Planar Void ), and Tourach, Dread Cantor (cutting Tainted AEther as you suggested, since Iâm running more creatures). I added additional Planeswalker removal in the form of Baleful Mastery and Murderous Rider , since lately I have had difficulty dealing with them. To make room I cut Slaughter Pact and Force of Despair . I also swapped Thought Vessel for Reliquary Tower so I can have infinite hand size for 0 mana. Sometimes I needed infinite hand size but didnât have the 2 mana to spend on Vessel.

Ever think about putting Hive Mind in your deck? it pairs well with Slaughter Pact & Pact of Negation .

Ponder might not be a bad idea and I have a few of them, Gitaxian Probe is also decent for knowing when to save a counter spell and I think I have one of those as well. Three Wishes is a really interesting card that I think would be a lot more fun in commander; I have a couple. Frantic Search might also be decent if you don't like what's in your hand. Cyclonic Rift is also really good and despite it being expensive I'm pretty sure we own one. Talrand, Sky Summoner is also a classic for this kind of deck, and there's also Murmuring Mystic . One of my favs that I think would work really well is The Locust God . Jace's Archivist is really interesting as well and can help you if you're top decking and hurt everyone else, another great option for the same thing is Whispering Madness . Torrential Gearhulk might be slightly pricey but he matches well with what you're doing. Lim-Dul's Vault is also super handy and can be pretty zaney especially for it being cheap. Disallow is pretty crazy too for blocking activated abilities. Bolas's Citadel is also worth looking at. Cursed Totem is really expensive but would also be CRAZY in this deck. Also check out Propaganda .

As far as removal goes, Go for the Throat is always a good option.There's also Slaughter Pact and Force of Despair . Preemptive removal like Sadistic Sacrament would be a great idea as well. Decree of Pain is good but it's mana cost is kind of high; Life's Finale is an equally viable card. Unsommon is super cheap, Boomerang , Undo , Snap , do more or less the same thing.

@Commander_JAR: Casual can also be a way of thinking in EDH (social contract etc. but that's a topic for a whole other discussion) and this is about the power level of the commanders, their associated decks, their place in the current metagame and the possibility of comparing the commanders with each other. There are simply a lot of green commanders who are more effective because they are cheaper.

Like enpc mentioned right, Vorinclex isn't that bad, he's an all or nothing commander, but he's always painting a big target on himself. Even if he's coming down Turn 5. Every of his opponents will try to remove him. Path to Exile , Deadly Rollick , Slaughter Pact , Assassin's Trophy , Beast Within , Kenrith's Transformation and I didn't even mention counterspells are all cards which are played in almost every deck right now, so Vorinclex often doesn't even survive a turn cycle. After that he already costs 10 mana, which is often to slow. Vorinclex is way better in the 99 of reanimator decks, where you can through him into the graveyard and reanimate it with cards like Animate Dead .