When this, enters the battlefield, each opponent discards a card.

: Exile this, then return this to the battlefield transformed under this creature's owner's control. Activate this ability only at any time you could cast a sorcery. Bridge to Superfriends
by ameliawebster

Is this a rule 0 deck? You normally can't have planeswalkers as your commander :) maybe Nicol Bolas, the Ravager Â Flip?

I was about to say!

I built a Dragonstorm deck around Nicol Bolas, the Ravager Â Flip but since took it apart for Mizzix of the Izmagnus. I miss running it in Grixis because Dragonlord Kolaghan is key to winning. Now I have to run multiple haste enablers to make Dragonstorm work in Izzet. I kept my original deck build on this site though in case I want to switch back.

The Ur-Dragon is widely agreed to be the obvious choice. If you can afford it, of course. Thing isn't cheap. But it's eminence ability is incredibly helpful, it's attack trigger is brutal, and oh yeah it's also a 10/10 flyer. No downside. Totally worth 9 mana. However, I don't like suggesting the obvious choices, just because... well, they're too obvious. If you wanted to build an Ur Dragon deck, it would be easier, and probably even better, to Google search "Ur Dragon Deck," than to take whatever suggestions I might give.

Morophon is a solid alternate choice. However, not nearly as good as Ur Dragon at doing basically the same thing. A lot of your dragons are monocolored, so Morophon would only reduce their cost by 1. And besides Scion of the Ur-Dragon, you have nothing that Morophon would reduce by more than 2. And Morophon has to be on the battlefield to do anything at all. All that on a 6/6 body that doesn't fly, which costs only 2 mana less than Ur Dragon, albeit without needing to have all 5 colors to cast it. In other words, Morophon for Commander of this deck would be a weaker version of the exact same deck with Ur as commander.

Tiamat would be better than Morophon, because it would be a somewhat different strategy. Goal there would be quantity. And since it sounds like you're going for as low of a mana curve as one could reasonably expect from dragons, it's probably the most apt design if you didn't want to use Ur Dragon. In fact, you could totally still put Ur Dragon in there with Tiamat as commander, just to be different. But the lower cost dragons makes Tiamat make sense as the choice. It would basically do what you probably intended Niv Mizzet to do, but infinitely more effectively. This would probably be my choice of the three.

Of course, you certainly also could use Nicol Bolas, the Ravager Â Flip as commander. The biggest downside to that would be it doesn't do anything dragon tribal except for simply being a dragon. But with Nicky, you'd go that route just because he's bad-ass. The card itself is powerful on its own, and having it right there in the command zone, ready to be cast whenever, is never bad. However, the best Nicol Bolas decks are designed differently, and not necessarily dragon tribal. He's best as commander when he's the main focus of the deck, not just part of the theme. So, as great as he is, my choice would still be Tiamat.

Sorry for such long comments, hahaha. Hopefully all of this is helpful. There's definitely some cuts I could suggest from your list to fit in any of what I suggested that you wanted to fit, but I'll let you mess with it first and not go even longer.

So, if I were to suggest...find a way to fit in Omniscience. It's a big spell but you are already running other big spells as well. Might as well get the one that will make your spells free to cast. If you do consider Omniscience, you may need Jodah, Archmage Eternal or Fist of Suns.

Otherwise, this is a brilliant strategy and I wish I thought of something like this before spending who knows how much on cards for my Nicol Bolas, the Ravager Â Flip Dragonstorm deck.

griffstick on Looking For Inspiration

There are so many humans in the game I feel if you were trying to put together something easy Sigarda, Champion of Light would be the easiest to build and likely the cheapest.

I'd stay away from Halvar, God of Battle Â Flip. It's mono white

Neheb, the Eternal storm is a neat approach but there's not gonna be much fuel to keep the storm going.

Elenda, the Dusk Rose is so good now that they changed the cmdr dies rules to work with her. Aristocrats are one of te most popular archetypes for good reason. It's strong and fun and Elenda, the Dusk Rose allows you to go wide and tall and generate tons of mana with altars . This is my recommendation.

Simic landfall is always strong everyone should try a landfall deck at least once. Playing a deck that has so many layers of triggers is so much fun. However Uro, Titan of Nature's Wrath isn't the best landfall cmdr.

Nicol Bolas, the Ravager Â Flip is surprisingly not that good. Grixis discard and control is very unfun for the table. But if that's your thing who am I to judge.

Esika, God of the Tree Â Flip god is such a unique deck however it's the way everyone is building it. It just looks like so much fun. This will be the hardest one to build because of all the Mythic rares and the 5 color mana base.

I like the last one too. Zacama, Primal Calamity combo feels fun. Not much to say here.

Harbinger69 on Looking For Inspiration

Hey! I'm looking for inspiration for new brews. I have a few commanders I've been interested in - feel to suggest which direction I should go with that commander, or suggest an entirely new one, I'm just looking for new ideas and fun brews.

The commanders I've been looking at are:

You're missing a few important cards that allow you to abuse etb/death triggers on everyones turn instead of once per round. These cards also have the added bonus of immediately protecting Marchesa as she enters.

Metallic Mimic , Sage of Fables , and Vigean Graftmage . Mimic is probably the most powerful of the bunch just due to versatility... name zombies for Grey Merchant or Vindictive Lich , dragons for Kokusho, the Evening Star , Nicol Bolas, the Ravager Â Flip, or Terror of the Peaks , or humans/wizards to protect Marchesa. Just sac as needed to reset the creature type.

I also run a synergistic etb/death trigger abuse Marchesa. Feel free to check out my list for other ideas. Upvotes on any of my decks are appreciated. Got 99 Upvotes And A Bitch Ain't One - Marchesa 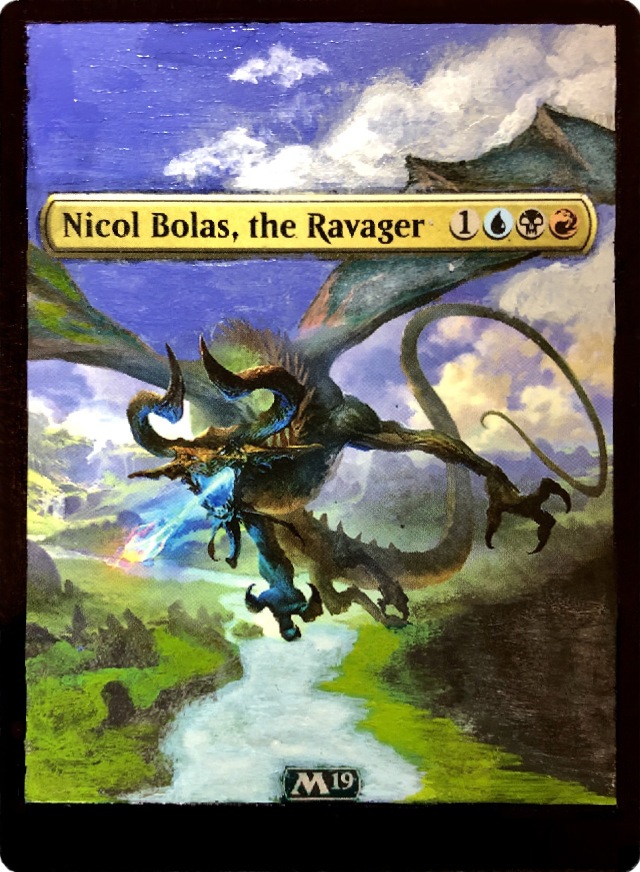 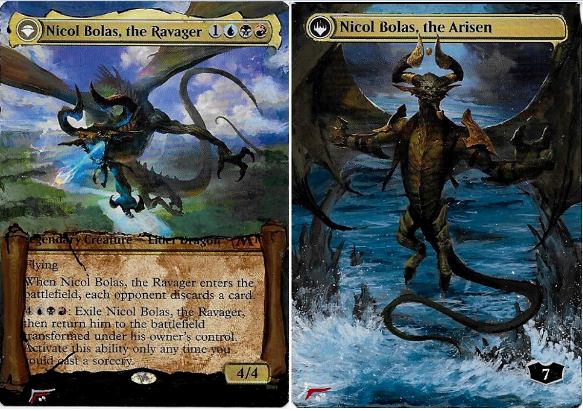 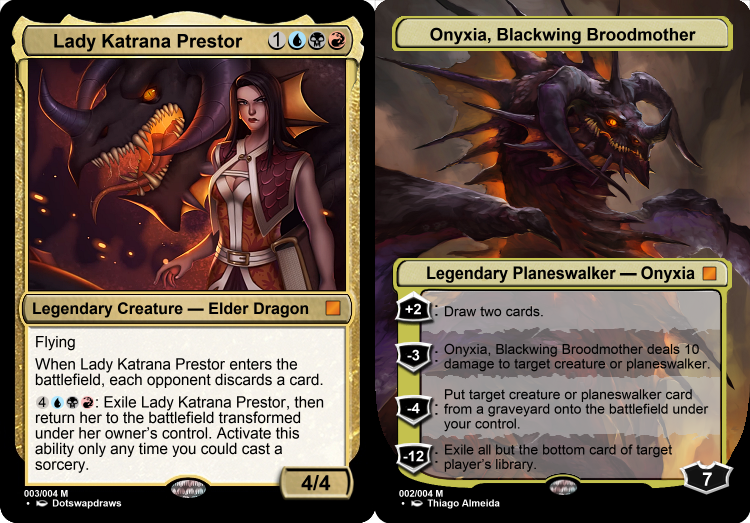 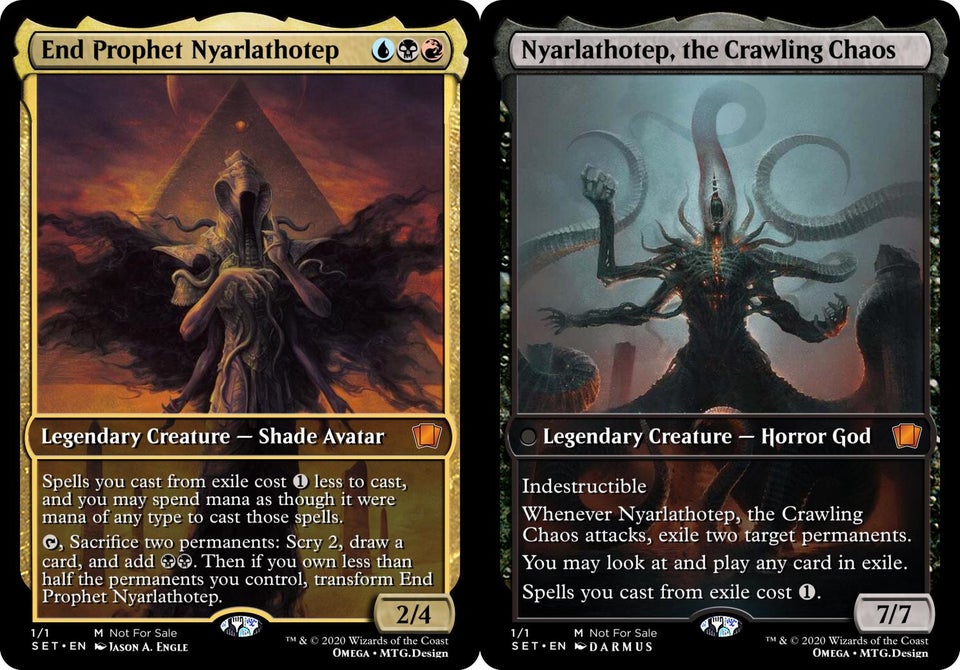 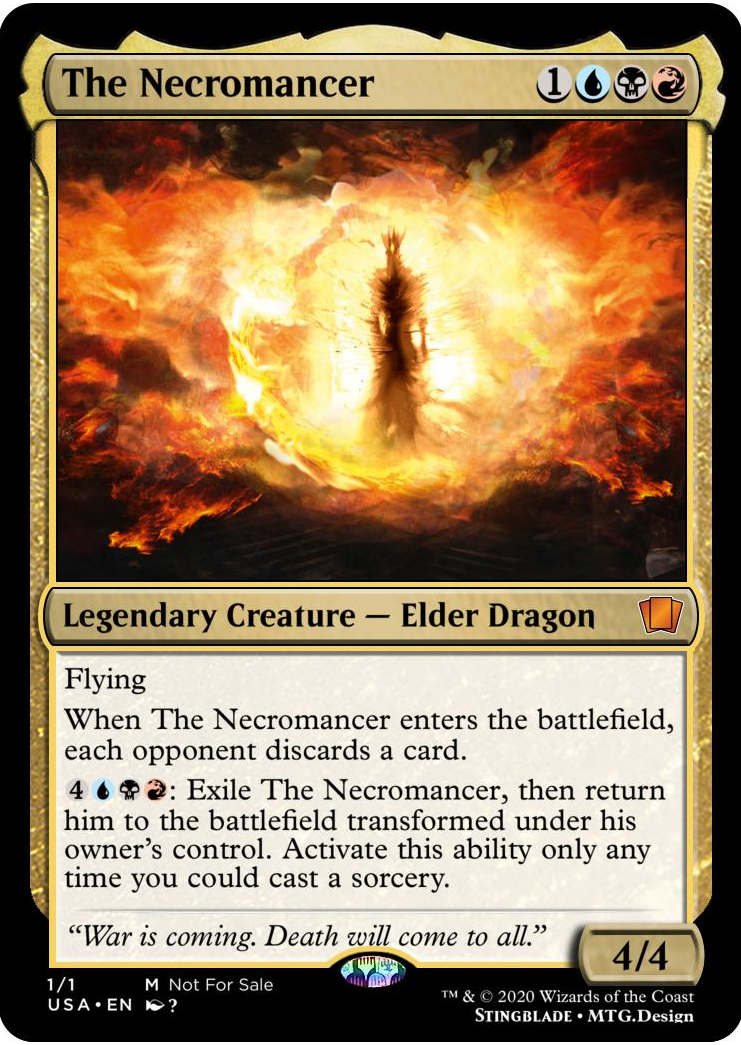 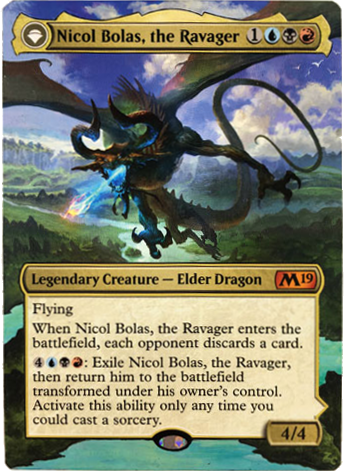