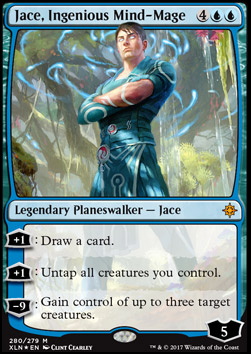 +1: Untap all creatures you control.

-9: Gain control of up to three target creatures.

Jace, Ingenious Mind-Mage occurrence in decks from the last year 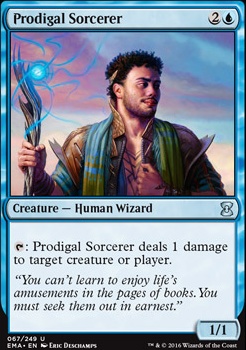 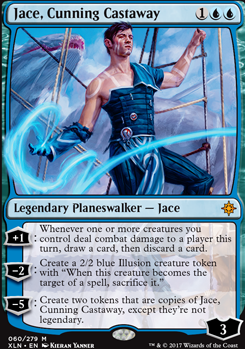 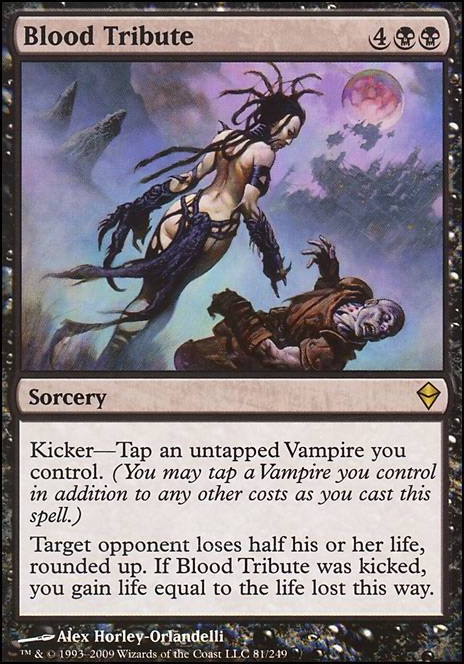 What? These are mere folks

I started out with a thrown together Merfolk EDH deck, even the Jace, Ingenious Mind-Mage . Two cards that got the table worried were Rhonas's Monument and Kefnet's Monument .

Cheap artefacts that reduce the cost of the merfolk to next to nothing, plus casting a few cheap merfolk could tap down all blockers, and buff your merfolk enough to do some serious damage.

Also, Murkfiend Liege is great once Kumena, Tyrant of Orazca is up and running, letting you untap creatures every upkeep and being able to tap them down during endsteps again for card draw/ +1/+1 counters.

Cool shell so far, but I definitely think it needs more mana ramp. Mayeb 4 more sources of your choice of artifact and land ramp, all probably around the 2-3 CMC slot. Since your deck is light on green I'd go the artifacts that tap for colors like Fellwar Stone , Wayfarer's Bauble , Commander's Sphere , Armillary Sphere , Coalition Relic .

I would look to cut Narset, Enlightened Master and Atraxa, Praetors' Voice . They are funny includes, but they are high CMC and kind of seem like "win more" includes.

Overall I'd look to knock the curve of the deck down a bit. I find decks start to really hum when they are around 3.5 average CMC. With that said, some of the higher cost plane walkers that aren't doing as much work for you might be Tezzeret, Master of the Bridge , Jace, Ingenious Mind-Mage , and Kaya, Bane of the Dead ,

I'd cut Nexus of Fate and Knowledge Pool as well unless you plan to abuse them in a way I missed.

And you can find better board wipes than Decree of Pain . is a tall order.

This deck definitely has all the win cons it needs, just make sure you have the card draw and smooth curve to ensure you get to them consistently.

Also, I'd look to add Dack Fayden and Dovin Baan . Both very good effects to drop in the mid game.

I've been having a lot of fun with him! He's really powerful once he gets going. Mishra's Self-Replicator and Sai, Master Thopterist make him amazing. I think Hostage Taker is a great idea! I could exile an artifact or creature for two mana (as long as Tezzeret, Master of the Bridge is out). I think I'll also put in Tetzimoc, Primal Death for more creature based removal.

That's a good point about One with the Machine . So far, I've cast it for 5 with Gilded Lotus and 4 with Traxos, Scourge of Kroog , and the third time I kept it in my hand because I didn't have a good artifact on the field. I might swap it out for Jace, Ingenious Mind-Mage .

I'm still experimenting with it. Let me know if you decide to build it! I think focusing on creatures, artifacts, and planeswalkers is the way to go because of Tezzeret's affinity.

Nightveil Specter ? Really strong flyer and it's a damage dealer as well as an exiler. If your opponent happens to play to similar colours, you can also steal their cards.

I would also put in another Ashiok, Nightmare Weaver in place of Jace, Ingenious Mind-Mage . Jace doesn't do as much as Ashiok, and considering Ashiok is often targeted fast, it's nice to have a backup.

Hello, my friends. I got same thoughts about mill with Persistent Petitioners with Rally to Battle . But for more budget and stabile version, ill suggest you to get rid of white color and add some(2-3) Jace, Ingenious Mind-Mage instead. Also u can add some Mass Manipulation to main deck.

Not enought draw for psychic, you should try 2 X Patient Rebuilding and 1 X Jace, Ingenious Mind-Mage