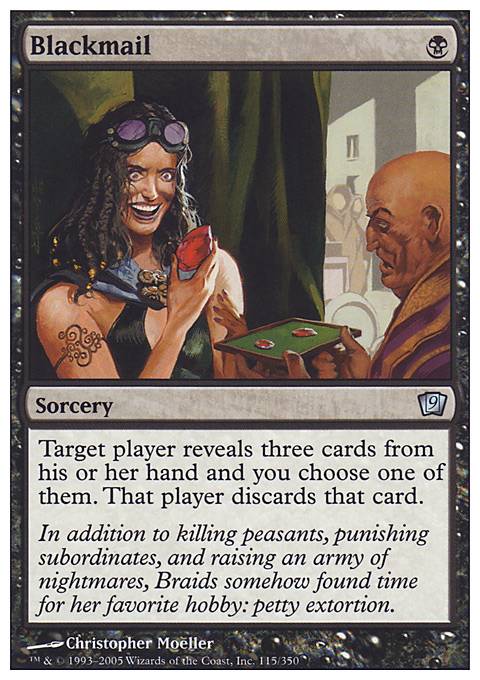 Target player reveals three cards from his or her hand and you choose one of them. That player discards that card.

For Assholes Only 3: THE TRIGGERING
by Yolo_Von_Bieberswag 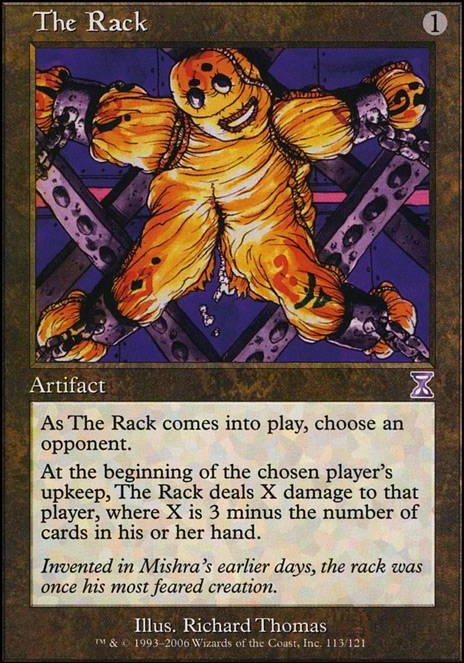 A Real Attempt At Specter Tribal
by Jackfrost23 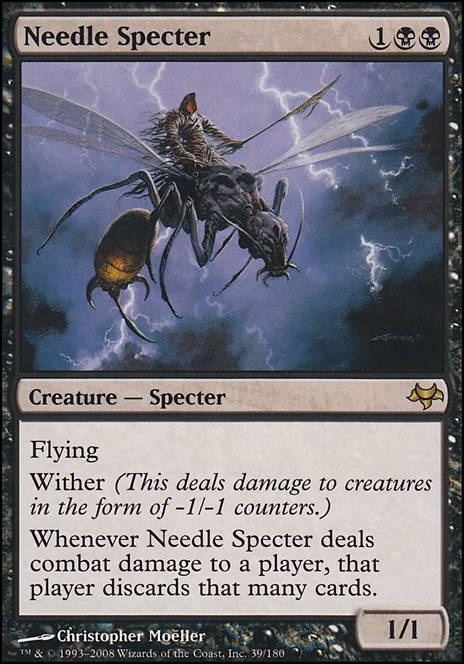 I like what you have for a starting point.

Your selection of spells, creatures and Your one planeswalker are solid choices. I will be detailing what you can do for making the deck work a bit smoother and most of it is relatively budget friendly.

1) For triggering revolt with push all you need is a mix of Terramorphic Expanse and/or Evolving Wilds. They are fetchlands that are each under a $1. Only problem with them is that you can't fetch up shocklands since they only get basics. To better take advantage of them for revolt I would heavily suggest You get two copies of Urborg, Tomb of Yawgmoth. Last I checked urborg was only $15 Canadian. I did read the above comments and I understand where you're coming from and I respect your train of thought.

2) I would add two copies of Isolated Chapel. When I last checked they were Sitting around $5 Canadian. They make it easier to cast your white spells and don't interfere with casting your black spells.

3) If you ever felt like changing out sign in blood you could go with Night's Whisper. Since using sign in blood on the opponent isn't all that common to do, you can switch and still have access to this effect. The upside you get is an easier to cast spell in case your opponent has blood moon while you have some nonbasics.

4) For budget hand disruption spells you could either go with Duress or Blackmail. Last I checked duress is like $0.05 Canadian and blackmail was $5 Canadian. They are by no means close to Thoughtseize, but hand disruption is most effective when you know how and when to use it.

Lastly, I would say for an optimized list I Would remove and add the following cards.

All in all you have a functional list. If you do go with my recommendations I would save up and wait to get the cards that are $5+. For a reference on my prices you can check this site. https://www.facetofacegames.com/search.php?search_query=Terramorphic%20expanseÂ§ion=product

Wanted to ask this community:

Me preferring Blackmail because it forces the opponent to make decisions on how exactly they'd like their life ruined.....

I like it, it's much more evil and because it can take lands, your opponent has to have a garbage hand for it to not hit something insanely important. And it's cheaper.

Nevermind I just saw them in the sideboard lol, but I would still replace the Blackmail with it or maybe some other cards because once you have enough discard cards it doesn't matter as much whether you choose the cards they discard or they do.

Relentless Dead definitely needs inclusion; Iâd swap out the Blackmailâs for a playset.