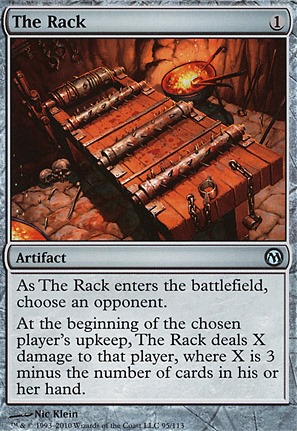 As The Rack enters the battlefield, choose an opponent.

At the beginning of the chosen player's upkeep, The Rack deals X damage to that player, where X is 3 minus the number of cards in his or her hand.

The Rack occurrence in decks from the last year 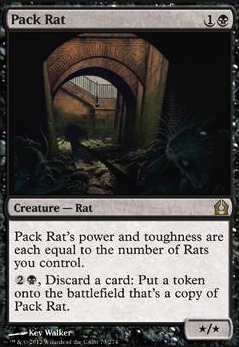 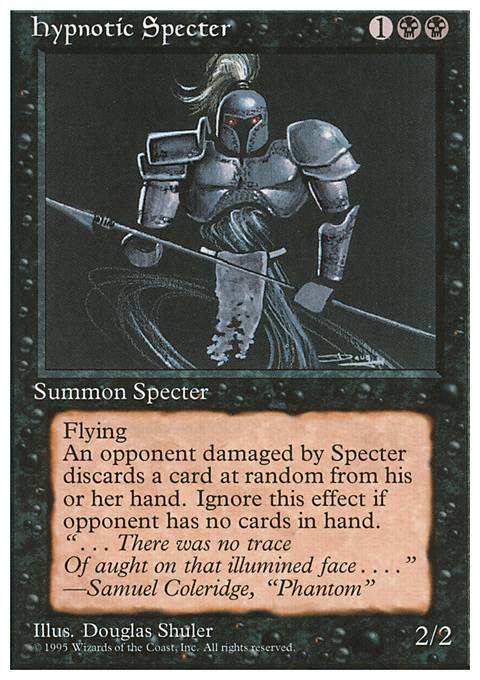 Have you considered adding The Rack as a alternate finisher?

Hey, so if you want to play discard you might want your opponents to have cards in hand to trigger your various discard trigger. As for another Land Geier Reach Sanitarium maybe add The Rack and Asylum Visitor . In general in EDH not only focus on your own strategy but always include some disruption for your opponents. Games might go long so include various card draw possibilites. You might also want to work on your curve and include more 1-3 mana spells and cut some 5+cmc.

Funkydiscogod my dude you're on to something. Everyone plays Sygg as unlockable creatures and basically watered down Edric, Spymaster of Trest , but I think the correct way to play him is as a discard deck!

Run the low cost symmetrical discard effects and mitigate the downside by drawing cards on everyone's turns from all the The Rack type effects everyone else will be suffering from! Throw in discard synergies and Madness cards and you've got a deck.

Alright I've got work to do. Thanks for the help