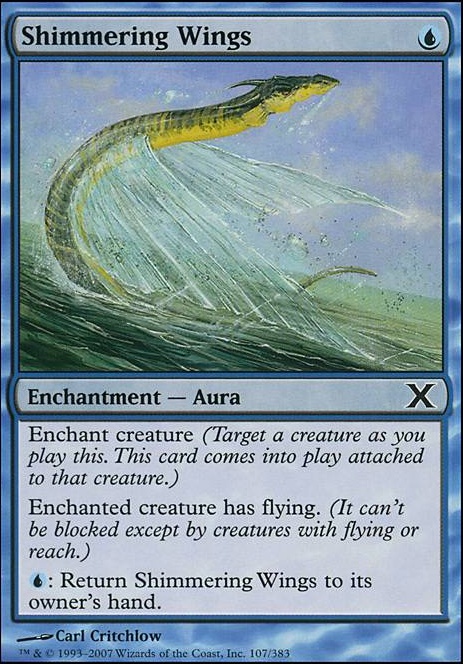 Shimmering Wings occurrence in decks from the last year

Malcolm, Siren of The Flying Dutchman | V-STX
by Beebles 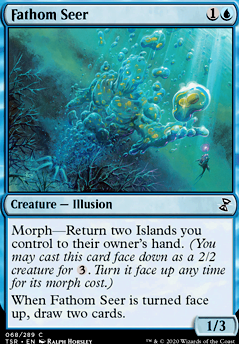 Rafiq of the many Enemies
by Jhi69

Jeska and Ishai, You did it to yourself.
by Lines82 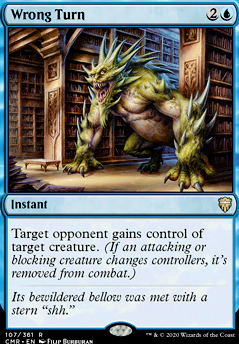 There are some cards in your maybeboard that shoudn`t be there, they should be in your deck:

-Exploration: It can allow you to cast a turn 2 Tuvasa, which can be critical. It's also nice to be able to play two lands per turn in a deck that can draw lots of cards, woudn`t you agree?

-Song of the dryads: One of THE removal spells in Enchantress. It can be VERY hard for some colors to remove, you can effectively turn off your opponents commanders with it, until they can find removal, which leads us to the next card:

-Privileged Position: It's one of those cards that can turn a game upside down just by themselves. It's more important in enchantress decks because you can copy it Mirrormade, and because many of your removal spells will be permanents as well Song of the Dryads, Imprisoned in the Moon, Grasp of Fate.

Lastly, if you run copy effects and Sigil of the Empty Throne, you might want to consider Shimmering Wings, a cheap way to give Tuvasa flying, and you can cast it again and again to make angels.

enpc Arcitect/Pala is in there mainly for when I can get Walking Ballista , and I'm also looking for another insta-win or two to go with it. But it's also something I'd be willing to cut, at least Pili-Pala .

Shimmering Wings I like, for the name and infinite token potential. I just wish I had stronger non flyers that I'd want to put wings on. Hmmmm..

I like big fliers, but can see what you mean with Coat of Arms . Good thing I'm the tribal guy in my group.

I'm not a fan of Coat of Arms . It always seems win-more to me, especially if your play group runs a lot of tribal. I also think that here the Grand Architect / Pili-Pala combo isn't very good. You only have 3 infinite mana sinks in the whole deck and one of those is Steel Hellkite .

If you want some pure jank, Shimmering Wings lets you repeatedly make a token for 2 mana.