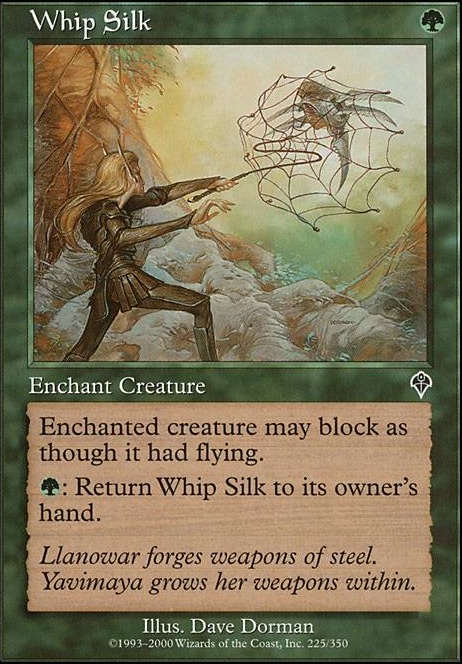 Enchanted creature has reach. (It can block creatures with flying.) 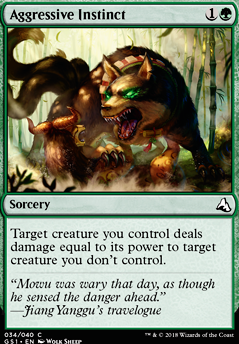 Whip Silk is the only thing that is a hard reccomend

My suggestion would be to run Flickering Ward over Whip Silk. Having more ways of protection and evasion is never bad. Only downside is you have to be careful to not remove auras already attached to your creature with protection from green and or white. Also would consider Gryff's Boon, more evasion and it is re-curable.

Here are a few great includes that I should have mentioned the first time - Scythe of the Wretched to steal creatures you fight, Foe-Razer Regent to get lots of value, Darksteel Plate for protection and nonstop fights, and Frog Tongue for another enchantment cantrip.

As for my own version, I'm leaning toward focusing on the Hydra ability and cutting most of the aura / fight mechanic ability, except for Whip Silk because it's repeatable and just too good not to have. Thanks and good luck!