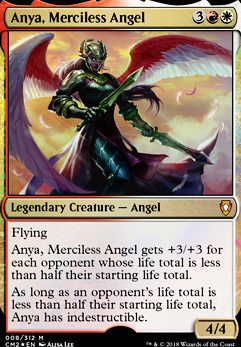 Build. Around. Your. Commander.

I see quite often decks select a Commander, but the cards within the +99 or +98 (or even +97 if you're a madlad) have almost no true synergy with what their Commander wants. For example, if you want to build Basandra, Battle Seraph then you need to understand her personal goal: "Players can not cast spells during combat". The best way to build her is to lock yourself in as much combat as possible, preventing anyone from interacting with you. Cram as many additional combat spells and abilities into the deck and ensure you are hitting 3, 4, hell even 7 combat phases per turn and win before you reach the end step.

Want to build Horde of Notions? Ask yourself: If I am able to play Elementals from my graveyard, how do I get them into there? Answer: Discard and mill. Dump your library ASAP to play everything. Your graveyard becomes one massive tutor.

Daxos the Returned? You better have dozens, like +80% of your nonland cards, be enchantments. I've seen decks with like... 12 enchantments? My guy what are you doing??

Basandra, Battle Seraph is bot legal in modern therefore she can't be played in this deck

Sinish, Queen of the Skies-

Companion- Each creature card in your starting deck has flying.

Whenever a creature attacks you, any number of target players may pay . Each player who does exiles the top card of their library. For as long as that creature is attacking you, players can play cards exiled in this way without paying their mana costs.

Same challenge, but I want to you decide on a legendary creature by randomly scrolling through https://scryfall.com/search?as=gridℴ=name&q=%28type%3Acreature+type%3Alegendary%29&unique=cards and choosing one that looks fun. 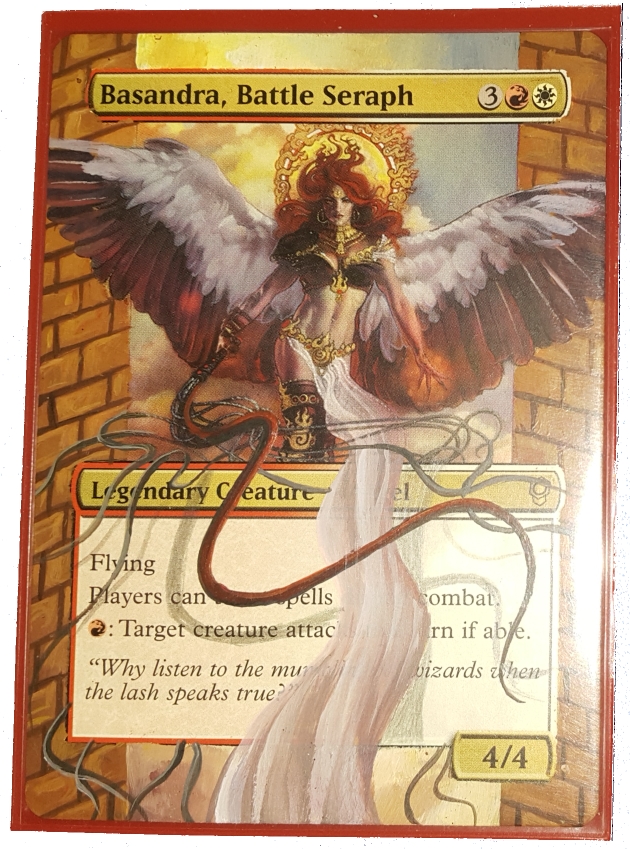 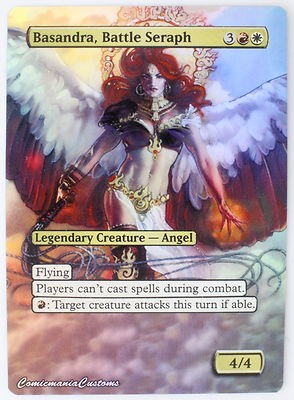