Hoppin' into Pauper
by GemKnightDante 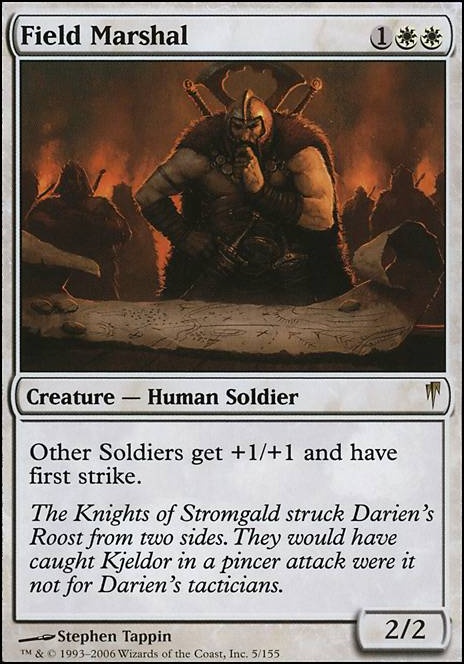 For The Polis!!
by Dacecifo

Upon re-reading the question, I think I see where the confusion is coming from. When Render Silent says "counter target spell" that means YOU are choosing the spell to target that RS will counter. It does not mean that you are choosing a spell that itself is targeting something. Most Magic cards are phrased in a similar way when they target something. Catapult Master exiles a creature YOU target, not a creature that is targeting something itself. Font of Ire deals damage to a player YOU target, not a player that's targeting something else. The wording is "target x". For the alternative, look for wording similar to "that targets x" like in Battlewise Hoplite's heroic ability, Reparations, or the aforementioned Confound. This will let you know the card cares what other things are targeting.

There aren't too many options for blue humans in pioneer unless you go towards a more spell-slinger style deck with more instants and sorceries. For example, Shu Yun, the Silent Tempest or Battlewise Hoplite are both great humans with more noncreature spells in support

ZendikariWol on War of the Spark: Spoilers â¦

hejtmane, like I said, I'm not worried about my casual play: doing slow sh_t with myself and my broke friends. They're presenting so many curve-shattering creatures in this set, I'm worried. Neheb, Storrev, Feather, Ilharg, Vitu-Ghazi, Tomik, Flux Channeler, Evolution Sage, even Tenth District Legionnaire is a strictly better, color shifted Battlewise Hoplite

@Peoyogon thank you so much for the nice words! I take a lot of pride in making this page pretty for everyone :) I certainly feel PDH is growing steadily and that the resources we make are having a big impact. Between the Compendium, Primer, and our discord (link in description) I've seen hundreds of new faces in the community.

I see you have a very low mana curve and you are running very few creatures; I respect that. Did you consider creatures with Bestow? As auras they trigger Battlewise Hoplite but can also be deployed as blockers if needed. Is the Bestow cost too high?