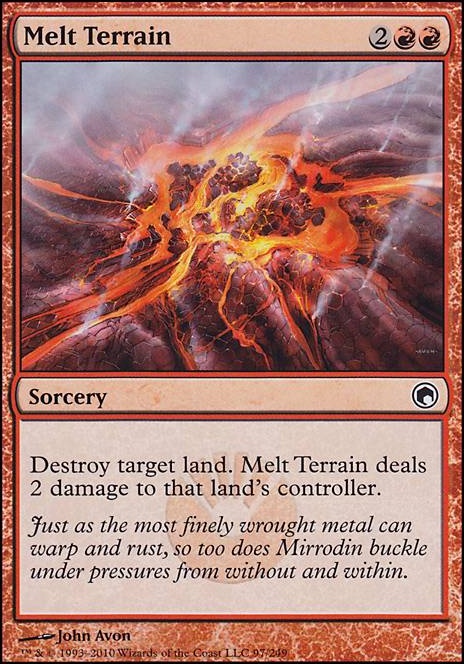 Zo-Zu, the Punisher (Spanky)
by Samothrace 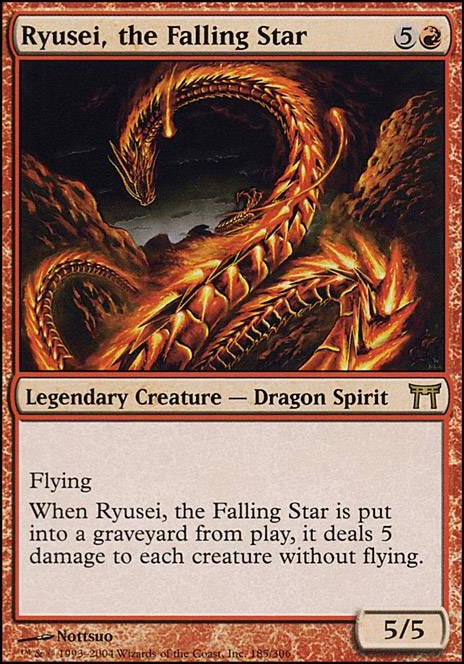 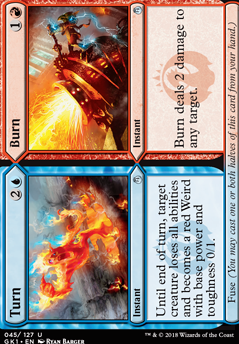 a bunch of frikin chandras
by greygooses 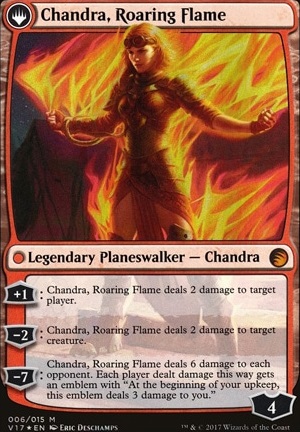 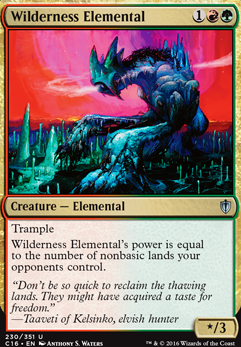 Are just some of the great land destruction cards available!

Screw it, nobody gets any lands.

Seismic Spike and Melt Terrain, instead of Price of Progress and Acidic Soil. If your destroying lands, they wont have many lands to get use out of these cards.

I liked your deck build and it gave me a few new ideas. I currently trying to build the same deck. Here are my thoughts:

Shatter and Shattering Pulse are great cards in this deck. There is nothing like clearing everyone else's artifacts with 2 mana. Demolish also has great potential costing 2 more mana but you could choose to instead destroy everyone else's land. On that note having Craterize, Melt Terrain and even Peak Eruption flipped on top of your library will devastate your opponents. These plays however will definitely not let you slip under the radar and you will be everyone's target.

If you can budget them in Volcanic Island and Madblind Mountain are also great choices for lands.

Here's a few creature's I am thinking about having in my deck: Young Pyromancer chump blockers help.Nivmagus Elemental for when Time Ebb and others are in my hand. Nivix Cyclops might help for top decking a ton of cheap spells. Spellheart Chimera an obvious add with flying, IMO. Kiln Fiend could be fantastic with Fling.Mercurial Chemister helps to draw cards. Opaline Unicorn and Burnished Hart for mana ramp. Galvanoth but only if the deck runs a lot of scry and big spells. (That is most likely too many creatures but with Fling in your hand or on top of the library opponents might think twice about how they block.)

This is my first post. I hope that I can help others the way y'all have me on this site. I really hope my cards display correctly.

Sintaxe feel free to message me.

AND THE MOST IMPORTANT OF THEM ALL Roiling Terrain

Thanks for the suggestions! Chandra is not my win condition, her minus 2 allows me to destroy 23 lands. I was thinking about Koth, and was planning on adding some Ghost Quarter. Also Shivan Wumpusis either land destruction or win-con. Melt Terrain I will keep in, and I will think about bolts. For board prescence I have board wipes. I still need a sideboard, so I might have room for these cards. Thanks!

Hello, I am still a little new to the modern scene. But i like what your deck looks like. The one suggestion that i would make would be to add a little more direct burn. So that way you can have a "board presence" so to say. It will give you something to do while your opponent is setting up, And it will help since you have no turn one options. My suggestion would be to take out the Crumble to Dust and out it in the sideboard against something like tron. Also take out the Melt Terrain. With those cards out it gives you the chance to run two playsets of cards. One playset of Lightning Bolt, and another of Rift Bolt. those would be the direct burn i was talking about. And another suggestion would be Koth of the Hammer. Koth would give you the best game ending planeswalker neg ability you could run in this deck style. Maybe take out one Chandra, the Firebrand and one Shivan Wumpus for two koths. And lastly i would suggest maybe running some Ghost Quarter to help with more land hate. Other than that this looks like a very fun deck idea.

The goblins would be even better in your deck than they are in the other one I sent you: they are a reliable win-con wich continues to lock your opponent out of the game. Three of those, along with two Chandra and Koth will be more than enough in my opinion. But the best card I can suggest is Young Pyromancer. Early it will provide blockers, and late it will also be your best win condition. I would remove Melt Terrain in order to lower your curve, and one of your Anger of the Gods for it is not really synergic. ;)

On another note, if you need to purchase expensive cards, use magiccardmarket. It's european and most of the time it will take time for your orders to arrive at your place, but the Chalice is only 12 euros (13-14 dollars) there. ;)

WOW thanks for the response!!

I mean, most people don't do this. Thanks truly.

You make a valid point about reducing my end game cards. It may seem insignificant but I you convinced me to at least reduce thrag to 1... maybe. I'll run draw % calculations to see what difference it would make.

This deck badly needs more removal which makes this appealing. A lightning bolt wouold be wise because its 1 cost and like you said I can hit the enemy directly for a last bit of necessary dmg.

I made many lando decks and I started with dmg output like the cards you suggested. Optimally that kind of deck with cards like Roiling Terrain, Melt Terrain, Poison the Well, Pooling Venom, etc is good but it only cuts it close. That deck model evolved to a heavy creature base with Avalanche Riders, Goblin Ruinblaster, Acidic Slime, and others to give the deck some bodies which was better. But then there were some blunt weaknesses like fighting control decks and mono-colored decks like merfolk, then affinity...

Then I moved to this deck's predecessor which had stuff like Simic Sky Swallower so when I cast it it STAYS!! but then rock decks with Liliana of the Veil just wiggle by do to sacrifice.

All my experiments over the span of 2 yrs led to this current model with life gain. It lando/ramps up to big critters that WILL do something when they enter (life gain or token) and do somethign when they leave (life gain or token or Batterskull reequip.) I found that even a small life gain greatly enhances this decks performance as the predecesor lando models hardly scraped by when it won and when it failed. This way, all the life gain and big creatures make this deck get way out of reach.

so that's the logic/history/ etc.

Lightning Bolt is considerable because it's removal early game. I like that. end game it has a purpose too.

COULD YOU SHOW ME YOUR LANDO MODEL !!! PLZ PLZ PLZ I always love looking at others. it gives me ideas!