Whenever you cast an instant or sorcery spell, create a 1/1 red Elemental token.

Young Pyromancer's Party of One
by brokendwarf 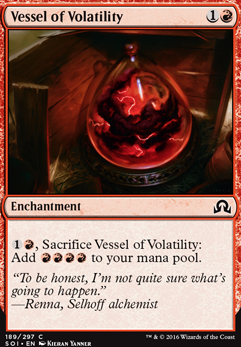 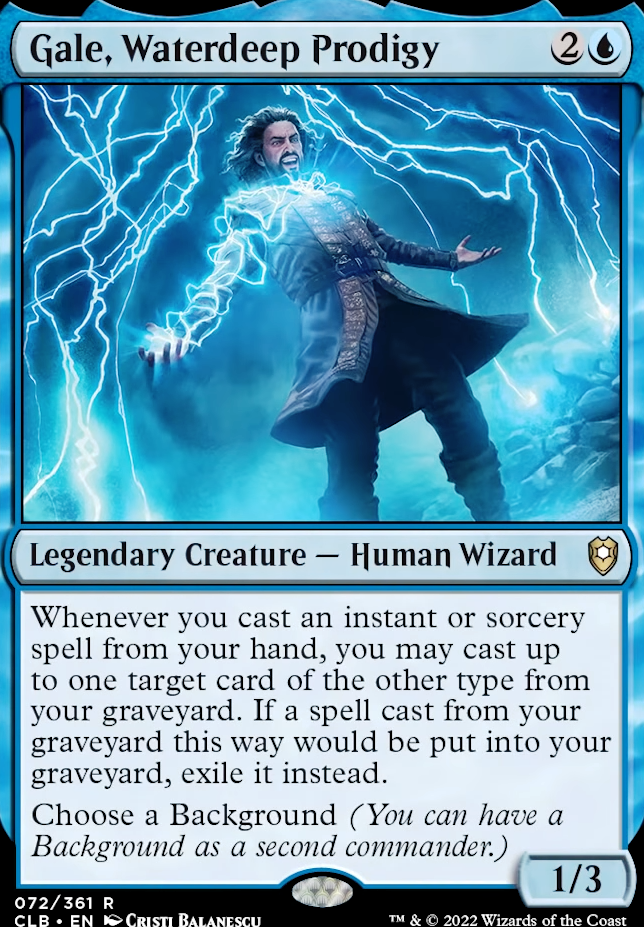 I also have been dabbling with jeskai tokens.... besides Monastery Mentor there is Young Pyromancer and Poppet Stitcher Â Flip which I have been using with great success... Raise the Alarm is also nice for instant speed synergy with stitcher.

As the proud owner of an admittedly kinda janky Zada deck, Storm-Kiln Artist and Young Pyromancer are your best friends. My deck is mostly focused on building a board and one-shotting the table with combat tricks, but a more controlling line using Zada as a draw engine with cantrips could be pretty fun. Possibility Storm can really screw with your opponents as you still get the copies of your spells from Zada anyway. Finally, A hilarious finisher I used once was Harnessed Lightning and Arcbond, The latter of which is just really good in Zada, the former being insane if you have any decent energy payoffs like Lightning Runner

@ColonelCards the Goal/win condition of the deck is to play Poppet Stitcher Â Flip and or Young Pyromancer/Monastery Mentor and cast instant and sorcery spells to create a large number of Tokens... when poppet stitcher transforms into Poppet Factory Â Flip the tokens become a swarm of 3/3's... casting thing like Opt, Consider and Faithful Mending create tokens and get more cards in hand to cast additional spells for removal or countermagic to snowball into just having an overwhelming board presence of creatures/tokens beating the opponent down.

pikapete typically a Burn/RDW will outpace most responses and it may even kill the opponent before they can cast a Thragtusk. The downside of mono red is that it is weak against Leyline of Sanctity. However sometimes it may just kill the opponent via beatdown.

This particular list is well equiped to handle Leyline with Guttersnipe and Young Pyromancer.

I just don't agree too much with Increasing Vengeance and Shock. Because the opponent will always try to push you to topdecking mode and these cards aren't that good in these scenarios. Shock is too low on damage to be good in my opinion.

Past in Flames also seems a bit weird because it would need a ton of mana to make it useful. 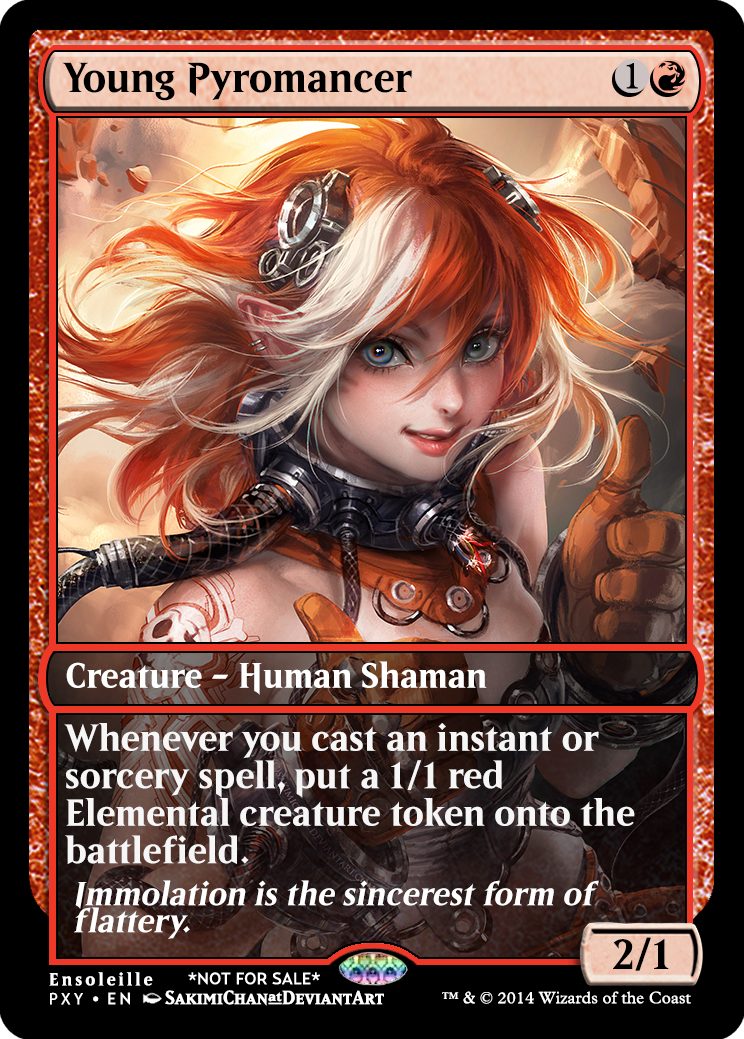 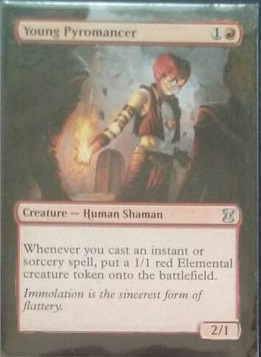 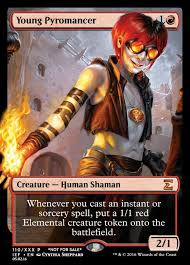 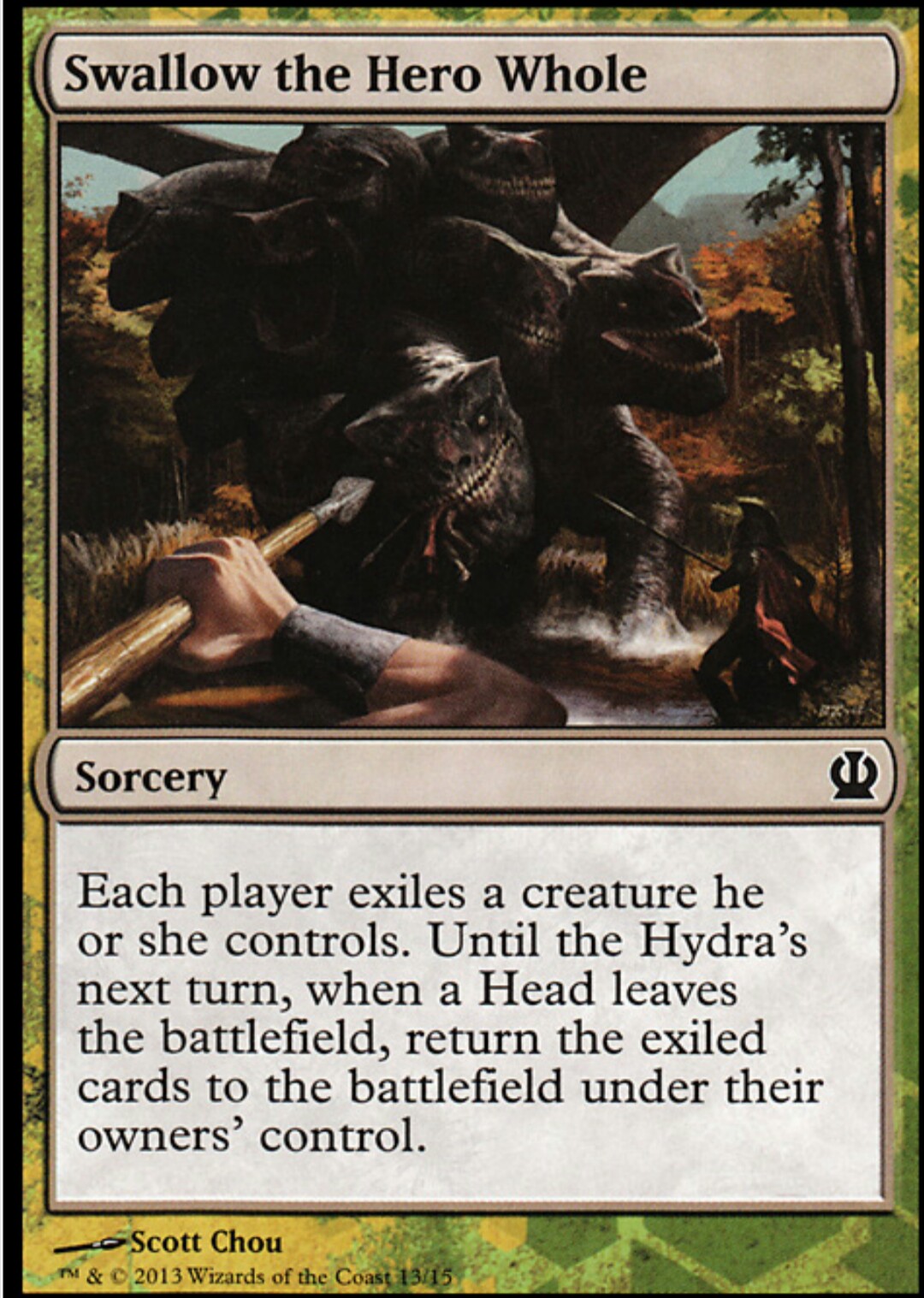 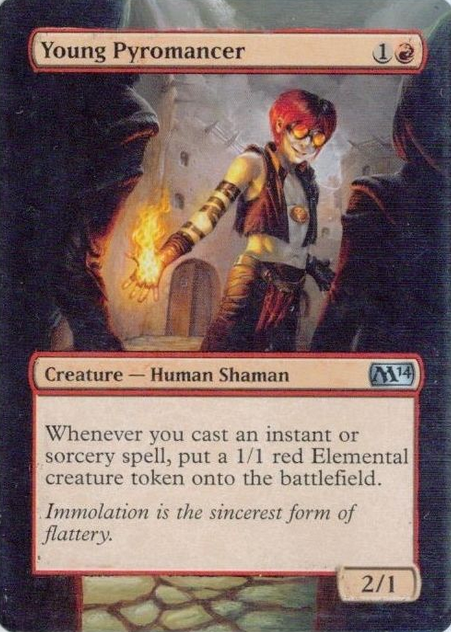 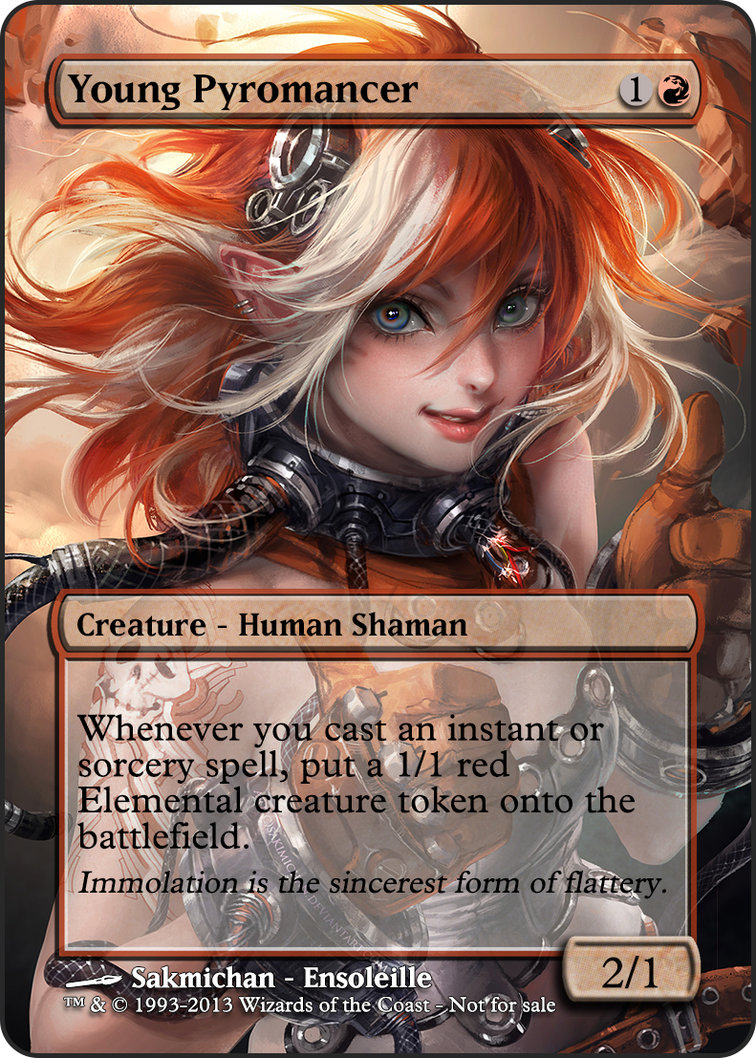 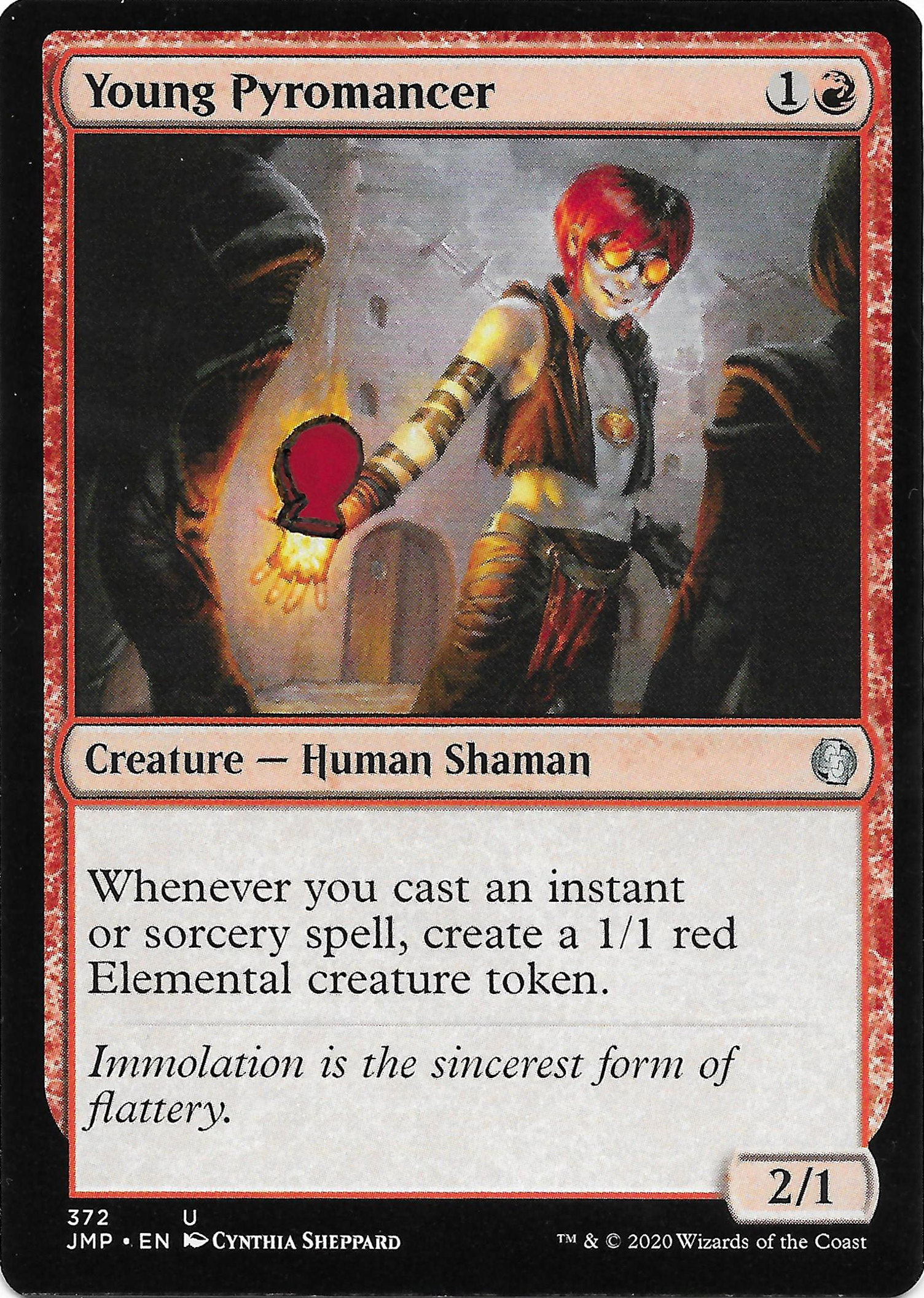