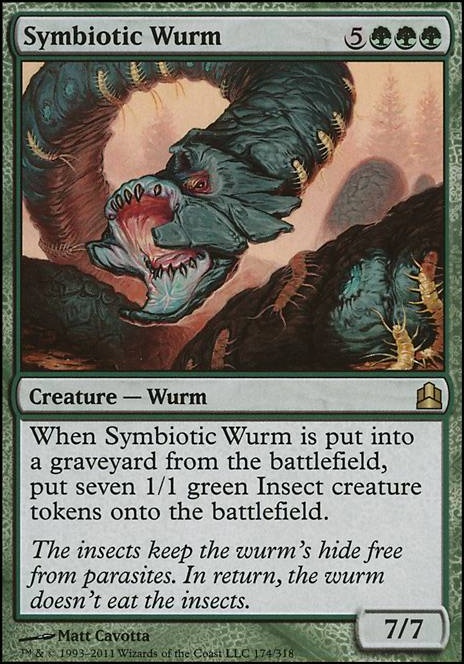 Symbiotic Wurm occurrence in decks from the last year 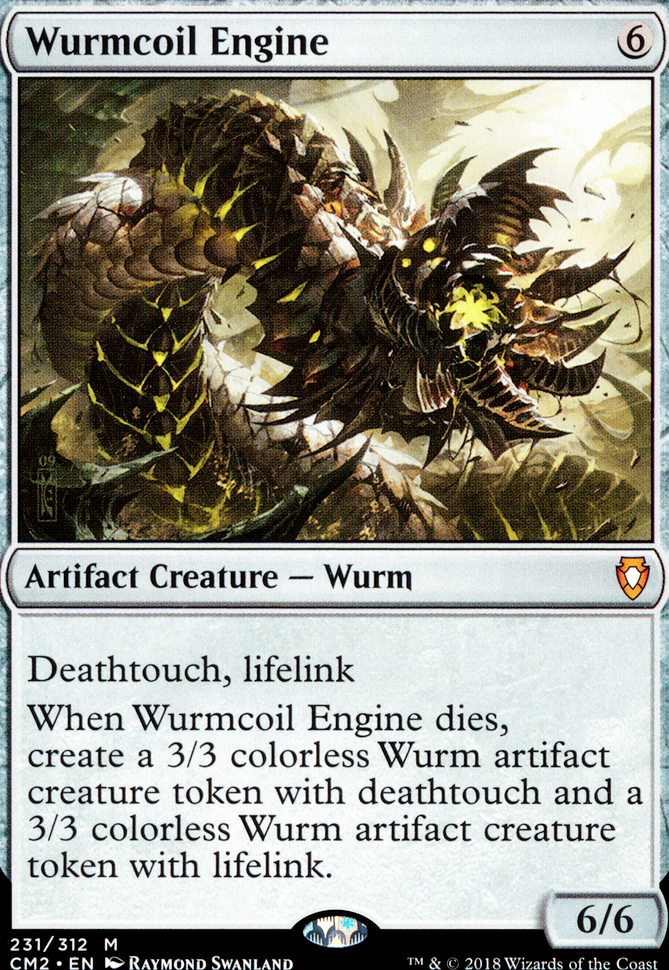 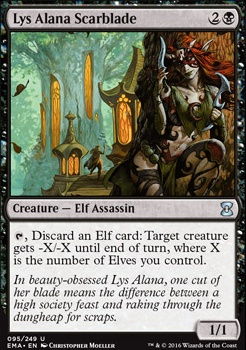 you'll probably like Symbiotic Wurm, Nantuko Husk, Scute Mob, Skylasher, and Mazirek, Kraul Death Priest since they all fit the theme, colors, and synergize well with your other cards. As for budget lands, I suggest Evolving Wilds, Jungle Hollow, Terramorphic Expanse, and Golgari Rot Farm. Good luck finding all the cards you need and welcome back to magic!

As for your Timmy combo, Protean Hydra has always been a favorite of mine. I once considered a black/green brew with him and Vampire Hexmage. Sac the vamp to double his counters!

Monogreen casual Timmy decks always bring me back to my first few years of playing Magic. Reminds me of my favorite combo of Protean Hydra (my first mythic rare ever) and Shape of the Wiitigo. Good times.

Depending on how much you emphasize Arbor Elf + Wild Growth/Overgrowth, Mungha Wurm could be a pretty great midrange drop.

I also have to recommend Symbiotic Wurm as a nasty classic. Have fun brewing!