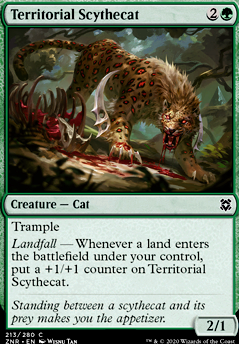 Whenever a land enters the battlefield under your control, put a +1/+1 counter on Territorial Scythecat.

the beauty of Landfall
by inker6405 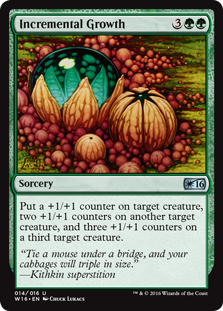 The More the Better
by GoodGuyKy 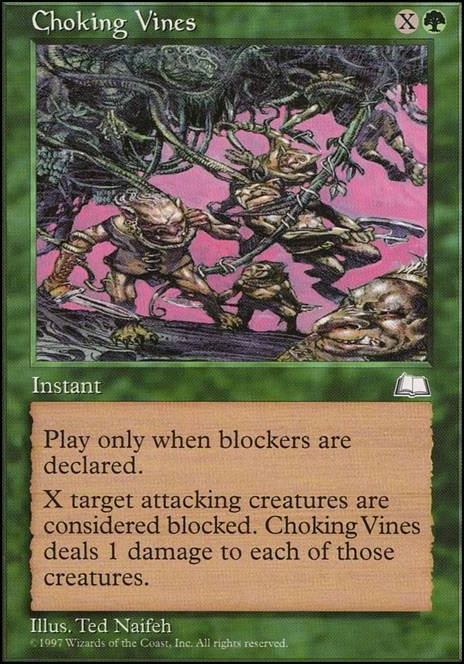 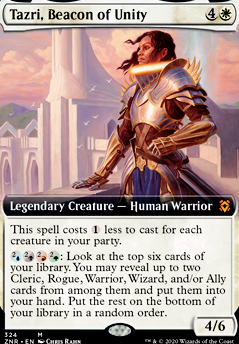 General Notes: I see a whole lotta fatties and some ramp but not too much interaction. I'd definitely cut some of those high cmc cards and replace them with more low to the ground creatures. Also, imo splashing white would be a lot more useful than splashing black because you can use Steppe Lynx and maybe Path to Exile along with white's sexy sideboard suite, and Ol' Obby is not worth the splash. I haven't tested Nissa of Shadowed Boughs , but if she turns out to be op as fuck, then I would suggest adding some black removal at least like Push and Trophy .

In modern, ramp like Cultivate and Kodama's Reach are gonna be way too slow. I'd definitely cut them. If you want ramp of this kind, then maybe Search for Tomorrow . Also I don't really see why Crackle with Power is there, although I guess you could cast it for a decent amount with the ramp and Lotus Cobra . Another "ramp" spell I think is worth trying is Atarka's Command . It can ramp, bolt the opponent, pump all your creatures, clap your opponent's lifegain, etc. Also can't forget our boy Lightning Bolt .

For creatures, I'd at least cut Ob to 1 copy, if not altogether. Same with Omnath, Locus of Rage , unless you want to lean more into the elemental tribal. Territorial Scythecat does not seem worth it. I like Ancient Greenwarden , but it costs 6, and it doesn't actually do anything by itself either, it depends on other landfall creatures, so I'd also cut that to 0-1.

To replace some of these cuts, I suggest more aggressive creatures such as Steppe Lynx as previously mentioned along with Brushfire Elemental . Wayward Guide-Beast is really interesting as well.

For lands, fetch lands would obviously increase the deck's power significantly, but I assume you aren't using them because of budget constraints.

Don't really have anything else to add rn but if I think of smth I'll be sure to tell you.

My first version of this deck included Feline Sovereign in place of Iridescent Hornbeetle. The rest of the deck uses landfall to ramp up creature attack and defense. 1 Felidar Retreat and 1 Territorial Scythecat on the field for 2 landfalls will produce a 6/5 kitty with trample and vigilance. Prowling Felidar will also get very big, very quickly. Both these cards are in the deck because they will grow into monster cats. Iridescent Hornbeetle is the best token generator for this deck and with Prowling Felidar will produce a swarm of 2/2 tokens with vigilance and ": tap creature that your opponent controls"

Profishkeeping Thanks for the feedback! Both cards would definitely be viable options. I went for Territorial Scythecat instead of Scute Swarm because it's quite decent against token-/weenie-decks (because of trample), but I guess this is a matter of taste. Azusa, Lost but Seeking is a nice idea, but with her in the lineup the deck would be even more susceptible in the early-game for it would lack a 3-Drop threat. But I'll playtest her to see if I can ramp with her so fast, that the deck will transition into the late-game way earlier. Then she would be absolutely worth mainboarding.

nice deck? why dont you run cards like Azusa, Lost but Seeking to hit even more landrops and mabye Scute Swarm instead of Territorial Scythecat ?